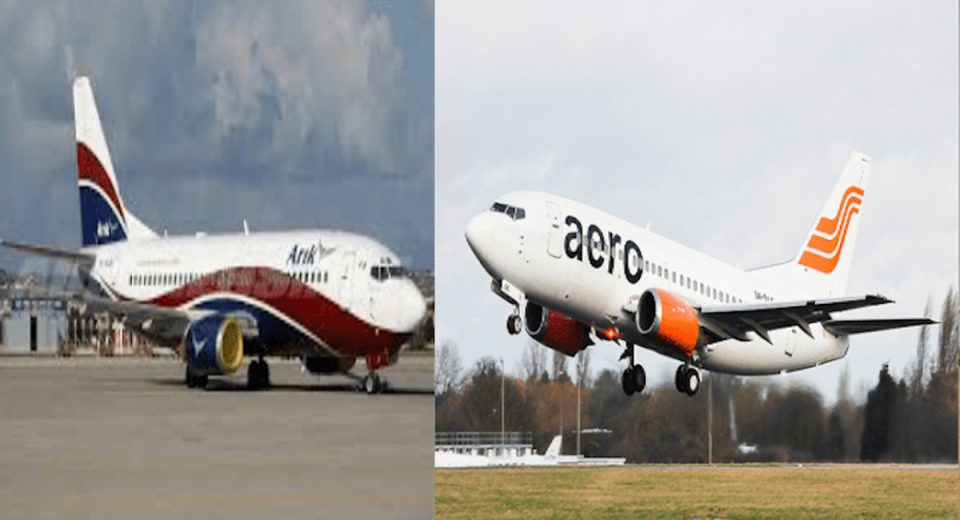 There are strong indications that stakeholders are considering a merger between Arik Air and Aero Contractors, two airlines under the management of Asset Management Corporation of Nigeria (AMCON).

This, THISDAY learnt, would be in response to the difficult times facing airlines, especially with the disruption caused by the Covid-19.

The CEO of Aero Contractors, Captain Ado Sanusi, said the merge could be a possibility, if the federal government was desirous of ensuring the survival of the airlines.

But he pointed out that the history and origin of both companies was different, adding that their current circumstances also differ despite the fact that they are under the management of AMCON.

Despite that, Sanusi said financial experts could also look at the two companies, straighten them up and bring them together so that they would become stronger and serve the country better.

According to him, the purpose of running the airlines was to provide greater service to the people, stating that airlines provide logistics that is safe and fast, so every effort should be made to ensure the airlines survive.

The Aero CEO, however, pointed out that although he does not think merging the airline was a good way to go, he said the federal government has the legal right to adopt merger, using very good consultants.

“Aero and Arik can come together but the history of those companies are not similar; their origin and circumstances are different, but government can get financial experts that can look at the two companies and put them together to make sure we serve the public better. “I hope that the federal government is not going to lose that objective because airlines provide efficient logistics that is safe and fast. I think that government has the legal right to do anything, but I don’t think that it is a good way to follow for the two airlines, but I believe that if you get very good consultants, there is nothing that is impossible to do,” Sanusi said.

Spokesman of AMCON, Jude Nwuzor told THISDAY that he was not sure that such plan was on the cards yet, but noted that the two companies may not be compatible for such merger and assured that he would make further enquiries about the plan.

Industry consultant and CEO of Aglo Limited, Tayo Ojuri told THISDAY that the condition the two airlines are presently may not allow them to merge their operations.

But, he pointed out that in order to survive many airlines in the world are adopting merger and acquisition post Covid-19.

He noted, however, that if Aero and Arik merge they would become strong contender for investors.

“I believe it is the way to go and they should giver it consideration,” Ojuri said.

But he argued that Aero Maintenance should not be part of the merger because that branch of the company, which generated over N350 million last year, was doing well and could stand on its own.

“Aero Maintenance is a different entity and it has been doing well. I don’t think they should sell off that part. It generated N350 million last year and aircraft are lined up to be maintained. They have a strategic alliance with foreign partners, which is very good.”

Industry stakeholders have been canvassing for interlining, merger and acquisition of Nigerian airlines to ensure the survival of domestic carriers and they believe that when they work together they will benefit from economy of scale, share spares and attain strong synergy that would enable them survive.

They had noted that with interline, three airlines, for example, at low hours could use one aircraft to airlift passengers and save themselves cost of fuel and other logistics and above all, operate full load, instead of each airline airlifting few passengers to the same destination.

Over N600bn allocated to education in 2018—Osinbajo