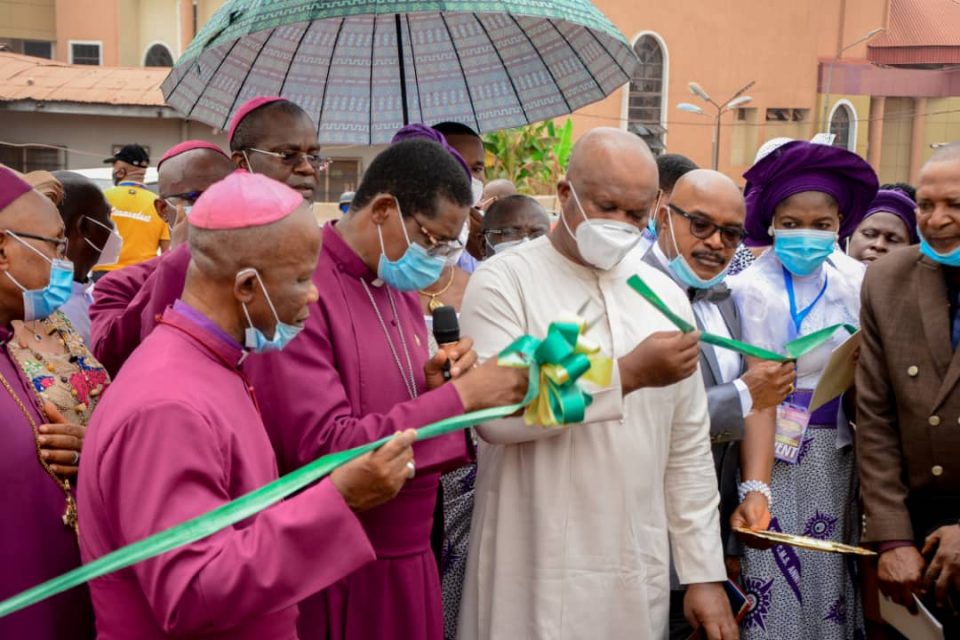 ….. As Primate Ndukuba worried over system failure in Nigeria 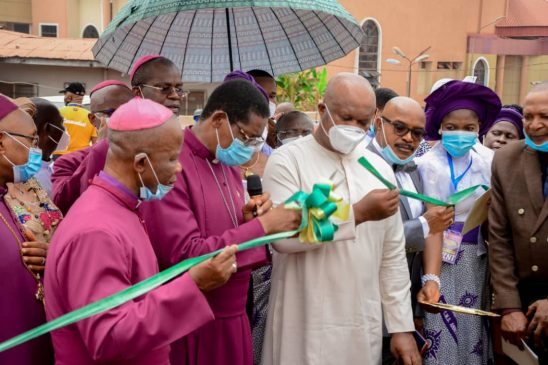 In his usual character of contributing immensely to the development of humanity, the Chairman, Oilserv Group Nig. Limited, Engr, Sir Emeka Okwuosa and his Foundation donated over N4 million towards the construction and completion of four newly completed road projects at All Saints Cathedral, Onitsha, and a new secretariat built by the diocese on the Niger. 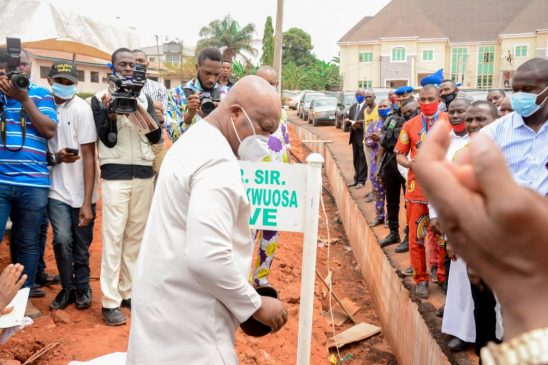 In his speech  Engr Okwuosa, who was represented by his brother, Sir Azuka, the Director of Engr Emeka Okwuosa Foundation and currently an All Progressives Congress (APC) aspirant for Anambra 2021 gubernatorial election, said that Engr Okwuosa had not looked back in his philanthropic gestures in the areas of helping the less privileged in society. 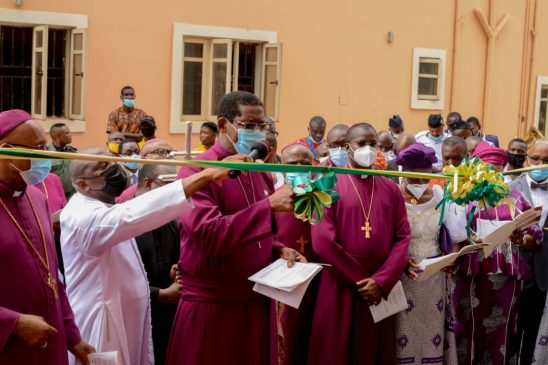 He explained that the Engr Emeka Okwuosa Foundation had been engaged in exposing the unemployed to skill acquisition and provision of healthcare delivery system.

Okwuosa who constructed a long stretch of road that joined the Cathedral with the Bishop’s court, said he did that to partner with the church and as his own contribution to the growth of the church.

Engr Okwuosa who donated over N 4million to the church road infrastructure, was also supported with another N1million from his brother, Mr Azuka.

He said that the foundation will not hesitate to support God’s work and impact positively to the development of humanity in the State and Nigeria at large.

Archbishop, Metropolitan and Primate of All Nigeria, His Grace, the Most Rev Henry Ndukuba, has commissioned four newly completed road projects at All Saints Cathedral, Onitsha, and a new secretariat built by the diocese on the Niger. 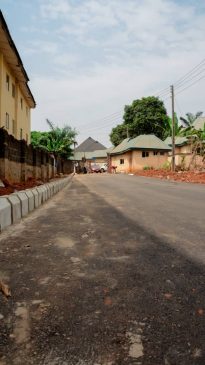 The projects were a diocesan secretariat road named Archbishop Henry Ndukuba Drive; Cathedral main entrance road named after Bishop Alphonsus Onyeabor; Cathedral Awka road entrance called Archbishop J.A. Onyemelukwe drive who was said to be the Bishop that completed the All Saints Cathedral, and the Cathedral road to the Bishop court named Engr Sir Emeka Okwuosa’s drive. The new road was said to be constructed and sponsored by Engr Okwuosa. 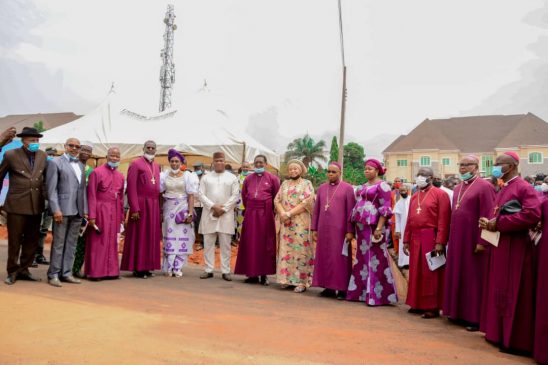 In his sermon, the Primate expressed the need for the development of humanity as opposed to having many structures.

He metaphorically urged Christians to always build on the rock that would provide a solid foundation for the building and avoid erecting their buildings on sand that would not stand the test of time.

He added that the house that would resist the storm must have a solid foundation.

He noted that such buildings were bound to easily collapse and fizzle out.

He declared that Christians should make solid foundation a priority in anything they do to attract God’s approval.

Primate Ndukuba linked his message to the Nigerian situation which system he said had collapsed as a result of the non-existence of solid policy making and implementation.

According to him, Nigeria is in a trying period where everything has failed.

‘Our security has failed, our economy has failed and the entire system has failed. Corruption has taken over.

There is moral decadence and system decay because of a poor foundation. COVID-19 has exposed how weak and bad our health system is. Some churches have failed.

‘We won’t take anything for granted. Our lives must be built on Jesus. Beautiful edifices cannot amount to anything if the foundation is not laid in Jesus.

“The church should be prepared for a difficult time that is coming. The persecution has not even come. Christians should know that the storm is around the corner,’ he concluded. 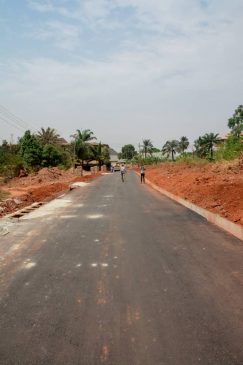 The Primate appreciated the Bishop on the Niger, Rt Rev Owen Nwokolo in his strive to develop the Cathedral. He described the newly built Secretariat as Jesus’ workshop.

No Increase in Fuel Price in February – NNPC

Reps probe NNPC over alleged $25b spent on refineries