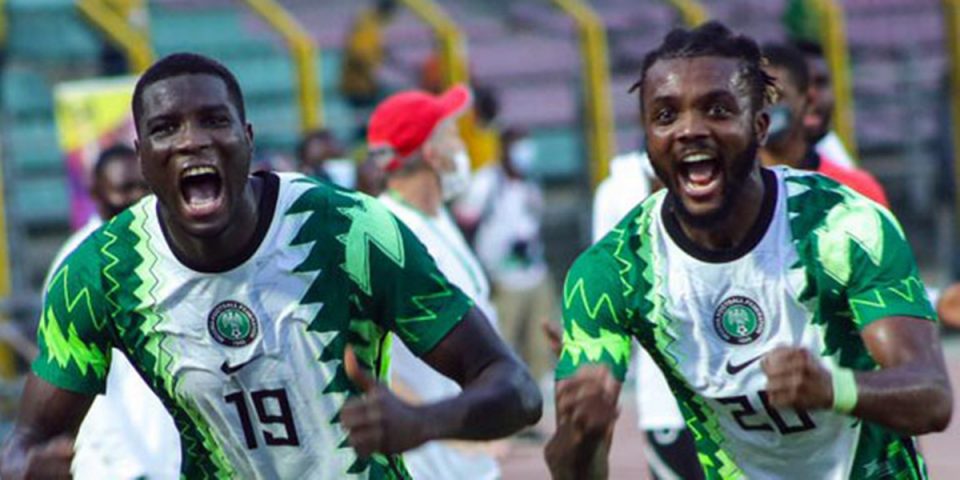 Some football enthusiasts in Lagos have expressed their excitement for the lone goal scored by Super Eagles player, Paul Onuachu, against the Squirrels of Benin Republic in Day 5, Group L match in the 2021 Africa Cup of Nations (AFCON) qualifier.

Speaking after the match on Saturday, the football enthusiasts said the goal has made their weekend beautiful.

Onuachu headed home the lone goal in the 90th minute of the game after he substituted Leicester City’s Kelechi Iheanacho, which many enthusiasts believed was a wrong decision.

Nigeria has, however, qualified for the AFCON after a goalless game between Lesotho and Sierra Leone. Nigeria now has 11 unassailable points, a clear four points ahead of second-placed Benin.

The Super Eagles will confront the Crocodiles of Lesotho at the Teslim Balogun Stadium, Lagos, in what will be their first encounter in Nigeria’s commercial and economic capital in 10 years.

Mr Akosa Sani, businessman, said that the eagles may have taken the Benin Republic team for granted for the first half of the match, but was happy they got the three points.

For Mr Friday Chukwu, also a businessman, he was quite excited by the goal, stressing that he celebrated it as if it was the qualifying goal.

Çhukwu commended Coach Gernot Rohr for the foresight, noting that he was not happy when Iheanacho was replaced by the goal scorer.

Mr Segun Adejaye, an IT expert, said it would have been disastrous if the Super Eagles had failed to score, stressing that there were rooms for improvement for the team.

Adejaye, however, was not happy with the coaching crew substitutions, stressing that the players may be good but faulted the technical crew.

Mr Oluwasegun Thompson, a student, said although Nigeria won the match, he did not see any impact from the coach early enough in the game.

“I am very happy over the lone goal. I am not disappointed with the team, they did well. Even if they had played a draw, I commend the coaching crew and the players,” said Mr Rotimi Alegbe.

Mr Peter Amos said when the substitutions were carried out, he knew that something positive was coming at the end of the game.

Coach Rohr as saying before the match that his wards would approach the game with the intention of picking all three points.

“We are keen to restore a winning mentality to the group ahead of very crucial matches that we have ahead.

“It is important that we earn victories in the upcoming matches so that we get into our paces for the FIFA World Cup qualifiers. There will be tough games to come and we need to be rearing to go,” Rohr said