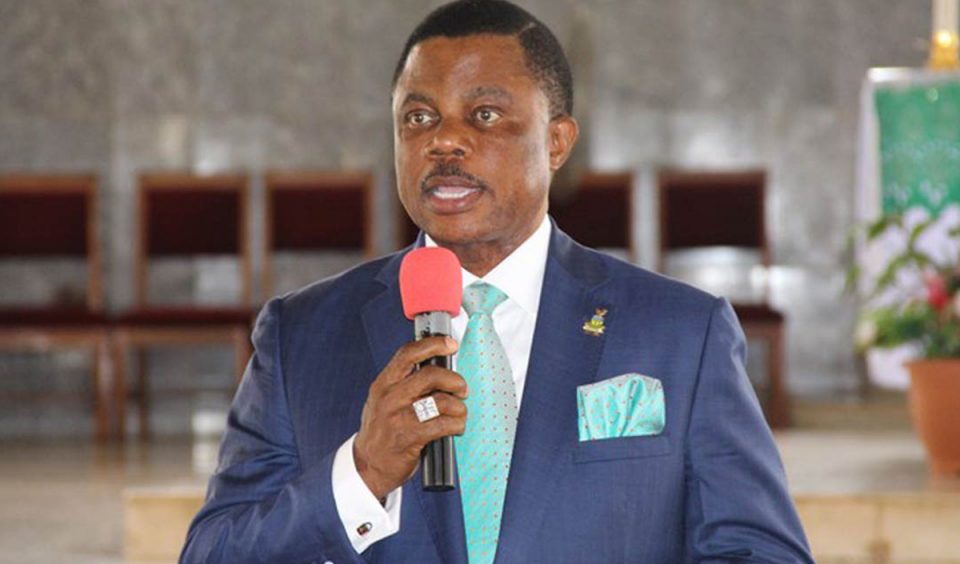 The Anambra State Government has asked President Muhammadu Buhari to bestow commensurate national honours on two indigenes of the state in appreciation of their “path-changing contributions to national development”.

According to the Commissioner for Information and Public Enlightenment, Mr C. Don Adinuba, the government made the request for the conferment of high national honours on the chairman of Air Peace, Chief Allen Onyeama, and the chief executive of Innoson Motor Manufacturing Company, Chief Innocent Chukwuma, in a letter which Governor Willie Obiano sent to President Buhari this afternoon.

Commissioner Adinuba explained that the government’s recommendation to Buhari was against the background of the second Embraer plane from which Air Peace acquired recently out of the 13 it ordered from the Brazilian manufacturer to boost its local and regional operations and the honorary doctoral degree which the University of Calabar conferred on the Innoson chairman at the weekend.

“These two gentlemen are deserving of everything in gold”, Governor Obiano wrote in the letter to the president.

“They have changed the narrative of Nigeria’s development for the better.

“The whole nation remembers with nostalgia how Chief Onyema sent his wide-bodied aircraft to South Africa two years ago to bring back free of charge hundreds of Nigerians stranded in the country when South Africans launched xenophobic attacks on our fellow countrymen”.

Chief Obiano stated that if not for Chief Onyeama’s intervention since 2014, the Nigerian civil aviation industry would have collapsed or been in a comatose state.

“He invested a fortune in it and ensured that Air Peace maintained the highest standards in the world in terms of the state of the art equipment, safety, staff training, as well as ground and in-flight services”, he said.

The governor commended the carrier for reviving and developing airports across the country like Akure Airport in Ondo State which, he noted, were practically abandoned for years.

H also praised Air Peace chairman for his decision to build a hanger for the repair and maintenance of various aircraft at Anambra International Cargo/Passenger Airport which is nearing completion and for his role in the effort to get Embraer to build its maintenance facility for the African region in the state.

“These two projects”, he argued, “will go a long way to make our airport a truly air transportation hub in Nigeria, if not the whole of West Africa, as envisaged by the government which has ensured that it is the most modern airport in the country and the airport with the longest runway in Africa.
“The world’s biggest planes can land there easily”.

Governor Obiano described the Innosson chairman as a revolutionary in the country’s quest for industrial development.

“Not even the colossal government failure to sustain motor assembly plants in Nigeria over the decades could deter this entrepreneur, who went into business with modest means as motorcycle seller, from dreaming big and building the nation’s first motor manufacturing firm.

“Only a tough-minded, visionary and patriotic Nigerian could venture into industrialization on a large scale as Chief Chukwuma has done, considering the poor state of infrastructure in the country like electric power and the high cost of funds, to say nothing about hypercometition from Western and Asian automobile multinationals.

“The constant and remarkable improvements in Innoson vehicles have added to their competitiveness; they compete on both quality and price.

“Today Innnoson motors are sold all over Nigeria and beyond, thus flying Nigeria’s flag in different countries, just like Chief Allen whose airline operates into different African countries and into the United Arab Emirates with plans to extend flights to the United Kingdom, China, India, United States, etc.

“These two Anambra sons are earning foreign exchange for the country making the whole nation proud.

“They are eminently deserving of the national highest honours for their selfless and patriotic services which will ginger them to do more and encourage other citizens to follow in their noble footsteps.”