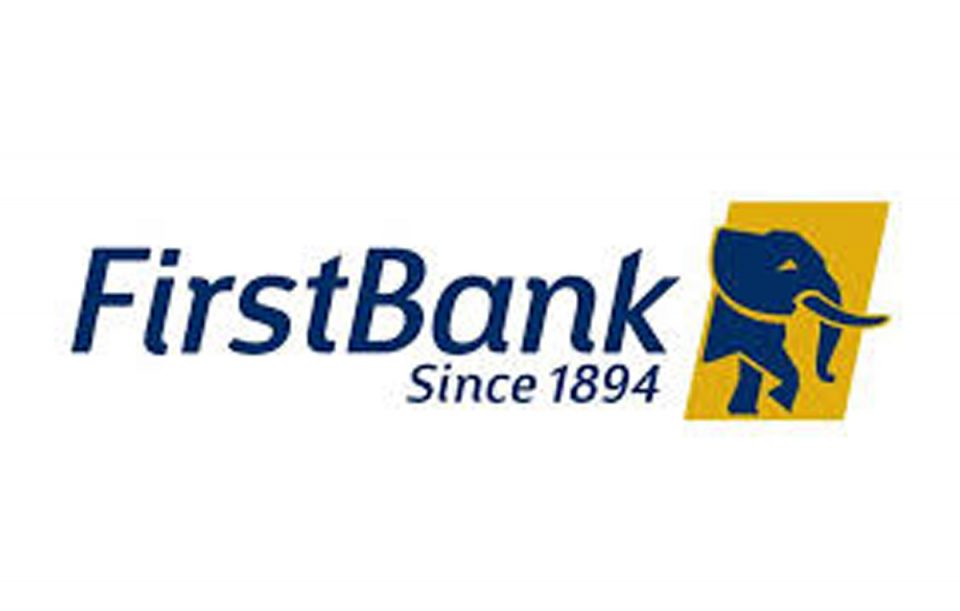 First Bank is still reeling under the impact of the attempted leadership change and the intervention of the Central bank of Nigeria (CBN).  Shareholders and other stakeholders rued what they saw as a major breach of corporate governance best practices and called for a stricter look at insiders’ loans.

The capital market is used to seamless tradition of corporate changes. The hallmark of a rated company, in terms of corporate governance, is preemptive planning and disclosure of normal or ordinary corporate changes. These normal changes include material changes in capital structure, ownership, management, directorship and corporate business plans among others. The market had seen quite many changes in leadership of quoted companies in recent period, and they all were along the best practice of the market- prior notice of retirement or disengagement, a transition period and up-to-date disclosures on issues around the management change. From SEPLAT Petroleum Development Company to May & Baker Nigeria, Union Bank of Nigeria and Continental Reinsurance, there had been traditional changes in chief executive. Airtel Africa Plc last week also announced a leadership transition.

The sudden announcement of the removal of the Managing Director of First Bank of Nigeria (FBN), the flagship of the FBN Holdings Plc, Dr Adesola Adeduntan and the promotion of erstwhile Deputy Managing Director, Mr Gbenga Shobo to the position of chief executive on Wednesday, April 28, 2021 sent a shock wave through the market. FBN Holdings, by extension its flagship, First Bank of Nigeria, is one of the companies with the highest corporate governance rating. Quoted on the premium board of the Nigerian Exchange (NGX) Limited, the CG+ denotation after the trading symbol of FBN Holdings signals to investors the best corporate governance. Except the directors steeped in boardroom intrigues, nobody appeared to see the sudden announcement coming.

Earlier on Tuesday, April 27, at the annual general meeting of FBN Holdings, Adeduntan had been duly re-elected as a director alongside other directors. The regulatory filing notifying the stock market of the re-election of Adeduntan at the meeting was filed on Wednesday, signed by FBN Holdings’ Company Secretary, Seye Kosoko. Within a twinkle of eyes, another regulatory filing emerged on same Wednesday, signed by Kosoko, announcing the replacement of Adeduntan and appointment of Shobo, with effect from same Wednesday, April 28. It was a carefully worded notice, it was silent on the effective retirement date of Adeduntan and it struggled to strike a sense of process, with reference to Adeduntan “retiring after successfully leading the bank since January 2016”.

None of the shareholders’ leaders and proxies, who were selected to represent shareholders’ blocs due to the COVID-19 restrictions, had a whiff of the “retirement” and nothing was discussed about it at the annual general meeting, the highest organ of a company, the previous day. The market appeared to smell the brewing crisis at Nigeria’s oldest and systemically important bank. The investing public was taken aback. At the end of trading on Wednesday, total turnover by FBN Holdings stood at 69.5 million shares compared to an average turnover of about 18 million shares in the past four trading sessions.

The sudden announcement also caught the Central Bank of Nigeria (CBN) unaware. Banks and other financial services institutions are statutorily required to file appropriate notifications and receive clearance from their primary regulators, prior to announcement of any changes with material impact. The apex bank promptly queried the board of the bank. As FBN’s share price started a free fall and volume of shares on offer piled up at the stock market on Thursday, April 29, 2021, the apex bank acted swiftly, dissolving the Dr Oba Otudeko-led board of FBN Holdings and Mrs Ibukun Awosika-led board of First Bank of Nigeria. FBN’s share price however depreciated by 6.76 per cent from its opening value of N7.40 to close Thursday at N6.90 per share.

CBN Governor Godwin Emefiele,  at a news conference, said the apex bank acted to protect the banking system, customers and investors, in line with its mandate and powers under Bank and Other Financial Institutions Act (BOFIA) 2020.  The apex bank Remi Babalola as the Chairman of the new board of FBN Holdings, which included Dr. Fatade Abiodun Oluwole, Kofo Dosekun, Remi Lasaki, Dr Alimi Abdulrasaq, Ahmed Modibbo,  Khalifa Imam and Sir Peter Aliogo. Mr. UK Eke was retained as Managing Director.

Most shareholders and other stakeholders insinuated that the sudden change might not be unconnected with boardroom intrigues around insiders’ loans. The apex bank also specifically fingered bad insiders’ loans and poor corporate governance at the core of the problems at the bank. Unlike in many cases where the investing public had taken up the CBN on its intervention in publicly quoted banks, there was almost a consensus that the immediate actions of the apex bank were in the larger interest of the bank and shareholders.

Managing Director, Globalview Capital Limited, Aruna Kebira, a chartered stockbroker and trader at the NGX, described the attempted leadership change a “akin to the proverbial Ostrich, that buried its head in the sand for an escape”.

“The market has watched the bank bullied and held down by non-performing loans (NPL) over the years, which make the once giant Elephant to perform like a minnow. The bank has made provisions for bad loans that can institute more than five other banks at the minimum capitalisation of N25 billion,” Kebira said.

According to him, if the board that oversaw the burgeoning bad credit was still poised to perpetrate more harm to the bank, it was right then for the CBN as the apex regulator of the banking industry to set aside any encumbrances in order to save the bank.

“We all are aware that the hasty removal of the Managing Director last Wednesday was done without recourse to CBN and it was done in a flagrant mode,” Kebira said.

Kebira, a certified investment analyst, said the reconstitution of the boards of FBN Holdings and FBN could further strengthen the market’s confidence in the companies.

“Over the years FBN made millionaires out of ordinary investors and it remains one of the most liquid stocks at the Exchange. If it can recover at least 50 per cent of the written-off loans, its price will have no business trading under N10. It may only take time; the old glory of the bank is on its way back,” Kebira said.

The President, Association for the Advancement of Rights of Nigerian Shareholders (AARNS), Dr Faruk Umar, also said the decision to appoint a Managing Director and make the appointment public without the approval of CBN did not comply with the corporate governance rules of CBN, which the Otudeko-led board was fully aware of.

Umar said the apex bank should stop directors and their companies from borrowing from the banks they are on their boards.

“Any bank director that is credit worthy should go and borrow from another bank,” Umar said.

He also expressed optimism that the reconstitution of the boards of the institutions will ultimately benefit the shareholders, noting that while the  initial reaction from investors may lead to depreciation in share price, the bank will become more profitable over the next five to six quarters.

“CBN should make sure that what had happened in First Bank will never happen in any other bank. A critical analysis of all insider-related loans of bank directors must be done forthwith,” Umar said.

According to him, while there is nothing wrong in a director obtaining a loan from his or her bank, there should be more disclosures and regulations around such practice.

He said while the crisis might have negative impact on the stock price as investors react negatively to it, discerning investors would soon realise the benefits of the intervention, thus ending any panic sales.

“That decision is not the best and is not in line with world global corporate governance practices because some of the pillars of corporate governance are rules of law, moral integrity and transparency. Whatever is short of this is detrimental to our existence as institution. The turnover rate of CEOs of our bank is very high in the recent years,” the shareholders’ leader said, criticizing the decision to remove Adeduntan, noting that there was no “no allegation against his leadership”.

The National Coordinator, Pragmatic Shareholders Association of Nigeria, Mrs Bisi Bakare, said the sacked boards of FBN Holdings and FBN acted in bad faith and in gross violations of all extant codes of corporate governance. Bakare, who was one of the proxies that represented shareholders’ blocs at the annual general meeting, said there was no indication of any change whatsoever at the meeting.

“The decision of the board was very bad and uncalled for. Why should the board forcefully asked Mr Sola Adeduntan to resign when he still has eight months before his retirement. That’s totally against code of corporate governance. The CBN was right in the decision to sanction the boards and reinstate Adeduntan because that’s the apex bank’s duty; to protect all stakeholders, being depositors, employees and investors,” Bakare said.

She also called for a tighter regulatory framework around insiders’ loans, noting that bank directors have been known to deliberately make their loans bad in order to impair and write them off.

“Some of these directors knew from the first day the loans were given to them that they won’t pay the loans back,” Bakare said.

She said the crisis might not have strong impact on First Bank’s performance because all the executives are still on board.

While the storms appeared quieted by the gale of endorsement of the CBN’s actions and the resumption of the  affable Adeduntan, the period ahead holds many significant decisions for FBN Holdings and FBN, especially with the apex bank’s renewed focus on insiders’ loans and compliance with extant banking regulations on investments in non-banking businesses.