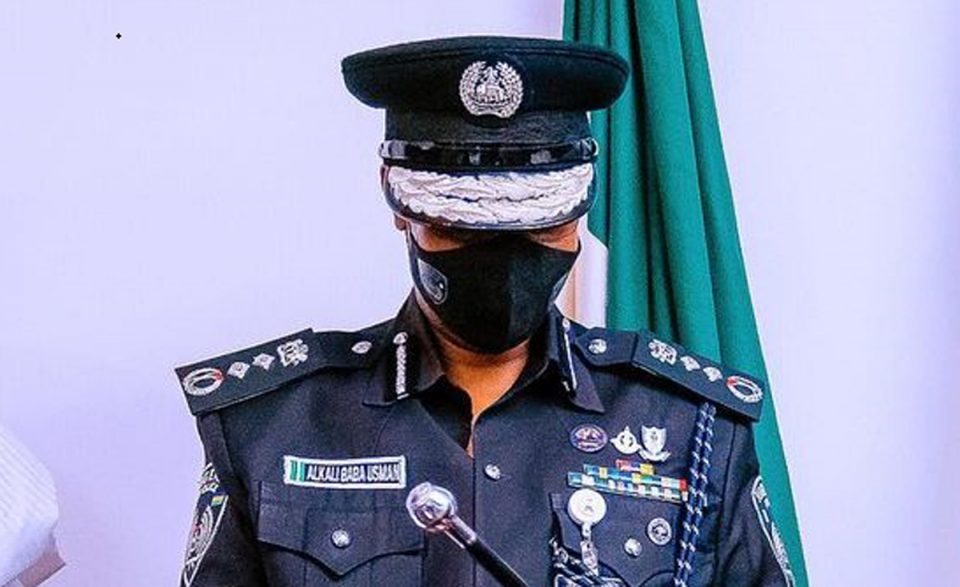 The federal government yesterday intensified its efforts to curb the rising influx of small arms and light weapons into the country, a phenomenon believed to be responsible for the worsening insecurity in the polity.

It established the National Centre for the Control of Small Arms and Light Weapons (NCCSALW).

A statement yesterday by the Office of the National Security Adviser (ONSA) and signed by Head, Strategic Communication, Mr. Zachari Usman, said the centre would be headed by Maj. Gen. A.M. Dikko (rtd) as pioneer coordinator.

This comes as the Bauchi State Government raised the alarm that bandits and people displaced by Boko Haram insurgents in the neighbouring Yobe State have infiltrated four local government areas in the state.

However, as part of efforts to finetune strategy at combating insecurity, the National Security Council (NSC), headed by President Muhammadu Buhari, will reconvene today in Abuja to proffer lasting solutions to the security challenges facing the country.

It added: “This decision is part of the ongoing restructuring of Nigeria’s security architecture to address emerging threats and strengthen the regional mechanism for the control, prevention and regulation of SALW.

“The impact of the proliferation of SALW across national borders in Africa and the Sahel region has resulted in terrorism, human trafficking, organised crime, and insurrections in West Africa and Nigeria.

“As one of the measures in tackling this threat, the new centre will be fulfilling the requirements of the ECOWAS Moratorium on Import, Export, and Manufacture of Light Weapons as well as the UN Plan of Action to prevent, combat and eradicate the illicit trade in SALW.”

It said the centre would serve as the national focal point on SALW in Nigeria and lead a multi-stakeholder process involving government Ministries, Departments, Agencies (MDAs) and the civil society in implementing all national, the United Nations and ECOWAS plans of action on the control of SALW.

“The centre will maintain international cooperation and also operate zonal offices in the six geo-political zones to ensure quick response and effective mobilisation of resources,” it added.

The ONSA said the pioneer National Coordinator, Dikko, had served in various capacities in and outside Nigeria.

However, security analysts have criticised the federal government’s action, saying the establishment of the centre without a strategy for the control of the influx of arms through the nation’s porous borders and the application of technology to monitor the movement of arms will make the centre become another bureaucratic arrangement not too different from the defunct presidential committee originally set up for the same purpose.

A former Director of State Security (DSS), Mr. Mike Ejiofor, said the federal government should have applied the funding in procuring arms instead of creating another bureaucracy for diversion of funds.

He stated: “What is there? There was a committee on small and light weapons that was in place before. There should have been an audit of the one there before to see the successes and failures. It’s just another source of diversion of funds to me.

“As I said we need to restructure and we need state police. I don’t think they will achieve any results. Are you going to force people to bring their arms without the existing structure, the security agencies?”

He added that the funding for the centre would have been deployed in the procurement of arms.

“That is a diversion and still aimed at wasting our resources that would have been used to purchase armament,” he said.

A retired security personnel of the equivalent rank of major general, who spoke on the condition of anonymity, described the centre as another duplication of bureaucracy, stressing that bureaucracies would not be able to manage borders.

“It’s a duplication of bureaucracy. Whatever they try to do is a waste of time if the necessary things are not done.

“They need a drone capacity that works 24 hours, seven days a week.

“If they are serious about mopping up arms, the centre will need strong vehicular and air platforms (helicopters) to be able to respond quickly when arms smugglers are cited. That is where the work of such a centre is located,” he said.

He stated that if the centre would not be able to manage porous borders and apply drone technology in monitoring borders, it would not be successful.

“If it cannot monitor the borders, it won’t work. Bureaucracies cannot manage borders without technology. A drone technology that will be able to see who is coming in through the borders to monitor who is bringing in arms”, he said.

According to him, the borders in the North are almost unmanageable and a free for all situation.

He stated: “The responses adopted by the government are replete with flaws. The counterterrorism efforts of the government of Nigeria are mainly centred on military action and not guided by the national strategy (National Counter-Terrorism Strategy) released in 2014.

“Even the NACTEST has been found to be fraught with gaps that question its suitability as a policy document for countering terrorism in Nigeria.

“It is absolutely necessary to emplace a people-centred strategy for countering terrorism in Nigeria. Such a strategy must employ both government and non-governmental approaches.

“I truly don’t see where the establishment of a centre for small and light weapons control comes in within the existing strategy. Experience shows that many people in government saddled with responsibilities think rather more about how to create new opportunities for patronage rather than well thought through initiatives that address the issues”.

In his contribution, a Principal Officer of the International Society for Civil Liberties and Rule of Law (Intersociety), Mr. Emeka Umeagbalasi, said security challenges confronting the nation at the moment might render the centre ineffective.

He wondered if the centre would deal with all components of the country fairly in its operations.

He said: “The question is how will the policy or centre work? Will it be evenly or unevenly implemented?

“How do you recover arms from Boko Haram, ISWAP and herdsmen who have already taken up arms against the state?”

He stated that if the centre intended to mop up arms, it would require “mobilised disarmament” at peacetime which he said was better organised by international agencies.

According to him, NCCSALW would be more effective when the country is seen as one.

“In summary, it is a fire brigade approach and a smokescreen,” he added.

Offering further clarification, a source at ONSA said six zonal coordinating offices were being set up.

“The presidential committee (defunct) didn’t have an institutional mechanism because currently, the disposition does not favour a whole new bureaucracy to undertake law enforcement work. The NCCSALW, like the Counter Terrorism Centre, will serve the purpose, coordinating other security agencies to effectively tackle the proliferation of SALW.

“Recall that the Border Closure Swift Response Exercise became Joint Border Patrol Team in which Nigeria is working with neighbouring countries in several areas including on small arms and light weapons.

“The new centre will now have personnel drawn from other services to provide the technical input and undertake the work of mopping up illegal arms,” he added.

Meanwhile, the Bauchi State Government has raised the alarm that bandits and people displaced by Boko Haram insurgents in the neighbouring Yobe State have infiltrated four local governments of Dambam, Gamawa, Darazo and Zaki in the state.

The Secretary to the State Government (SSG), Mr. Mohammed Baba, raised the alarm yesterday while addressing journalists after an emergency security council meeting in Bauchi.

“Following the overrunning of Geidam in Yobe State by the Boko Haram militants, there has been an influx of people into the state through four LGAs in the northern part of the Bauchi State. This influx of the displaced people has put the state under security threat; our facilities are now overstretched and we are not comfortable with the development,” he said.

He, however, said the government had taken steps to ensure that the threat did not turn into an attack, adding that “profiling of all the people coming into Bauchi State, particularly in the four affected LGAs, will be done in order to discover those with dangerous weapons and demonise them.”

The SSG assured the people that the state government would ensure that the joint operations of the security agencies would be intensified, particularly air surveillance around the affected LGAs.

He added that the people were not camped in a particular area but moving around the four LGAs and were harboured by residents of the communities, saying that security agencies would fish them out.

The government also said that five of the bandits who reportedly destroyed the MTN mast in Gamawa LGA in their bid to facilitate their nefarious activities had been arrested.

“Some bandits have been arrested for vandalising the MTN installation in Gamawa LGA with the intention of blocking communication in the area in preparation for an attack,” he stated.

The National Security Council (NSC) headed by President Muhammadu Buhari will reconvene today in Abuja to proffer lasting solutions to the security challenges facing the country.

THISDAY learnt that the meeting will hold at the Conference Hall of the First Lady by 10 am with Buhari presiding as usual.

Those expected to attend the meeting include Vice President Yemi Osinbajo; the Secretary to the Government of the Federation (SGF), Mr. Boss Mustapha; the Chief of Staff to the President, Prof. Ibrahim Gambari and the National Security Adviser (NSA), Major-General Babagana Monguno (rtd).

Why retrieving £4.2m Ibori-linked loot from UK is delayed, by Malami

CBN to clamp down on forex abuse by dealers