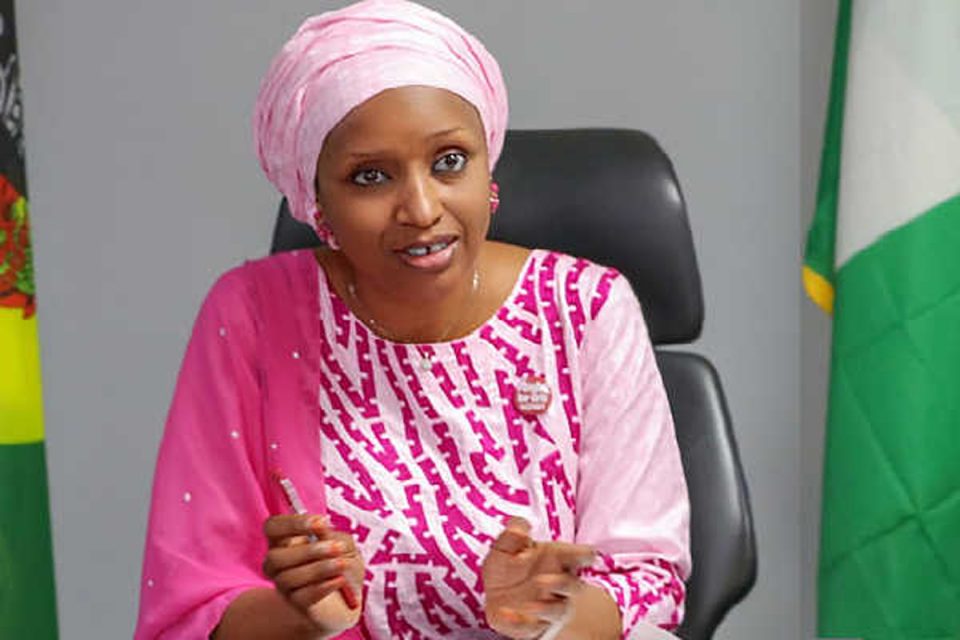 Suspended Managing Director of the Nigerian Ports Authority has denied allegation that she frustrated NPA contractors and caused huge losses in the nation’s maritime sector.

An online newspaper had reported that Bala-Usman worked to frustrate the Integrated Logistics Services Limited and other contractors by revoking their contracts and frustrating their concessions.

The report had said, “Hadiza cancelled INTELS boat service contract in brazen defiance of court orders as part of her selfish plan.

“Although there were court orders restraining the suspended MD from doing so, she ignored them.

“To accomplish her plot, the suspended MD got NPA accuse INTELS of refusing to remit to the Federal Government some service boat pilotage revenue said to be in the firm’s custody amounting to $207,646m (N78.905bn) as at September 30, 2019.”

Bala-Usman said, “Although the story claimed that the alleged frustration was meted out to contractors. It had no other instance to cite than the already overstated and repeatedly explicated case of the Integrated Logistics Services Limited.

“For the sake of the generality of Nigerians, whom I owe an explanation for whatever steps I take in the service of the nation, I presents the truth of the INTELS story as follows:

“Neither I nor the Nigerian Port Authority disobeyed any court order in the matters involving INTELS or any other company for that matter.

“As a corollary to this, there was no court order existing at the time of the expiration of the boat pilotage contract between the NPA and INTELS by on August 8, 2020.

“I should also state that this contract was not terminated.

“For the records, INTELS was engaged as managing agents of the authority for oil industry related activities in the compulsory pilotage district within the Exclusive Economic Zone of Nigeria.

“The Authority had in 2017, served INTELS with a notice of termination for its refusal to comply with the Treasury Single Account policy of the Federal Government.

“Following the receipt of the termination notice, the company complied with the policy. A supplemental agreement was signed to recognise the compliance to TSA and the notice of termination was accordingly withdrawn.”

She added that in compliance with the Public Procurement Act, the authority in Dec 2019 initiated a public tender process in anticipation of the expiration of the contract in August 2020.

“INTELS, alongside other companies submitted bids to qualify for the tender in line with the criteria spelled out in the public advert.”

INTELS violated one of the criteria advertised for the tender process and was accordingly disqualified, she added.

IPMAN calls for urgent attention to repair of bad roads