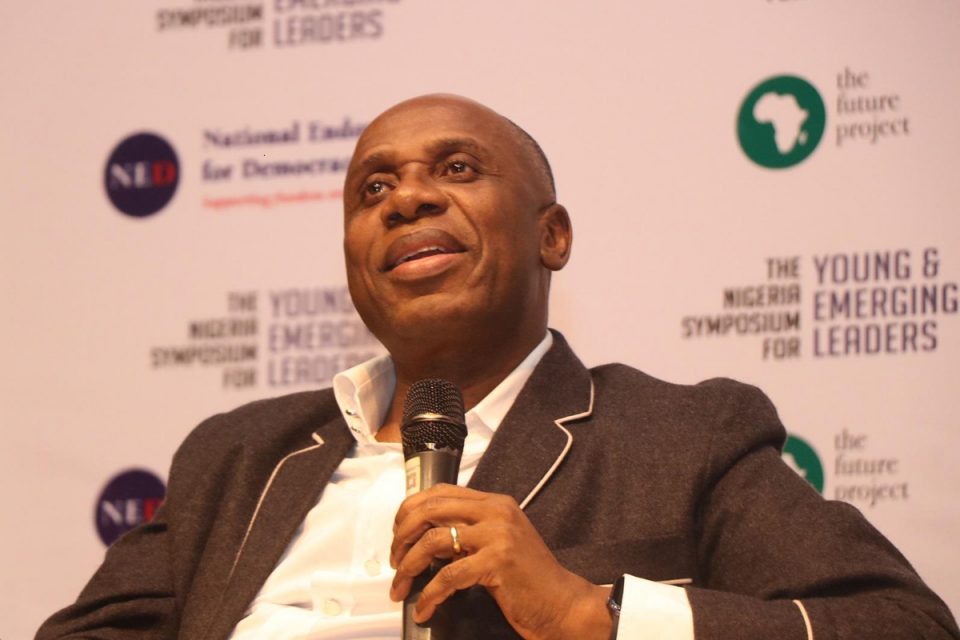 Minister of Transportation, Rotimi Amaechi, on Wednesday, said the Federal Government has repaid up to $150million out of the $2billion Chinese loan borrowed for rail construction.

Amaechi spoke when he featured in Channels Television’s ‘Politics Today’ programme monitored by The PUNCH.

The regime of the President, Major General Muhammadu Buhari (retd.), has been heavily criticised for borrowing billions of dollars from the Chinese government.

However, speaking on Wednesday, the minister said the Buhari administration has only borrowed for the Kaduna-Abuja and the Lagos-Ibadan railways.

When asked how much of the Chinese loans obtained that the Federal Government has repaid, Amaechi said: “The right ministry to respond to that question is the Ministry of Finance; they borrow and they repay but I think the last I heard about it, it was between a $100million to $150million repayment that we have done so far in the Kaduna-Abuja.

“Nigerians think we borrow so much but the only projects we have borrowed so far is the Kaduna-Abuja where we borrowed $500million and the Lagos-Ibadan where we borrowed $1.5billion. So, that brings the total loan exposure for us in the Ministry of Transport to about $2billion as far as railway is concerned.”

The minister also said the Chinese are still in charge of the rail services on the Abuja-Kaduna and Lagos-Ibadan lines. According to him, the Chinese drive the trains and will hand over to Nigerians once major areas of operations are ticked

Trump orders withdrawal of most U.S. troops in Somalia