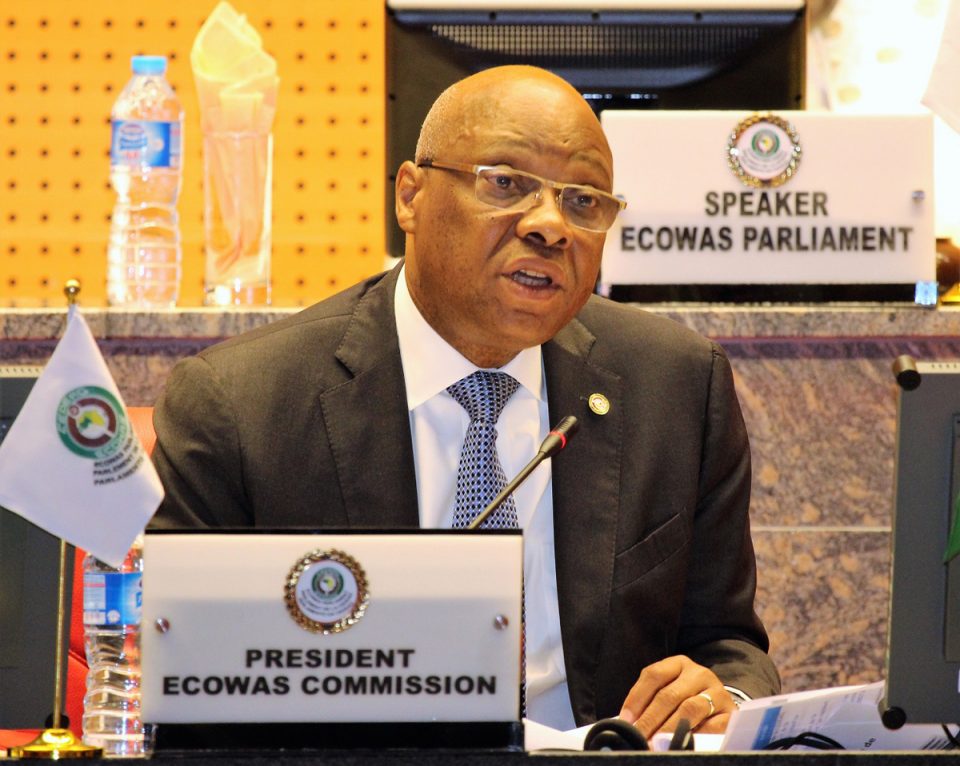 The Economic Community of West African States (ECOWAS) on Saturday dusted up its plan to launch a single currency for member nations. The union agreed on a new road map to launch ECO in 2027, six years away. The previous plan was truncated by the coronavirus pandemic. The president of the ECOWAS Commission, Jean-Claude Kassi Brou, informed reporters in Accra at the end of a summit of the leaders that the new road map and a new convergence pact would “cover the period between 2022-2026, and 2027 being the launch of the ECO.” Member countries are banking on the single currency to go a long way in boosting  trade and economic growth.

Also, the Economic Community of West African States’ (ECOWAS) Heads of State and Government have vowed to join other members of the global community to achieve a reformed and rights-balanced United Nations. Chairman of the ECOWAS’s Authority of Heads of State and Government and President of Ghana, Nana Akufo-Addo, made the vow yesterday in his opening speech during the 59th Ordinary Session of the regional body in Accra, Ghana.

President Akufo-Addo noted with delight the planned UN reforms, as he stated the need for balancing of the membership of UN Security Council in order to have African representatives on the council as permanent members.  “Africa’s common position on UN reforms, based on the Ezulwini Consensus, is one matter we will work hard to add on the global agenda, to solicit the backing of countries around the world for this long-needed reform.

“We believe it is time to correct the long-standing injustice that the current structure and composition of the UN Security Council represents for the nations of Africa,” the ECOWAS Chairman said. He, however, used the occasion to thank all African countries for supporting the candidacy and election of Ghana into the UN Security Council as a non-permanent member.

He also lamented the continuous threats of terrorism, violent extremism and COVID-19 among others, to the development of African continent. President Akufo-Addo also assured that the ECOWAS’s Authority of Heads of State and Government would continue to sustain democracy within the region, through the conduct of successful elections.

President Nana Akufo-Addo, who used the occasion to appreciate the support he has received so far from his colleagues, Presidents of countries within the West African region, called for more collaboration, in order to move West Africa forward. He therefore, used the opportunity to commend the efforts of African leaders towards sustaining democratic tenets, as he congratulated the Presidents of Niger and Benin Republics, for their recent successes at the polls.

“Let me congratulate warmly, our brothers and colleagues, Mohammed Bazoum and Patrice Talon, who have been elected as Presidents of the Republics of Niger and Benin, since our last summit. I offer them my and the community’s best wishes for their success during their terms of office. I commend also the Republics of Cote D’Ivoire and Cape Verde for the conduct and outcomes of their latest legislative elections. Our region continues to strengthen its democratic credentials through the holding of successful elections.”

While thanking African leaders for supporting the election of Ghana as a non-permanent member of the UN Security Council, he assured the continent of a worthy representation. “On behalf of the government and people of Ghana, I thank all ECOWAS and AU member States for the support of Ghana’s recent successful candidature for a non-permanent seat in the United Nations’ Security Council for the years 2022 and 2023. I assure you that Ghana will make sure that Africa’s voice is heard loud and clear in the deliberations of the Security Council, both for matters affecting our region, the African continent and on global issues and we will consult properly to define Africa’s interest,” he said.

Meanwhile, President Muhammadu Buhari has charged ECOWAS to sustain the pressure on the military regime in Mali to stick to the agreement transition plan. He gave the charge yesterday in Accra during the 59th Ordinary Session of the ECOWAS Authority of Heads of State and Government. According to a statement issued by his Senior Special Assistant on Media and Publicity, Mallam Garba Shehu, President Buhari said ”at this Summit today, we are expected to review a number of important reports dealing with various issues of concerns to our organisation and people.

”In doing so, we must take realistic and practical decisions which will positively impact our citizens. Some of those decisions, necessarily will have to do with evolving political and security situations in our sub-region as well as evaluate the health of our organisation with the hope of repositioning to serve our people and sub-region better. While democracy continues to develop in our sub-region, recent events in Mali are sad reminders that vigilance remains a crucial imperative to protect people’s aspirations to freely choose the form of Government they want.

‘’Pressures are needed to ensure that the transition process in Mali, which is half-way to its conclusion, is not aborted. A further slide in Mali could prove catastrophic to the Sub-region, considering that about half of that country is unfortunately under the grip of terrorists,” he said. The Nigerian leader, therefore, appealed to the military leadership in Mali to understand the critical state of their country, which he described as being ”clearly under siege.”

In his remarks, the Representative of the UN Secretary General’s office in West Africa and the Sahel, Annadif Saleh, pledged to support the effort of ECOWAS to restore political stability in Mali