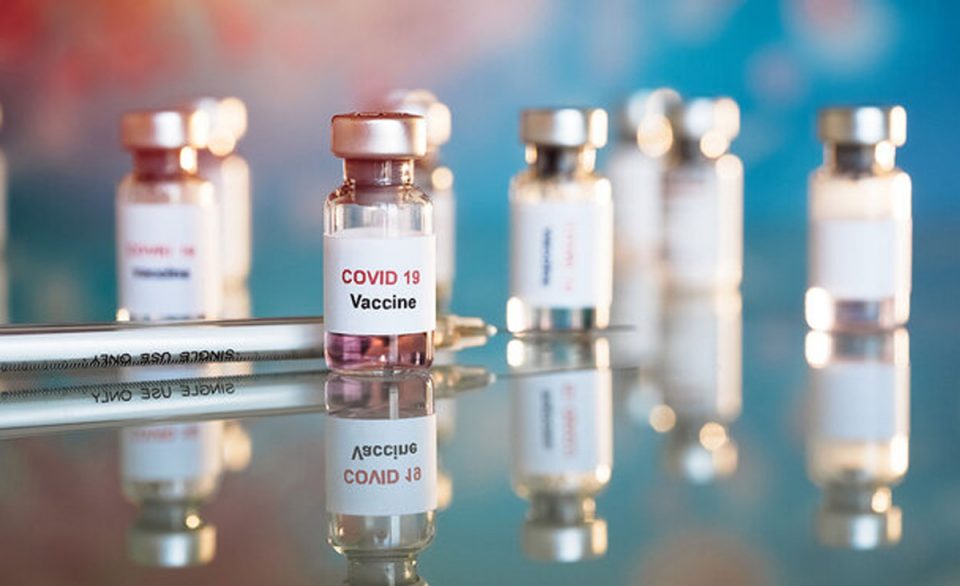 The federal and state governments on Tuesday began deliberations on how  Moderna vaccine doses Nigeria received from the United States on Monday would be shared.

The PUNCH gathered that state commissioners of health held several meetings on Tuesday in Abuja with officials of the  National Primary Health Care Development Agency,  the Nigerian Centre for Disease Control, Presidential Steering Committee on COVID-19 as well as the Federal Ministry of Health.

It was learnt that the meetings also discussed the logistics for moving the doses to states.

Sources at the meetings, however, said the specific amount of doses that would be allocated to each state had yet to be finally decided.

Recall that Nigeria on Monday received four million doses of Moderna vaccine from the US almost a month after 3.9 million AstraZeneca vaccine doses it got from COVAX were exhausted.

The Cross River State Commissioner for Health, Dr Betta Edu, in a telephone interview with our correspondent in Calabar,  confirmed that she was part of the meetings in Abuja.

She stated that many meetings were held on Tuesday between state and federal governments.

Edu stated,  “Many meetings were held today between the Federal Government and state governments for different reasons. I attended at least two today. The United States donated Moderna vaccine doses to Nigeria. So they have been received. They (FG officials) are doing the apportioning to states now. Maybe by tomorrow or Thursday, we should know the number (allocated to each state).”

She said the meeting also deliberated on logistics.

Another source at the meeting also told one of our correspondents that health stakeholders met on how to distribute vaccine doses.

It was also gathered that the meeting  discussed guidelines for spending  N1bn the  Federal Government would give to each state as COVID-19  support fund.

A source at the meeting in Abuja said,  “There was a meeting of state commissioners  for health and Federal Ministry of Health today. We don’t know the quantity of vaccine doses that will be given to each state.”

When asked if the  Federal Government had released  N1bn  to each of the state as promised, the source said the money had yet to be released.

“But we discussed the guidelines on how the money would be spent,” the source said.

Meanwhile, the Federal Government has said states, which it has raised concerns about the increasing COVID-19 cases,  will  get priority attention, when the distribution of coronavirus vaccine doses resumes.

The Executive Director of the NPHCD, Dr Faisal Shuaib, disclosed this on Tuesday in an interview on a  Channels Television programme, Sunrise Daily,” just as Presidential Steering Committee on COVID-19 told The PUNCH the distribution of Moderna vaccine doses might begin in the next two weeks.

In an interview with one of  our correspondents on Tuesday, the Secretary of the Boss Mustapha-led Presidential Steering Committee on COVID-19, Dr Mukhtar Muhammed, said delivery of the vaccine to states would begin after two weeks.

He said it would take that long for delivery to states to begin because the PSC would not like to rush the National Agency for Food and Drug Administration and Control that would be working on the vaccine.

Muhammed said, “We have to allow NAFDAC do their work diligently. We cannot rush them. Normally, with the working timeline, they should be through in two weeks and then delivery to states  begins,  but we don’t want to rush them. We want them to take their time.

“There are series of meetings to be held with other agencies and I can assure you that they have started.”

“We look at certain factors like places where they are most accepted, we look at the people and we push them towards those areas.”

Lagos, Akwa-Ibom, others on red alerts get priority

The Executive Director of the  NPHCDA, Dr Faisal Shuaib,  in an interview on Channels Television said Lagos, Akwa-Ibom and other states which had been placed on red alert by the PSC would be given priority attention in the sharing of the vaccine.

The PSC on Monday raised red alert on rising COVID-19 cases in Lagos, Akwa Ibom, Oyo, Rivers and Ekiti states, noting the Delta variant was responsible for the increase.

On Tuesday,  Faisal said the NPHCDA was working with the NCDC and the Ministry of Health on how the vaccine doses would be distributed.

He said, “Without a shadow of doubt, Lagos will get the highest number of doses.

“The states which have also been placed on red alert by the Presidential Steering Committee are also prioritised.

“We have dispensed 37 ultra-cooling equipment to the 36 states and the Federal Capital Territory.”

Unlike in the first phase of vaccination when frontline workers were prioritised, the NPHCDA boss said this time, anybody from 18 years and above would have access to the vaccine.

“We believe that we have captured a good number of the frontline workers during the first phase of vaccination,” he explained.

Widow of man killed during Lagos #EndSARS protest gets N10m