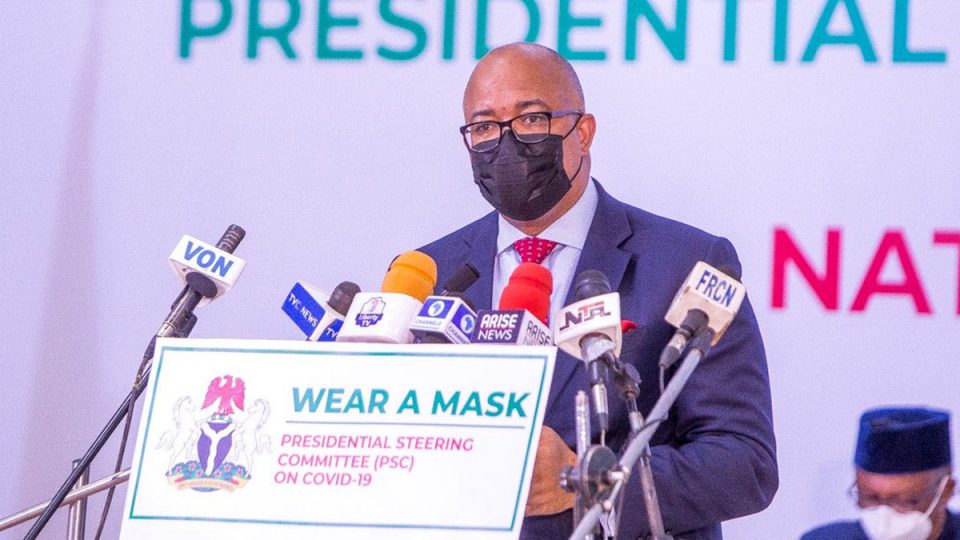 The data was released after the Results Dissemination Meeting on Friday in Abuja.

The Data4COVI19 Africa Challenge is aimed at better understanding and response to the many issues resulting from the COVID-19 pandemic and its consequences across Africa.

In Nigeria, the challenge project titled; “Understanding facilitators and barriers to compliance with non-pharmaceutical COVID-19 preventive measures in Nigeria”, is aimed at analysing existing data on COVID-19.

It is to understand the social, economic, and political factors that influence knowledge and perception of COVID-19 among Nigerians.

The project seeks to understand which social, economic, and political factors influence individual knowledge and perception of COVID-19 among Nigerians and how they shape population behaviour.

According to the data released during the meeting, about 91.8 per cent of Nigerians complied with the Federal Government’s stay home policy in states with complete lockdown.

The data also says 88.3 per cent respondents believed that staying at home was effective in curtailing the pandemic in the country.

The Director-General of the NCDC, Dr Chikwe Ihekweazu, who spoke at the meeting, said that government would review the data and bring it into decision making.

Ihekweazu said it would serve as a reference document in the future.

“So, I am very grateful to all our partners who have hosted this challenge and supported us through the process.

“But critically, I am really proud of the emerging relationship with the College of Medicine of the University of Lagos, with whom we now have a relationship.

“I am sure this will lead to better things to come” Ihekweazu said.

The Director, Prevention Programmes & Knowledge Management, NCDC, Dr Chinewe Ochu, analysing the report, said 43.3 per cent of Nigerians in states were on complete lockdown, while 56.7 per cent were in states with partial lockdown.

She also said that in the survey, 81 per cent of respondents reported visiting several places in spite of the lockdown.

Ochu also said there were changes in public risk perception and risky behaviours through the first and second waves of the COVID-19 pandemic in the country, and the relationship between risky behaviours and trend of the outbreak.

“Overall risk perception remained low during both waves with two out of every five Nigerians, considering themselves not to be at risk of contracting COVID-19 in both waves.

“Gender differences were observed in risk perception. A higher proportion of males than females perceived themselves to be at risk of getting infected with COVID-19 during the first wave, 60.3 per cent versus 50.3 per cent.

“There was risk perception versus geopolitical zone in the first wave, while living in the North-eastern part of the country.

“This relationship was only significant for those residing in either South-west  or South -South with 95 per cent for both.

“Lowest risk perception for COVID-19 during the first and second waves was observed in the South-west with 34 per cent and 46. per cent respectively,” she said.

She further explained that there was risk perception versus marital status, as those who were married were 53 per cent more likely to perceive themselves at risk of COVID-19 than the singles during the first wave.

The director said that artisans/daily paid workers had the highest risk perception during the first wave with 69.7 per cent.

She noted that their risk perception became the lowest among all employment categories during the second wave with 37.7 per cent and later with a with a drop to 32 per cent.

Ochu explained that there were slight drop in risk perception of about 3.6 per cent, which was also observed among the unemployed in the second wave compared with the first wave.

Nigerians must fight as one to overcome current challenges – Tinubu

FIFA extends ban on Blatter until 2028