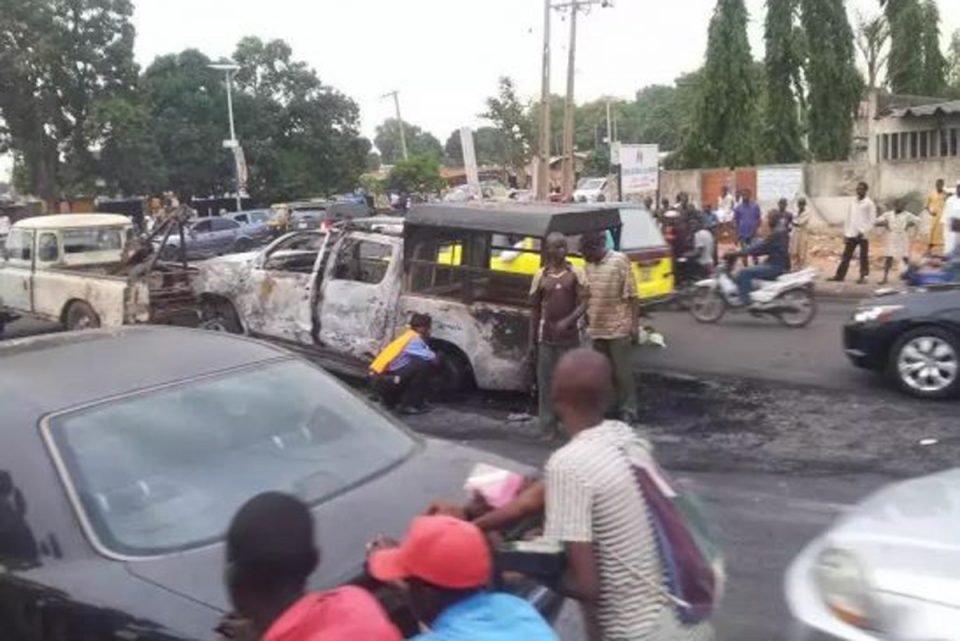 Scores of travellers were stranded for hours on Saturday in traffic gridlock on the Abeokuta-Siun-Sagamu Expressway, Ogun State during a clash between officials of the Nigeria Customs Service and some suspected smugglers.

The travellers were stranded at Kobape junction via Abeokuta, in the Obafemi- Owode Local Government Area of the state.

A source who spoke on condition of anonymity, told Sunday PUNCH that the customs officials attached to the NCS Federal Operating Unit  Zone ‘A’ Lagos,  were on the trail of the suspected smugglers trafficking foreign parboiled rice.

The operatives reportedly seized some of the smugglers’ cars loaded with bags of rice.

The action, the source added, prompted the smugglers to mobilise themselves leading to a gun duel between them and the customs men.

Some accounts claimed lives were lost from both sides but our correspondent could not immediately confirm whether or not there was any casualty in the incident.

It was gathered that the gun duel forced the motorists on both sides of the expressway to park their vehicles and waited for over two hours until a contingent of security agencies comprising the army, police and Amotekun came around to disperse the smugglers.

Our correspondent learnt that the smugglers parked at Kobape junction, along the Abeokuta-Sagamu highway, to resist the officers on their trail.

A source who was a victim said some of the smugglers pelted the law enforcement agents with stones, while a few of them wielded cutlasses.

The source added that to repel the smugglers, the customs officers fired gunshots, thereby throwing residents of the area and commuters into confusion.

Travellers on the highway were stranded as they took cover in the Kobape community. A number of drivers reportedly abandoned their vehicles and fled into the forest.

For hours, residents of the Egba community were in fear, running helter-skelter over the violence.

When contacted, the Public Relations Officer of Customs at FOU, Theophilus Duniya, confirmed the clash.

He, however, said he had not been fully briefed on the incident, promising to call back and give details of the incident to our correspondent.

He said “Yes. I am still gathering the facts. Just give me some time. I am trying to confirm the fact from the team leader so that I can get first hand information. I will get back to you.”

He had however yet to do so as of the time of filing this report.

Lawmaker dissociates self from plan to impeach Buhari