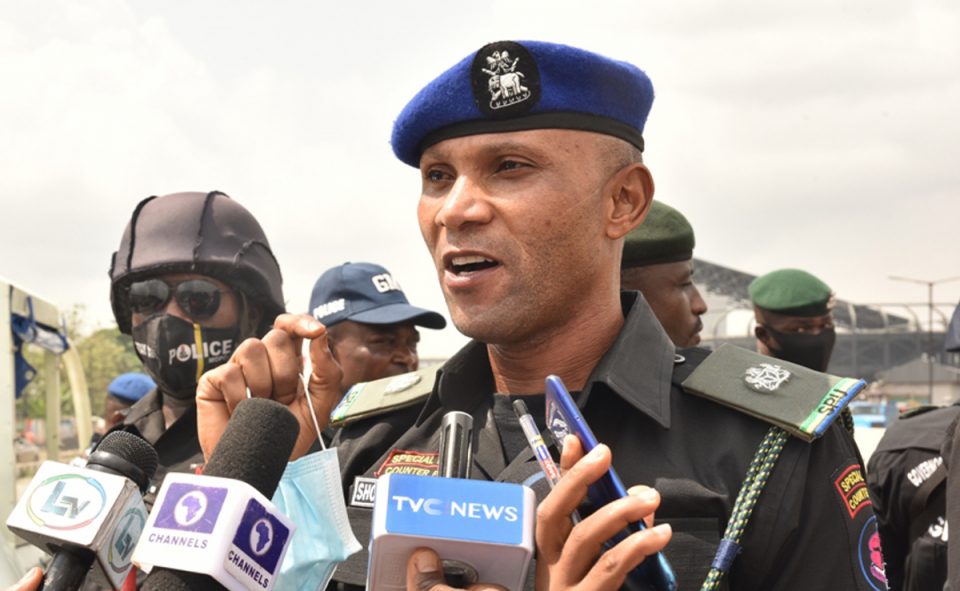 The Chairman of the Lagos State Taskforce, CSP Shola Jejeloye, says he has turned down offers from transport operators in the state, who will not want enforcement of laws in their routes of operations.

Jejeloye disclosed this in an interview with the News Agency of Nigeria (NAN) on Tuesday in Lagos.

According to him, enforcement of laws is not public friendly while it is alien to some people in the state.

“Many transport operators do not even understand what is called road traffic laws. In some areas in Lagos, enforcement of traffic laws is totally alien to them.

“At some point, some people told me that what they wanted from me was to suspend all enforcement in their axis.

“They offered to be issuing tickets for me and be paying me everyday. This is for you to know that violation of laws is a lifestyle.

“Most commercial transport operators in Lagos do not understand the simple language of discipline and decency,” he said.

Jejeloye said that most transport operators misbehave on the road because they have nothing to lose as they are not the owners of the buses they drive.

“They do not know what is called ‘one way’ like Igbo Elerin and even in Okota, they do not understand that driving on one way is an offence until when we enforce this seriously between February and July.

“As some people started protesting everywhere in Lagos simultaneously for about two or three weeks. We could not keep looking and watch them turn the state into a ‘banana republic’,” he said.

He added that regulators of transport unions needed to do more work on awareness and sensitisation.

Jejeloye said that the only cooperation the agency wants from the transport union is to talk to their members to obey laws.

“The best thing is for transport union to talk to their drivers. If need be, they can invite us to come and lecture them. Some of them do not know what is called obstructions.

“A lane that is supposed to take four vehicles can be reduced to one by the operations of commercial bus operators,” he lamented.

Over 33% of air travellers to avoid flights over infection risk

How airports re-opened for international flights, by FAAN