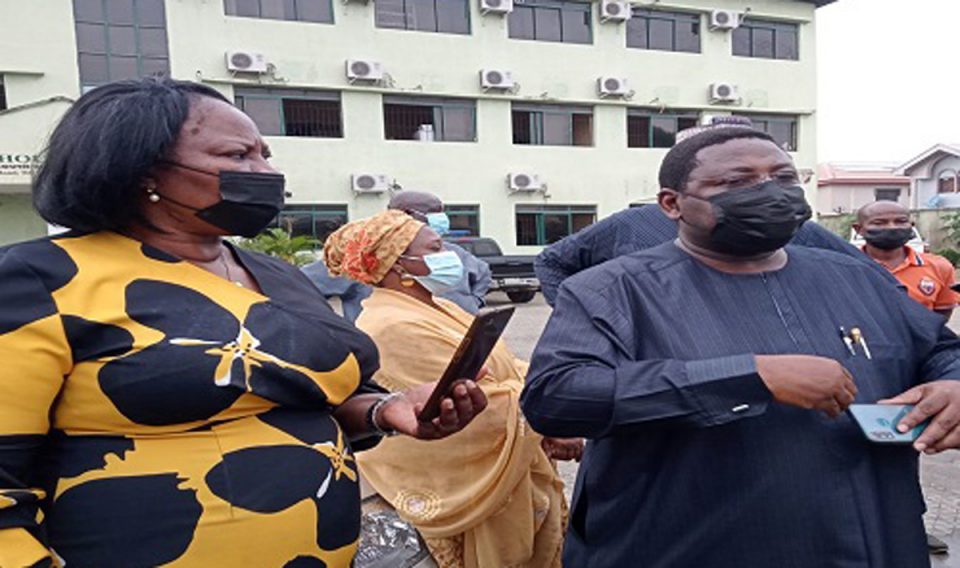 Residents and property owners on 9th Avenue, FESTAC Town, besieged the office of the Federal Housing Authority (FHA) in Lagos on Monday to beg for mercy following the commencement of demolition of illegal structures.

The residents numbering about 50 gathered in front of the FHA office on 202 Road, FESTAC Town.

The FHA had issued several stop work orders and demolition notices to encroachers who did not have requisite documents or building approvals, the last of which lapsed on Sept. 13.

On Nov. 26, the FHA announced it was set to begin the demolition of illegal structures across FESTAC Town and would carry out the exercise on 7th and 9th Avenues, and later extend it to 11th Avenue.

Despite the stop work orders and demolition notices, the encroachers continued building until the FHA began the demolition exercise on Nov. 28.

A representative of a demolished hotel, at Stone Water Estate, 9th Avenue, Mr Gbade Oyelami, urged the FHA to put measures in place to avert additional demolitions pending when a compromise was reached.

They chorused in agreement that they erred in the process of land acquisition due to ignorance and misinformation from the land grabbers popularly refered to as ‘Omo Oniles.’

The Zonal Manager, South West, FHA, Mr Akintola Olagbemiro, who addressed the crowd, said the management was pained by their losses.

Olagbemiro said it was important for things to be done the right way to safeguard the public, residents and infrastructure.

He said the entire 2,024.60 hectares of land in FESTAC Town belonged to the federal government and anyone building must comply with due diligence, by obtaining requisite construction approvals from the FHA.

“The demolition exercise that took place yesterday was inevitable. First, your houses are on the sewage and on the major roads, if your houses are on any drainage or anything that warrants us to want to try and manoeuvre, those buildings have to go.

“I believe markings were done since Sept. 23 on all the houses we feel were affected. It’s so painful that after the markings people still went ahead to continue building,” he said.

Shedding more light, Mrs Francisca Michael-James, Head, Town Planning, South-West Zone, said all the land in FESTAC had been laid out and belonged to allotees of the FHA whose plots had files.

Michael-James said some allottees who tried to access their plots were being harassed by land grabbers or illegal occupants, adding that, even FHA officials that tried to correct the ills were manhandled on the sites by the encroachers.

“When an order is given, you are supposed to stop work, you don’t have the title, you don’t have any approval, so what was the basis, on what are you continuing work?” she queried.

She said the entire acquisition of 2,024.6 hectares belonged to the federal government and those in doubt could approach the surveyor general’s office.

Head of the FHA Survey Unit, Mr Lawal Umar, assured the illegal occupants that with their cooperation, surveyors would further reassess the nature and pattern of encroachment on 9th Avenue.

“When we assess our layout, we’ll report to the authorities in Abuja. The board will have to meet and take a decision about it,” he said.