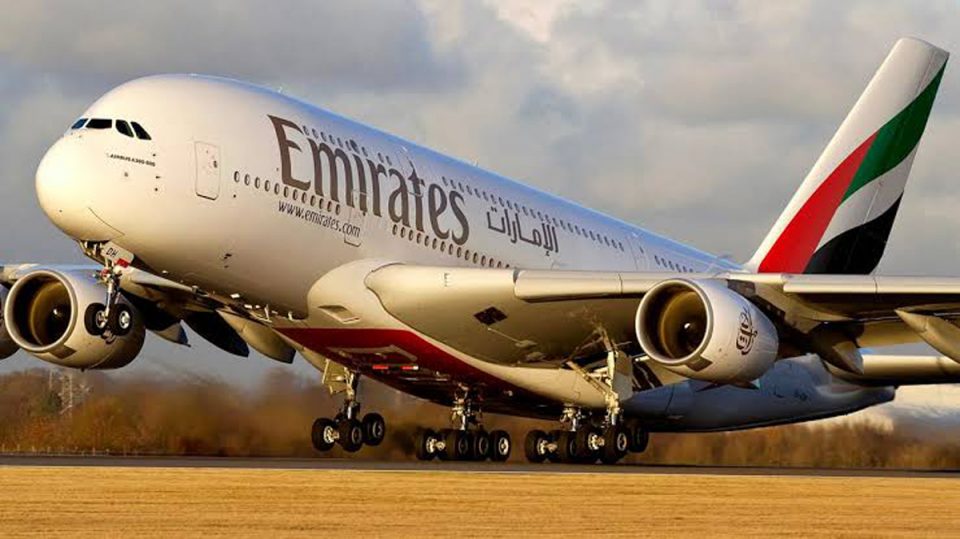 Emirates Airlines did not operate to Nigeria from February to December 2021 due to imbroglio that arose between the airline and the Nigerian government over COVID-19 rapid tests. But the airline resumed flights to Abuja and Lagos on December 12 with initial 14 flights a week from its assigned 21 frequencies per week. Then another disagreement came up with the refusal of United Arab Emirates to give Nigerian carrier, Air Peace three frequencies it requested from the Sharjah authorities where it operated until the Coronavirus lockdown in 2020. That refusal prompted the federal government to withdraw 20 frequencies to Emirates, leaving them with only one flight a week in response to the way the Middle East nation treated the Nigerian airline. Who stands to lose more if air travel is severed between the two countries, asks Chinedu Eze

It became manifest during the evacuation that followed the COVID-19 that the federal government has different approach to international air travel politics, which is known as aeropolitics. Airlines use the Bilateral Air Service Agreement (BASA) to open routes between two countries. They also use it to play the politics of competition. Airlines operating to Nigeria may not want Nigerian carrier to fly to their own territories so that they would have dominance and sometimes monopoly over the route.

When evacuation started during the lockdown, many foreign airlines wanted to take advantage of it by reaching deals with Nigerian embassies to evacuate Nigerians back to the country. Jostling started, as some airlines quickly reached agreement with some Nigerian embassies in Canada, in the UK, in UAE and other countries. Then the Minister of Aviation, Senator Hadi Sirika and the Minister of Foreign Affairs, Geoffrey Onyeama made it known that it is only Nigerian carriers that would be funded by government and its agencies to evacuate Nigerians back to their father land.

The rhythm of music changed for some foreign airlines that hoped to rip off from Nigeria and not without their exorbitant fares. It was this policy that made Air Peace and Azman Air to airlift Nigerians from different countries. So, the federal government, for the first time adopted the principle of reciprocity and refused to back down. It saved Nigerians who were stranded overseas money because Nigerian carriers charged them low fares and those who did not even have money to pay were even airlifted free by Air Peace, especially from India, UAE and China.

Although Nigeria and UAE are mending diplomatic fences now and there is hope that both Air Peace and Emirates Airlines would have their frequencies restored, but what is remarkable about it, which has attracted a lot of commendation for government and the Minister of Aviation is the ability of the Minister to stand his grounds despite pressures.

In the leaked audio by the Minister when he updated his team while still in Bogota, Colombia, he encapsulated what was going on between Nigeria and UAE over the flight rights between the two countries and acknowledged that both countries would lose revenues if they remained aloof without compromise.

“I know they (Emirates) cannot bear the pressure because they have lost a lot of money in the past. Honestly, who cares; but by their not coming they are losing a lot of money, we also in Nigeria are losing the service they provide or also losing some economic activity as a result of flight stoppage. But the sovereignty of 200 million people is too important for us to toy with. So, on behalf of the 200 million Nigerians, I have taken the decision that they also be given one slot,” the Minister said.

Industry stakeholder and the Chairman of the Board, Nelike Capital, Dr Alex Nwuba said during an Arise TV interview that with 21 flights a week, Emirates was airlifting about 450, 000 passengers a year and making about half a billion dollars on the Nigerian route, so there is no comparison with what Nigerian carrier is getting.

Industry sources estimated that Emirates airlifted about 1000 outbound passengers everyday from its three operations to Nigeria, which gives it about 7000 passengers a week. This cannot be compared to Air Peace that airlifts less than five per cent of that lot in a week. Emirates inbound daily flight would also be close to that number.

Industry consultant and CEO of BeluJane Konsult, Chris Aligbe agreed with Dr Nwuba, saying that the capital flight from Nigeria by these airlines amounted to $1.5 billion annually, up from $1.2 billion in the previous years.

“21 flights a week will tell you that the route means a lot to them. It is a huge mileage. High percentage of the passengers does not drop in Dubai but connect flight to other destinations. I think Emirates has overtaken British Airways; so Emirates cannot afford to lose the Nigerian market because it has become a major market to the airline. It was good that UAE got back to give Air Peace seven weekly flights. I hope Air Peace will make good use of it,” Aligbe said.

He said that the action of Nigerians over the matter showed strong nationalism among citizens and noted that the Minister was point blank in his position over the impasse, which is very good because that would redefine future interface between the two countries.

Industry logistics expert and Managing Director, Flight and Logistics Solutions, Amos Akpan said that determining which country s losing depends on the perspective from which the impact is assessed, noting that Emirates loses about $25.2 million a month.

“Some would score from the viewpoint that Nigeria stood up to defend her rights in the international arena. Some would say Emirates is losing an estimated revenue of $25.2 million per month that could have accrued from operating 21flights per week, while Air Peace would have lost only $2.7 million per month from operating three flights per week. These exclude the additional money that passengers would spend in Dubai on holidays and businesses. It is estimated that 40 per cent of passengers on Dubai flights have Dubai as their destination while 60 per cent transit through Dubai airport.”

“BASA is standardised for the benefit of signatory countries. It is based on equality and a win-win policy platform for the two countries.

When one signatory country has more capacity than the other party, the imbalance in execution is traded on a commercial agreement. Lopsided execution of BASA is when the party with greater capacity exploits the flight frequencies with its associated freedoms leaving other signatory with less or nil capacity without financial compensation or reciprocity.

“It is the responsibility of the signatory parties to build capacities to exploit the benefits in a BASA. Instead of blaming the party with more capacity, you negotiate commercial trade off while you build capacity to engage on equal utilisation,” Akpan said.

He gave example with the British Airways and the Virgin Atlantic Airways, saying that these two UK airlines operate daily into Lagos and BA operates to Abuja all year round. That no Nigerian airline operates to UK but is not UK’s fault.

“Nigeria should develop capacity to have at least two airlines operate into UK. But while in the process of building capacity to reciprocate, Nigeria should earn income per payload from BA and Virgin on the excess frequencies utilised within the BASA.

“This is a type of revenue Emirates or BA makes from operations into Nigeria. (Note that revenue is not income or profit for the airline). This revenue excludes money spent by passengers on holidays or engaged in businesses in UK and UAE. Also, note these airlines will request to repatriate greater portions of their revenue, which puts pressure on Nigeria’s forex. Nigerian government should sustain this latest approach used to engage UAE in aero-politics,” Akpan added.

Aligbe also suggested that the federal government should begin to input slots in its allocation of frequencies and after allocation frequencies in the BASA if an airline requests for more frequencies beyond the number stipulated in the BASA, the airline would pay for it.

“We should begin to input slots in our BASA agreements. If you give us free slots, we give you free slots; if you charge us for slots, we also charge you for slots. We should also classify our airports and introduce charges to reflect that classification. You pay more to our first grade airports and less on the others,” he said.

But while Emirates generates huge revenues from Nigeria it also pay for handling services, fueling, landing and parking and other charges; just as Nigerian carrier does when it flies to UAE.

So, in a way, the two countries have something to gain maintaining the Nigeria, UAE route.