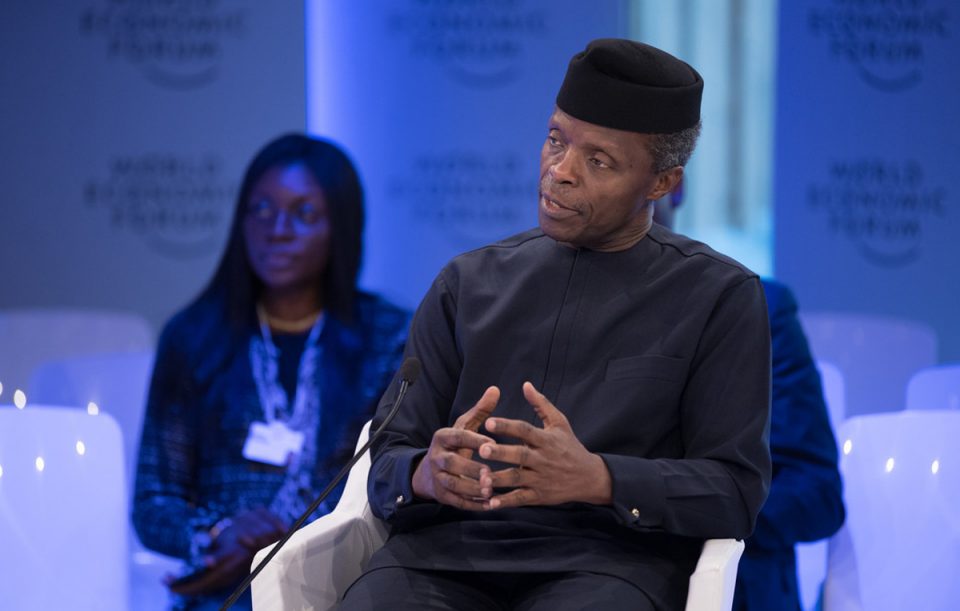 Osinbajo, who raised these concerns on Friday in his virtual address to the World Economic Forum (WEF) 2022, said that the health and economic crisis caused by the COVID-19 pandemic had slowed down progress areas, though a number of important lessons had been learnt.

“It is a matter of regret, therefore, that in spite of increased collaboration in terms of sharing knowledge and scientific information around the virus, the world has been unable to arrange a coordinated global response to ensure the availability of vaccines for all.

“Also, although past experience would have counselled on the need for coordinated action in response to the global economic shock, caused by the pandemic, responses were mostly at the individual country level.’’

He said that like most parts of the world, Africa, with its young population, was beginning to recover as the continent grew by 3.7 per cent last year and was set to grow by 3.8 per cent in 2022.

“There are several other reasons to be positive about the African growth story given that its large youth population holds the prospects of demographic dividends and also by giving greater space and providing more opportunity to the private sector, the continent is also making giant strides in agriculture, in manufacturing and digital technology.

“In Nigeria, for instance, six unicorns have emerged in the last six years and despite all of the challenges in this past years—such a positive outlook anyway must be tempered by the realisation that African continues need the collaboration and partnership of the international community.’’

The vice president warned that unless necessary action was taken, there were a number of developments that could derail the promise Africa held.

“The first is peace and security; African countries face serious threat of terrorism arising from the encroachment of global terror groups and their franchises into Africa.

“And as the pandemic has shown, we live in an inter-related world; so, the international community must not sit by and allow Africa to be overrun by terrorists; be it from the Sahel, the Horn of Africa or Southern Africa.

“It is imperative for the international community to make more robust interventions to clear terrorists from Africa just as it did in the Middle-East and other parts of the world because terrorism anywhere is a threat to peace everywhere.

“The UN Security Council must find the humility in working with and assisting African countries to eradicate the menace of terrorism on the continent once and for all.’’

He said that geopolitical tensions among the great powers should not be allowed to prevent Africa from getting the help it needed to combat terrorism.

“The second is climate change and how we respond to it; it is now common knowledge that African contributes least to common knowledge, has been the most negatively affected by it.

“We must not allow this worrying situation to be compounded further by global inaction, processes and rules that make it difficult for Africa to adapt to climate change.

“This is why the international community must redeem the pledge it recently reaffirmed at COP26 of providing $100 million dollars financing annually to support climate change efforts in developing countries.

“Although, we in Africa are working towards a globally accepted net-zero future, we are also conscious that our energy needs are increasing with the growth in our economies.

“We need to ramp up energy access in response to this situation which is why the transition from fossil fuels to renewable energies must be just and fair’’, Osinbajo said.

He said that in addition to climate financing, African economies continued to require assistance to tackle poverty, to access vaccinations and achieve debt sustainability.

Osinbajo said that economic recovery in Africa was contingent on the containment of the pandemic, especially through wide spread vaccinations.

He also called on the international community to support the efforts of West African leaders, under the aegis of ECOWAS, in condemning incidences of coup d’ etats and unconstitutional changes to government.