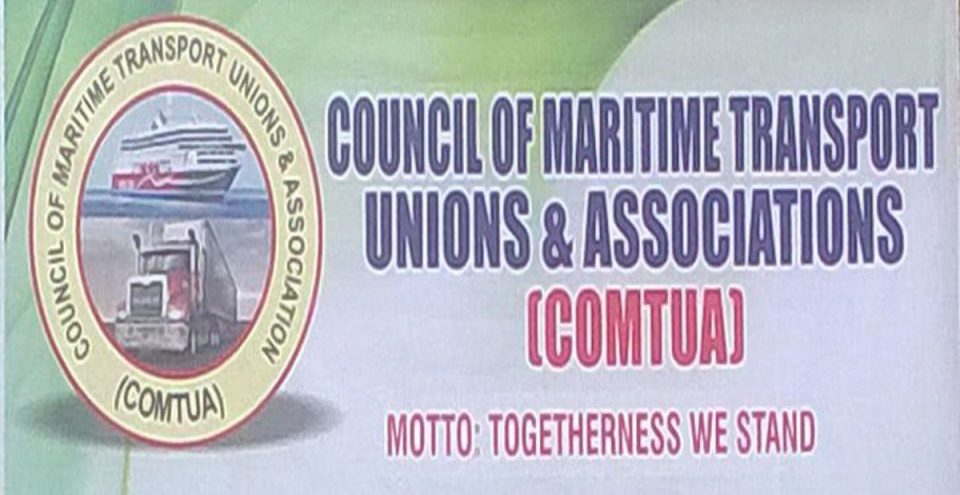 The Council of Maritime Transport Unions and Associations (COMTUA) says it will commence legal action against the Nigerian Ports Authority (NPA) over extortion and unfair activities in the port.

This is contained in a notice signed by Mr Ebun-Olu Adegboruwa (SAN), Counsel to COMTUA, and made available on Friday in Lagos.

COMTUA is a collaboration of unions, associations and stakeholders in the transport segment of the maritime industry governed by a jointly signed Memorandum of Associations and other regulations.

Adegboruwa said that the suit was due to certain developments and unfair activities in the maritime sector for which countless letters of complaint had been written but serially ignored.

He listed the developments as discrepancies and misrepresentation of facts and figures emanating from the electronic call up regime (ETO) created by Truck Transit Park limited (TTP) on alleged instruction and directive of NPA.

“Our client is vehemently disputing the cost and value of the services being rendered by ETO/TTP as there has been cases of extortions and breach of agreement on the part of your office.

“It was mutually agreed that the sum of N10,000 was payable for booking process as entry permit into the terminal but TTP now extort a whooping sum of N31,250.

“Contrary to the intent and purpose of TTP which was meant to eradicate payment checkpoints, there has been proliferation of illegal checkpoints along the terminal routes with attendant extortion of the sum of N5,000 per checkpoints,” he said.

Adegboruwa noted that efforts and interventions of the Minister of Transportation in setting up Ministerial Steering and Implementation Committee to proffer solutions associated with ease of doing business at the Apapa/Tincan Island Port had been defeated.

He attributed this to greed, extortions, harassment of truck drivers and total collapse of the accessible road networks.

“Our client forwarded several documents, letters and correspondences substantiating their claims against the officials of the NPA and the representatives or relevant agencies of the Lagos State Government.

“Our client is convinced and has reasons to believe that ab-initio, the NPA and the concerned offices are not ready to consider or address the issues raised.

“This is having failed, ignored and willfully refused to put an end to the perennial subject of complaints,” he said.

Adegboruwa noted that COMTUA would be seeking the reliefs outlined as follows: a declaration that its members are not liable to pay the amount of money as entrenched fee or bookings to NPA or any illegal bodies henceforth.

“A declaration that monies, fees and all dues paid and payable to the Nigerian Ports Authority under the guise of TTP and others are illegal, null and void.

“An order compelling the NPA, TTP/ETO to account and refund to our client all sums of money illegally received from them forthwith.

“An order compelling NPA to henceforth engage accredited representatives of our client in all policy decisions that will affect their (client’s) interest.

“An order restraining NPA from exercising economic regulations and all such powers not accorded by relevant law,” he said.

NAN reports that all efforts to get the response of the General Manager, Corporate and Strategic Communications, NPA, Mr Ibrahim Nasiru, before filling this report proved abortive.