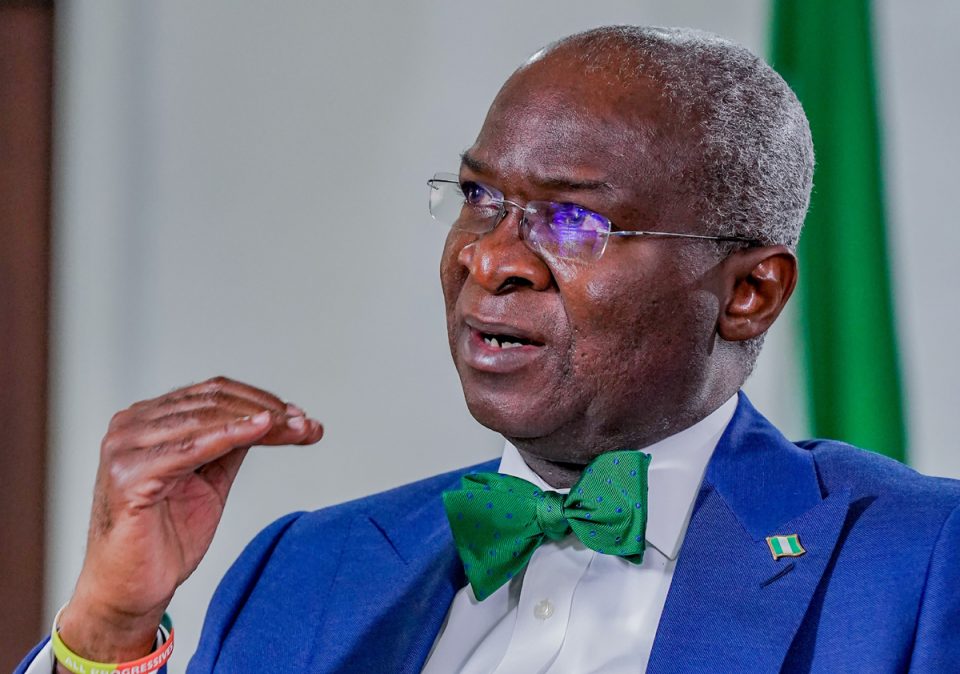 The Minister of Works and Housing, Babatunde Fashola, on Friday, denied saying that Nigeria’s achievements in infrastructure surpassed that of the United States.

The PUNCH had reported that the minister, in Kano State on Thursday, said, “I can assure you that the current President Muhammadu Buhari-led APC administration has achieved what even the US government is aspiring to accomplish in terms of infrastructure.”

However, Fashola, in a statement by his Special Adviser on Communications, Hakeem Bello, on Friday, said he was misquoted.

The statement was titled, ‘Infrastructure Delivery: Fashola clarifies misrepresentation of his statement on Nigeria, US’.

“What I was talking about at the presentation with the All Progressives Congress, Youth Ministerial Conference was about the challenges of infrastructure and that it is universal, every country commits to infrastructure as a legitimate way to create work, to grow the economy and distribute wealth as we have seen here.

“That’s the first point I was making, and that in a democracy you always need the Parliament to authorise what you spend on infrastructure and so I was making the comparison that Buhari has been able to get his Parliament to authorise his spending, and that is why we were even able to gather here (at the Special Ministerial Conversational Conference).

“But that the American government is struggling to get authorisation from their own parliament to start what we are already doing. I didn’t say our infrastructure is better than theirs,” he said.

Why we must resettle indigenous communities in Abuja – FCTA