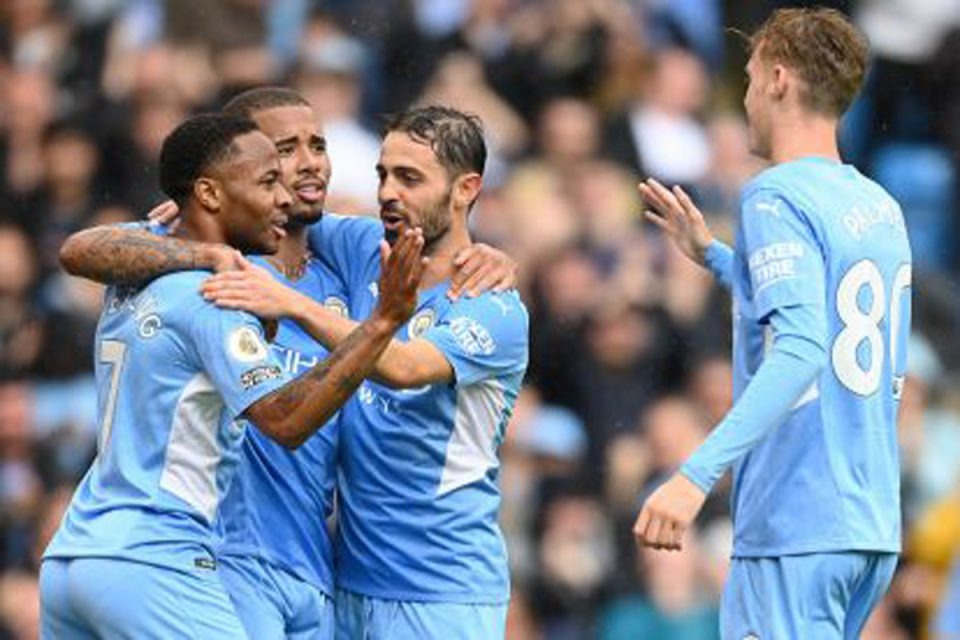 Manchester City were two goals up on three occasions before beating Real Madrid 4-3 in a UEFA Champions League thriller on Tuesday, a result which leaves the tie wide open.

Karim Benzema kept Real Madrid’s chances intact as the France striker scored a brace in his 600th game for the Spanish league leaders for a tournament-leading tally of 14.

Benzema got Real Madrid back into the game in the 33rd minute, while Phil Foden made it 3-1 in the 53rd minute.

The return leg is next week Wednesday in Madrid where Manchester City’s Pep Guardiola is bidding to become the first manager to oust Real Madrid three times in the elite event.

“It was a great game. End to end. We started really well and could have killed them off. In these games, we need to take more chances,” Foden said.

“For the fans watching it was obviously a great game of football. We are playing a side that have won the UEFA Champions League many times and if we give the ball away they are going to punish us.

“It is something we need to work on in the second leg. The tie is still on.”

Benzema on his part said: “A defeat is never good because we are really excited about the UEFA Champions League.

“The most important thing is we never lay down our arms, we are all in this until the end.

“Now we have to go to the Bernabéu and we will need our fans like never and we are going to do something magical, which is to win.”

That was when de Bruyne’s diving header at the far post off Riyad Mahrez’ cross and Jesus’ low shot off the Belgian playmaker put Manchester City 2-0 up after 11 minutes.

But Real Madrid hit back in the 33rd minute when Benzema fired Ferland Mendy’s cross in off the post.

The affair remained relentless after the break with Mahrez denied by the post before Foden headed home Fernandinho’s cross for 3-1.

Real Madrid hit back again a mere two minutes later from Vinicius Junior who first beat Fernandinho for the ball.

He then beat goalkeeper Ederson with a low shot after a solo across half the field.

Benzema showed nerves like steel a few days after missing two penalty kicks in the league against Osasuna.

He calmly converted Panenka-style from the spot after a Laporte handball to add a brace to his hat-trick against Paris Saint-Germain (PSG) in the last 16.

The other first leg game is on Wednesday and it is also an English-Spanish affair, with Liverpool hosting surprise package Villarreal.

Osinbajo has paid his dues, he should be next president” – Alake of Egbaland