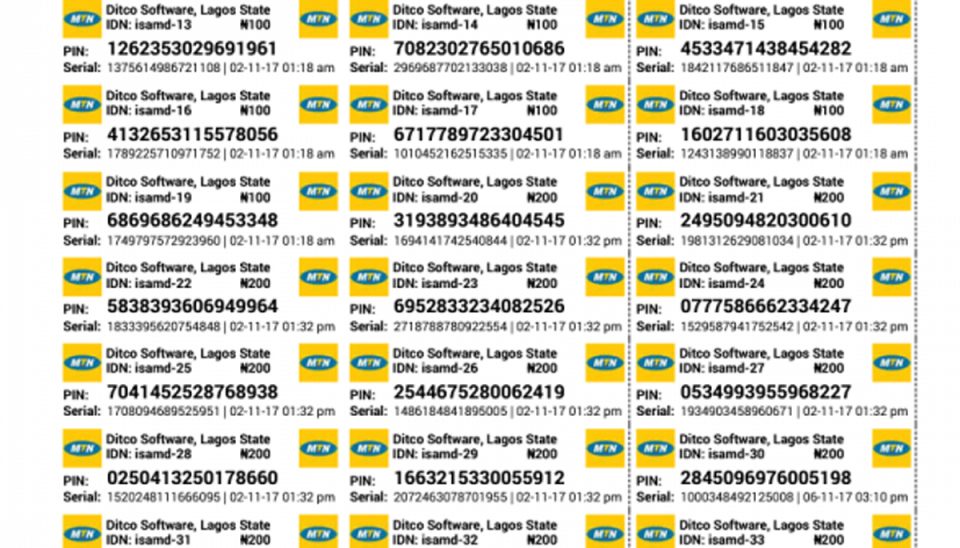 Telecom operators and a university don yesterday urged the Federal Government to rescind its decision on the introduction of five per cent exercise duty on recharge cards in the country.

The operators, acting under the aegis of the Association of Licensed Telecommunication Operators (ALTON), urged the Federal Government to remove “nuisance taxes” placed on operators in the sector.

Its Chairman, Gbenga Adebayo, who spoke yesterday on Sunrise Daily, a Channels Television programme, said the telecom sector has been over-taxed with all manners of spurious charges and levies.

Nuisance tax is a tax imposed as a percentage of the selling price of goods or services, payable by the customer and transmitted by the seller to the taxing authority.

The Federal Government on May 5 approved the collection of five per cent as excise duty on telephone recharge cards and vouchers.

The charge is part of new items on the list of goods liable for excise duty on the Finance Act in the country. Excise duty is a levy charged at the time of manufacturing.

It is also a form of indirect tax on the sale or consumption of certain goods and product.

The new duty would add to some of the taxes levied on the telecom companies, including tertiary education tax, companies income tax, value-added tax, right of way (RoW) charges, yearly operating levy, among others.

Adebayo said operators face about 36 levies and taxes, and that an additional duty on recharge cards would amount to an overkill.

He said: “The behaviour of the government is not helping things for anyone. As at today, we have about 36 levies and taxes against operators. An additional five per cent excise tax has now been considered effective for June 1. All of these affect the sector and that’s why we want the regulators to see that this is where we are.

“Regulators should look at the challenges that we are facing. Government should intervene where they can intervene and I must say not in the way of a bailout but to use the regulatory instruments to get what we want for us.

“The sector should be declared as national critical infrastructure. When this is done, it becomes important like the oil and gas sector across the country. We’re saying any negative impact on the telecommunication sector will affect the entire economy.

“There are levies and taxes defined in the statute (book), we have no objections to those ones. The nuisance taxes are the ones that are problematic. If the government says they will charge effluent discharge tax on operators, what is that, we are not an oil service company. What is environmental sanitation tax on telecommunication companies?”

Tella said: “The introduction of the new taxes on recharge cards is not fair given the economic condition of an average Nigerian.

“Nigerians have been dealing with soaring inflation and weak purchasing power and implementing this policy will exacerbate their woes.”

He advised all the tiers to cut down on the high cost of governance, so as to free funds rather than imposing taxes.

The operators had asked for 40 per cent upward reviews in voice calls, short message services (SMS) and data costs.

The group said the recent excise duty of five per cent on telecom services will further increase the burden of multiple taxes and levies on the industry.

Meanwhile, the Nigerian Communications Commission (NCC) had said it will not allow any tariff increase by the telecom companies without due process.