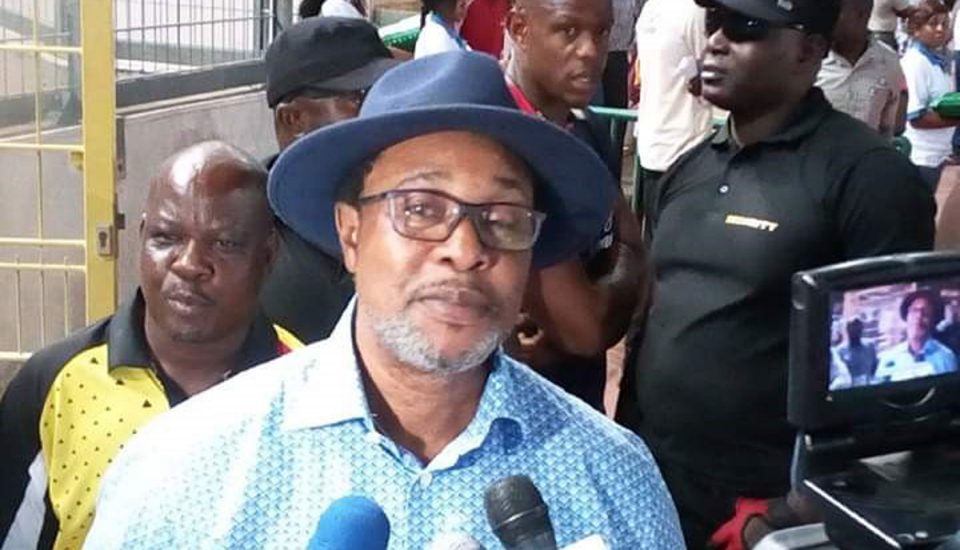 A member of the Nigerian women’s 4x100m team competing at the Birmingham 2022 Commonwealth Games has tested positive for drugs, putting the Athletics Federation of Nigeria (AFN) in the midst of a new doping crisis.

With a new African record time of 42.10s, the team, which included Tobi Amusan, Rosemary Chukwuma, Favour Ofili, and Grace Nwokocha, took home the gold. However, given that Nwokocha, the race’s anchor, is caught up in the drug dragnet, this would now be for naught.

The Guardian gathered that the World Anti-Doping Agency (WADA) has informed the AFN of the development while still awaiting confirmation of the B sample.

In the event that the athlete is found guilty, the team will typically lose both the medal and the performance.

The AFN president, Tonobok Okowa, expressed shock at the turn of events, saying: “I’m not yet aware of any positive test, but that would be shocking,” according to a report by Mainstreet News.

However, sources within the AFN, who confirmed that a letter from WADA has been sent to the federation, but spoke separately to The Guardian on the condition of anonymity, confirmed that the president has been aware of the development since the start of the week.

Grace Nwokocha of Team Nigeria runs towards the finish line to go on to win the gold medal in the Women’s 4 x 100m Relay – Final at the Birmingham 2022 Commonwealth Games. (Photo by AFP)

They also confirmed that Nwokocha‘s A sample tested positive for anabolic steroids, but weren’t forthcoming on the precise steroid.

The 21-year-old Nwokocha, a multiple time national champion over 100 metres, has a personal best time in the 100m of 10.97 seconds set at the last World Championships in Eugene, Oregon, USA. She also ran a personal best of 22.44s in the 200m.

It is the first time in her blossoming athletics career that Nwokocha would be linked to any drug-related controversy.

What are anabolic steroids?

Some examples of anabolic steroids are nandrolone, oxandrolone, oxymetholone, stanozolol, and trenbolone acetate.

Anabolic steroids, also known more properly as anabolic–androgenic steroids, were first developed in 1935 by German scientists, led by the chemist, Adolf Butenandt, who developed the substance as a way to treat hypogonadism, a form of testosterone deficiency.

It soon found its way into sports, with the U.S.S.R. being one of the first nations to be known for the use of anabolic steroids, especially among its weightlifters. They weren’t alone though, as the renowned US weightlifting doctor, John Ziegler, began working in 1954 on creating a refined synthesis technique that would produce a compound with the muscle-building benefits of testosterone without androgenic side effects, such as prostate enlargement.

In 1975, the International Olympic Committee added anabolic steroids to its list of banned substances. A year later, at the Montreal Olympics, drug testing was introduced.

It wasn’t until 1988, though, that the track and field world would come to really know how anabolic steroids could affect the outcome of an event when the high-profile rivalry between sprinters Carl Lewis of the US and the Canadian Ben Johnson came to a head after Johnson posted a record-smashing time of 9.79 seconds in the 100 meter final at the Seoul Olympics, shaving 0.14 of a second off the previous world record. Johnson’s time was, however, deleted from the record books and his gold medal stripped after the anabolic steroid Stanozol was detected in his urine sample.

In 2007, the IOC stripped former women’s 100m world champion Marion Jones of the five medals she won seven years earlier at the Sydney Olympics after the American sprinter admitted using BALCO’s designer steroid “the Clear” from 2001 to 2002.

Chioma Ajunwa leaps to gold at the 1996 Olympic Games. She had previously been banned for failing a dope test. PHOTO: CNN

Which Nigerian track and field stars have been banned?

Nigerians haven’t been left out though, as a good number of the country’s track and field stars have at some point in their careers been banned for drug use.

The list includes Chioma Ajunwa, the first Nigerian to win gold at the 1996 Summer Olympics in Atlanta and the first black African woman to win an Olympic gold medal in a field event, who failed a drug test in 1992 and was eventually banned from competing for four years, and Mary Onyali, the first Nigerian to compete in five Olympics. Onyali was banned for taking ephedrine in 1996, but she, like Ajunwa before her, continues to plead her innocence to this day.

Venezuela streets empty after second blackout in a month