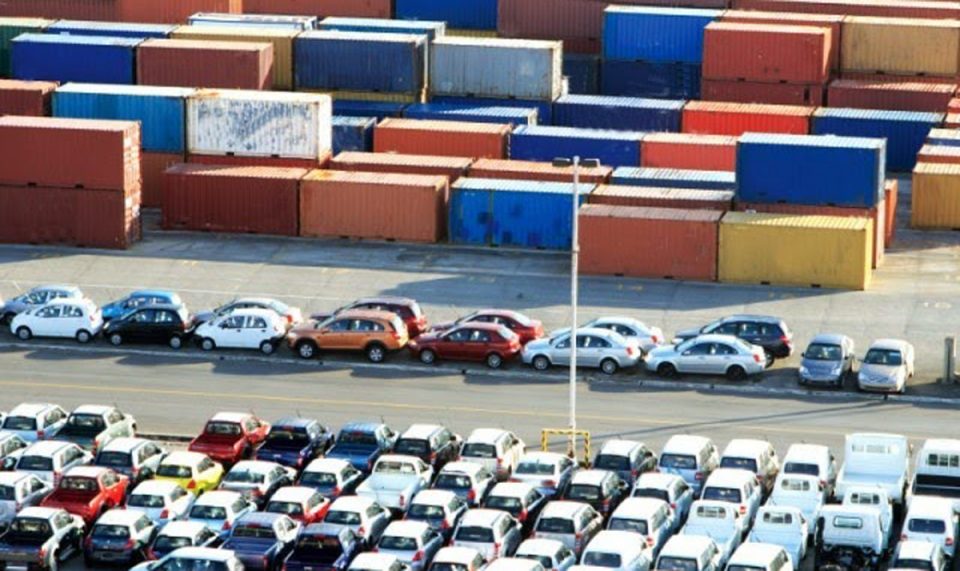 Stakeholders in the maritime sector have raised the alarm that the infrastructure in the nation’s seaports are fast decaying and threatening international trade in the country.

They said the collapsed portions of some terminals inside the ports are getting worse on a daily basis as no efforts are made to rehabilitate them.

He said that Brawal terminal has been destroyed almost completely by erosion, noting that a crack that was deliberately ignored has developed into a gully.

“If the cracks were promptly arrested they would not have developed into the valleys they are today. But in Nigeria cracks are ignored until they become valleys. At that point trillions of Naira would come to the rescue instead of millions and billions of Naira. You must have heard that NPA has budgeted N600 billion in this year’s budget for reconstruction of the collapsed Nigerian Ports. There is insincerity in the whole arrangement. The present government has only seven months to go. We are now in the political campaign period, politicians will now use the collapsed ports as campaign material,” Vincent said.

Vincent said the Concession Agreement in 2006 was flawed, as it made provision for repair and/or reconstruction of the ports infrastructure by the Nigerian Ports Authority (NPA) instead of the concessionaires, despite the government’s low maintenance culture and bureaucratic system in its agencies.

He said government has no business being involved in this kind of haphazard arrangement that has now gone sour, noting that the next concession agreement/renewal should enforce the duty of port maintenance and reconstruction of collapsed quay aprons and provision of fenders among other dilapidated infrastructure as the responsibility of the terminal operators.

Vincent also lamented that the Federal Government’s policies are killing the maritime industry and indigenous operators, while favouring foreigners who operate 80 per cent of the trade in the country.

He said the country’s maritime trade is the worst victim of the Federal Government’s policy from 2015 to date, which started with the auto policy of 2013.

He said the vehicle assembly plants were to bring in completely knocked down parts at 20 per cent duty rate, while indigenous importers were to pay 35 per cent.

He said this policy favoured foreigners more than the indigenous operators, noting that the policy boosted smuggling.

“Take a look at the Vehicle Identification Number policy that has no place in the valuation principles of any trading nation. It violates Act 20 of 2003, which is the legal valuation principle presented to the World Trade Organisation by the Nigeria Customs Service in 2007.

“Compare the highest cargo throughput, which stood at 14 million ton equivalent units (TEU) in 2014, with the present 3.5 million TEUs in 2022, you will agree with me that there is a deliberate policy to kill the Nigerian trade industry,” he said.

Vincent stressed that all terminal operators are fencing agents out of the ports with barbed wires and stringent conditions that require access cards before an agent can enter any of the terminals.

He said about 70 per cent of the agents cannot enter the terminals because they don’t have Form C 30 and are therefore not qualified for access cards. He said at PTML, the Access Card office is humiliating and embarrassing agents.

Also speaking, the General Secretary, Association of Bonded Terminal Operators of Nigeria, Haruna Omolajomo, said the renewal of the concessionaires by Federal Government should be of concern to all Nigerians, especially the stakeholders in the maritime industry, having regard to infrastructural decays at the ports, which solution seem impossible to address in the next coming years.

He said what should be paramount to NPA and Federal Government is the need for infrastructural decays not to surpass minimum acceptable international standards before renewing their agreement.

Omolajomo said, although the concessionaires have claimed to have put everything in place and have surpassed the minimum standards expected of them by the government, certain questions beg for immediate answers.

He listed the questions to include: “Of what benefits were the first concession to the economy and people of Nigeria? Have the government and people of Nigeria really benefited from these concessionaires? Do these concessionaires actually or practically contribute to the social activities of their environments or even helped in the community development of their areas? Do their actions or inactions help the local content that is paramount in the Federal Government agenda?

“What impacts do their business have on our local currency? Is it a case of transferring all the money they make out of the country without the people here benefitting from it or using it to grow our economy? What of employment, how many Nigerians are benefitting from these concessionaires?”

He said the concessionaires activities or actions form part of what is killing indigenous bonded terminals or the inland container depots (lCDs) as well local content addition.

According to him, the concessionaires have practically taken businesses off Nigerians that ought to benefit and use whatever is got to develop the country, rather than take all the profits made to their home countries.

Omolajomo said convincing government not to renew their concession would be asking a camel to pass through the eye of a needle, suggesting that for things to work perfectly, there should be a conscious policy or law enacted by the National Assembly that will allow tangible percentage of cargo inflow to be handled by the local or indigenous operators, about 35 per cent to satisfy the local content policy of the Federal Government.

He said the indigenous bonded operators must be carried along in all regulations and policy, noting that bonded terminals have invested over N5 trillion and have performed below 15 per cent capacity utilisation due to Federal Government policy that favoured the foreign concessionaires at the expense of the local content.

“On regular basis, the concessionaires must be closely monitored to ensure that whatever they get as profit, a certain percentage is ploughed back for infrastructural development as well as social benefits for the people of Nigeria. Any concessionaire that fails to comply should be blacklisted and punished adequately,” he suggested.

Senate seeks end to maltreatment of Nigerians travelling to Ghana

The imperatives of adopting modern approaches to learning in Nigeria

NLNG signs sales deal with Vitol SA on Train 1, 2 and 3