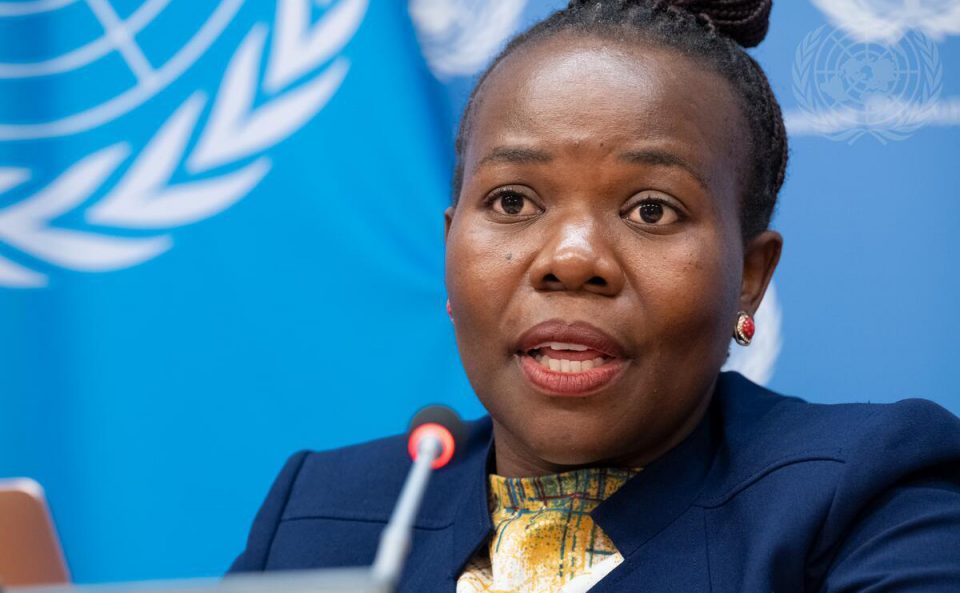 Ms Catherine Namakula, Chair, Working Group on People of African descent has appealed to the relevant stakeholders to desist from portraying African children in undignified circumstances.

Namakula made the call in an interview in New York.

She was reacting to a report published and presented to the UN General Assembly on Tuesday.

“We made an appeal to the United Nations and other stakeholders to desist from using images of African children and children of African descent in undignified circumstances of dire poverty for marketing and fundraising,’’ she said.

In the report , UN human rights experts outlined how discrimination affects black boys and girls worldwide to the extent that they are not considered children, even in the eyes of the law.

They said unresolved legacies of trade and trafficking in enslaved Africans, as well as colonialism, post-colonial apartheid and segregation, continue to harm these children today.

The report by the Working Group on people of African descent highlights discrimination in areas that include the administration of justice, law enforcement, education, and health.

The report found that throughout the diaspora, children of African descent face heavier policing, including more arrests, police surveillance, racial profiling, strip searches and excessive use of force.

In short, “law enforcement is in conflict with children of African descent,” according to the report.

The study details how false racial stereotypes of criminality, culpability and dangerousness, influence decision-making, including by police officers, prosecutors, lawyers and judges globally.

“The childhoods of people of African descent are stolen by persistent racial disparities in policing and family interventions, including removal of children and termination of parental rights, and racialised decision-making and outcomes,” they said.

They called for the creation of a racial justice index to measure progress.

“We must dismantle discriminatory structures and create political space for a dialogue on reparations at the international, regional, national and local levels. Only the truth, accountability and justice can eliminate racial discrimination,”  Namakula said.

The experts also emphasised for the UN and other stakeholders to stop using images of African children and children of African descent in undignified circumstances, for marketing and fundraising purposes.

They further urged these organisations to address negative stereotypes, adding that “children of African descent are not synonymous with poverty”.

In the wake of their country visit to Switzerland in January, the Working Group has welcomed the October 31 decision by the Zürich High Court ordering the release of a young man called “Brian K.”

His story represents “a striking example of a stolen childhood and a superimposed adult identity with stark racial connotations,” they said.

Brian K., now in his mid-20s, was just 10 when he was first arrested on the basis of a false accusation, according to the UN experts.  He had been held in pre-trial detention or preventive detention without interruption since 28 September 2017.

“Leaving no child behind requires bringing the issues of children of African descent from the margins to the mainstream in education, health, social services and child justice. Humanity owes the best it has to give to every child without exception,” Namakula said.

“The lives of children of African descent are humanity’s opportunity to decisively discontinue centuries of marginalisation of generations of one of the most oppressed group of persons of the world.”

The Working Group of Experts on People of African Descent was appointed by the UN Human Rights Council, which is based in Geneva.

Other members of the Group are Ms. Dominique Day, Barbara Reynolds, Sushil Raj and Miriam Ekiudoko.

They are not UN staff and do not receive a salary for their work.

Poverty Eradication: Entrepreneur calls for use of renewable energy