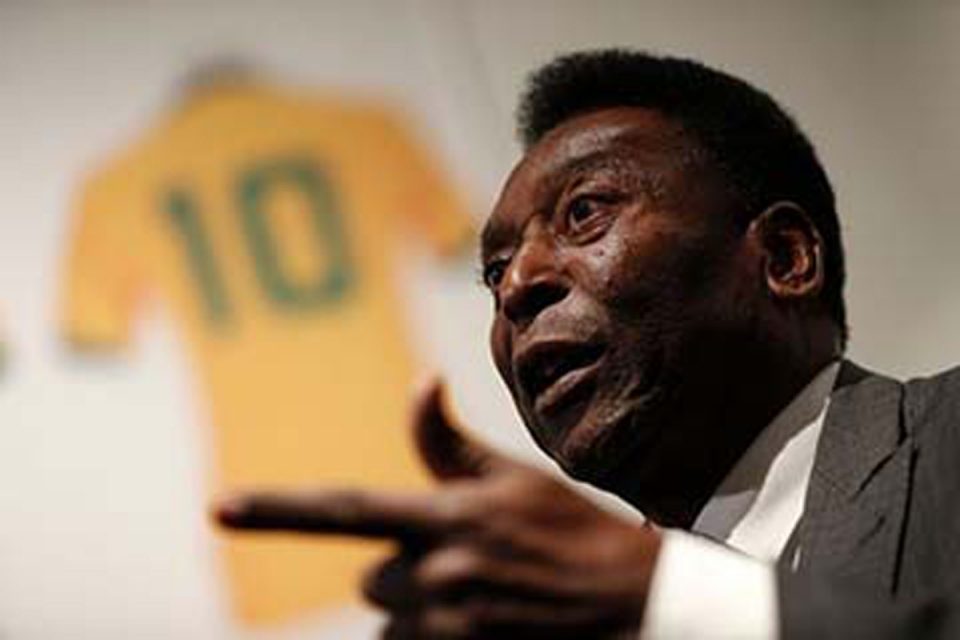 Pele, the legendary Brazilian soccer player , one of the greatest and best-known athletes in modern history, died on Thursday at the age of 82.

The death of the only man to win the World Cup three times as a player was confirmed by his daughter, Kely Nascimento on Instagram.

Pele had been undergoing chemotherapy on a regular basis since he had a tumor removed from his colon in September 2021.

He also had difficulty walking unaided since an unsuccessful hip operation in 2012.

In February 2020, on the eve of the coronavirus pandemic, his son Edinho said Pele’s ailing physical state had left him depressed.

Pele, whose given name was Edson Arantes do Nascimento, joined Santos in 1956 and turned the small coastal club into one of the most famous names in football.

In addition to a host of regional and national titles, he won two Copa Libertadores, the South American equivalent of the Champions League.

He also won two Intercontinental Cups, the annual tournament held between the best teams in Europe and South America.

He missed most of the tournament through injury – and the third in Mexico in 1970, when he led what is considered to be one of the greatest sides ever to play the game.

He retired from Santos in 1974 but a year later made a surprise comeback by signing a lucrative deal to join the New York Cosmos in the then nascent North American Soccer League.

Pele, though, transcended soccer, like no player before or since, and he became one of the first global icons of the 20th century.

He credited his one-of-a-kind mix of talent, creative genius and technical skill to a youth spent playing pick-up games in small-town Brazil.

His celebrity was often overwhelming. Grown adults broke down crying in his presence with regularity.

As a player, souvenir-seeking fans often rushed the field following games and tore off his shorts, socks and even underwear.

His house in Brazil was less than a mile from a beach, but he didn’t go there for some two decades because of fear of crowds.

Yet even in unguarded moments among friends, he rarely complained.

He believed that his talent was a divine gift, and he spoke movingly about how soccer allowed him to travel the world.

“God gave me this ability for one reason: To make people happy,” he said during a 2013 interview with Reuters.

“No matter what I did, I tried not to forget that.”

Late Rep. Adedoyin will be sorely missed by colleagues, Dogara