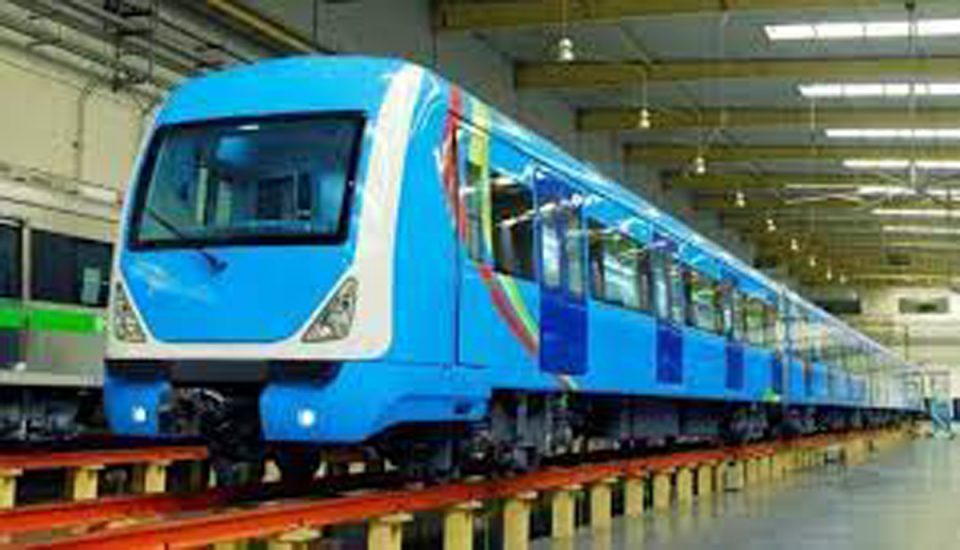 Petty traders around the Blue line rail station in Iganmu, Lagos, have expressed joy over the inauguration of the train service expected to attract millions of people to the station.
In separate interviews on Monday the traders said the operation of the train service would bring more customers to buy their wares.
Mrs Adijat Fatai, popularly known as (Mama Kadijat) roasting plantain around the train station, said she was very happy that the service was starting because the large number of people patronising the service would increase her sales.
An energy drink seller for over five years in the area, Mrs Rudiat Azeez, also said she looked forward to the start of the train operation as it would improve her daily sales.
Azeez pleaded with the government not to drive the petty traders away from the area, but open a market space for them to sell their wares.
Mrs Yetunde Rasak, selling bread and butter, thanked the government for completing the project, stressing that the operation would boost her bread business.
“I have been selling bread and butter here in the last six years. Sometimes all the bread I brought are sold, particularly, when the workers are many.
“In recent times, my sales have been low because many of the workers have moved to other areas. Now that the train will start operation, many passengers will come here and they will buy things from us.
“I am happy the train is starting operations. I expect to sell more and I will have more money to take care of my family,” she said.
A food vendor, Mrs Lily Okon, said she was so happy that the train was starting now, because with more passengers coming to Iganmu station, her cooked food would be boom.
She appealed to the state government to create a space where the traders would sell their products, rather than the open space they currently occupied.
For Mrs Yemisi Agboola, who deals on beverages said that operation of the Blue line train was a welcome development, as more people coming around the area would boost her business.
The Blue line train is one of the projects to be inaugurated by President Muhammadu Buhari during his two-day visit to Lagos State.