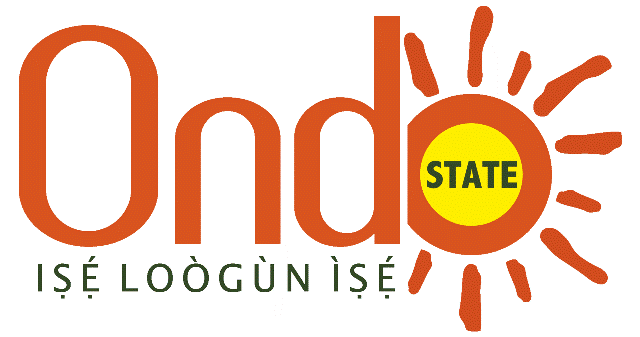 Governor Oluwarotimi Akeredolu of Ondo State has lambasted members of the State House of Assembly over the allegation that snakes prevented them from carrying out their legislative duties.

Akeredolu, who visited the Assembly complex after the report that snakes chased out lawmakers from the plenary session, accused the lawmakers of trying to blackmail the state government for pecuniary gains.

But the spokesperson of the Assembly, Hon. Gbenga Omole insisted that they saw snake in the chambers on Wednesday and that parts of the Assembly caved-in on Thursday, leading to their adjournment.

An enraged Akeredolu, who visited the Assembly on Friday, said the lawmakers did not tell the world the truth about the event in the hallowed chamber, but fabricated lies in order to blackmail the executive arm of government.

The lawmakers had hurriedly adjourned indefinitely last week Thursday over the allegation that snakes prevented them from sitting at the hallowed chamber and that part of the roof of the chamber caved in where the Speaker of the Assembly usually sits.

The Chairman of the House Committee on Information, Omole, had, after the hurried adjournment, said: “When we were about to enter into plenary, a big snake just ran out of the chamber which disrupted our sitting and we had to hurriedly leave the chamber.

“We are about to seat again today when a ceiling caved-in directly where Mr. Speaker was sitting, the whole House was agitated and when we looked around, we saw the damage the termite had done to most of the woodwork in the ceiling.

“At that point, we had to call ourselves and adjourned the sitting. That chamber is no longer safe for legislative business and because of that, we decided to adjourn indefinitely. The House will be going on an indefinite recess.”

However, when Akeredolu visited the Assembly complex, he accused the lawmakers of blackmail and an attempt to hoodwink the unsuspecting members of the public about the happenings in the Assembly.

Akeredolu said: “Did you see any green snake here? You said snake chased you out of this place and that you adjourned sine-die. How did you combine what happened here yesterday with your snake if it is not grand connivance by yourselves?

“How did you come about snake yesterday and day before yesterday? How did you combine it and said snake fell on your head? The media took your point and said snake fell on you and you all kept quiet. This House has stayed here for several years. If termites go into this place and eat it, no doubt unless you treat this place for termite, it will fall down.

“What I have come to do is to verify what has happened. I have seen that what has happened is that there is an attempt to blackmail the state and I think the government will not take it. I was given the facts and I want to be sure that the Speaker and that most of the officers are here.

“There is an attempt to blackmail the government and I don’t believe that is the best approach. This is an arm of government and they have their vote and what they are entitled to, is the one we give them. This place is termite infested and certainly, the termites have been dwelling here for several years. We have just come for two years; there is no way termites’ infestation in two years would cause such destruction.

“Something is wrong, this place has not been maintained and members of the House have always been here, what have they done about the maintenance of this place? If they have not been concerned about it, we have to sit down at the table and work things out.”

The Speaker of the Assembly, Mr. Bamidele Oleyelogun, in his response blamed the media for blowing the incident beyond proportion and said the snake incident on Wednesday had been a periodic occurrence in the past, but was not the reason for adjournment of the house on Thursday.

Oleyelogun said members of Assembly met the roof of the chamber already caved in as a result of termite infestation on Thursday and, as such, the House could not commence proceedings.

But the spokesperson of the Assembly said the lawmakers were not out to blackmail the government as insinuated by the governor.

Omole said: “The truth of the matter is that that place needs attention. The way they merged the issue of snake with the collapsed part of the building is the issue. The termites have eaten the roof of the building.

“To set the record straight, we never sat on Wednesday and Thursday. Actually, we wanted to sit on Thursday, but when we came in, some part of the roof have caved-in. I granted the interview that on Wednesday that there was snake and we could not sit, it is not that snake chased us out of the chamber. That was what everybody wrote. Journalists have liberty to write what they wanted to write.

“On the issue of termites, everybody knows that place needs a facelift; that is a fact that the governor knows. It is the joining of snake with termite that embarrassed the governor. The governor accused us of blackmail, why is it that the past leadership of the House has not done anything about it? Every year, they put renovation of the Assembly in the budget and it was not implemented. The executive brings in budget and you passed it. The place where the budget is passed is termite-infested.

“It is not going to be business as usual. That is my own stand as the spokesperson of the House. Do they not repair their own offices? There was a snake on Wednesday. On Thursday when we were about to sit, we discovered termites have eaten the roof. The question is that, termites did not start eating in the last two years. It has been the failure of the leadership of the House in the past Assembly.

“The truth is that they will give them small money and they will pass the budget, the one that concerns them will not be addressed. We are not going to take that this time around. We cannot say because we are friends to the governor, we will not say the truth: they repair their offices. Let us expose the leadership of the House, the Speaker said money is voted for the renovation every year, but it is not backed with cash. They did not release money for repair, yet you pass their budgets.

“They want to borrow money now. I am a member of the Appropriation Committee. They want to borrow N30 billion. If they did not do what we want, we will not allow that to happen. Out of the money, they said they want to rehabilitate Accountant General’s office, you want to repair the Accountant General’s office, and you don’t want to repair the independent arm of government. It is not going to happen. The worst is that they will not give us second term, but we will do what the people of Ondo State like.