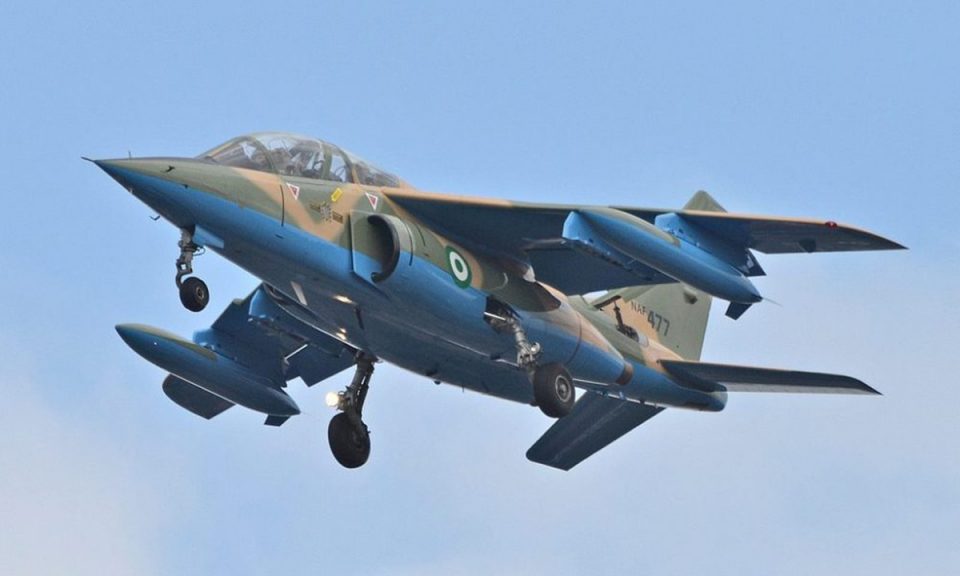 The Nigerian Air Force (NAF) says its Air Task Force (ATF) of Operation LAFIYA DOLE  has successfully destroyed a Boko Haram Terrorists’ (BHT) Command and Control Centre in Dusula, on the fringes of the Sambisa Forest in Borno.

The ATF successfully carried out the operation through Operation GREEN SWEEP III which aimed to target some identified terrorists’ positions in Borno.

Air Commodore Ibikunle Daramola, NAF Director of Public Relations and Information, who disclosed this in a statement on Saturday in Abuja, said the operation was conducted on Friday.

Daramola said  this was sequel to a renewed offensive aimed at further eliminating remnants of Boko Haram and Islamic State of West Africa Province Terrorists (BHT/ISWAP) in the North-East of Nigeria,

” The operation was executed after series of Intelligence Surveillance and Reconnaissance (ISR) missions led to the identification of the Command Centre with its solar panels, communications equipment and other facilities.

” The three Alpha Jets dispatched by the ATF engaged the location in multiple passes, recording accurate hits on the target area.

“The structures housing the Command Centre were completely destroyed by the strikes while several of the terrorists were neutralised.

” The few surviving terrorists, who were seen attempting to flee the area, were taken out by follow on attacks,” he said.

Daramola said the NAF, operating in concert with surface forces, would sustain its operations against the terrorists in the North-East.

IoD worries over impact of COVID-19 on AGMs, profits