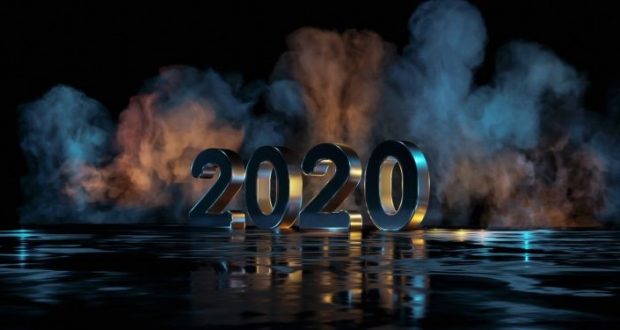 This is the work year for the Buhari administration

It is not only routine to look ahead of the New Year; it is an imperative of routine. For a serious nation, projecting into the next calendar of about 12 months calls for a blend of optimism and fear, a probing of possibilities and potential, and an acknowledgment of weaknesses and foibles.

In the end, we will go as far as our resolves to us, either forward from hope and cheer, or backward from gloom. The past year gave us a lot of gloom to ponder, but the New Year offers an opportunity to ascend them to see the blind spots that eluded us for progress.

One of such areas was security. All across the country, 2019 was much like the years preceding. The onslaughts came from different points: devastations of Boko Haram, the stealth efficiencies of the herdsmen, the fiery vigils of the kidnappers, the bravado of armed robbers. The country, at times helpless, at times fighting back, seemed overwhelmed by these forces.

The army and police as a combined threat revealed the fragility of our institutions to mow down the enemy within.

On the point of governance, we still saw evidence of elite corruption, which put the fight against graft in philosophical and moral straits. Politicians and bureaucrats had itchy fingers, and they were sometimes in the position to decide what fingers should dip into the country’s food bowl. It became a case of the corrupt placed in charge of the corrupt. It inspired doubts and despair among many citizens even when evidence also pointed to real triumphs with convictions of some in that class, which should stir hope of light in a befuddling tunnel.

We also saw a year of governance as routine instead of imagination. One of such areas was in the welfare of the people. At issue was the question of minimum wage, where agreement and will seem to be at cross purposes. Most states are still at the level of agreement. They claim to love the people enough not to throw away the truce of the leaders of Nigerian labour. But they say they do not have the money or even the potential to turn this love into happy doing.

This is where we see governance as surrender in this era of governors. This may also be due to the argument that many states see their resources only in terms of allocation from the centre, which relies on factors beyond them, including oil. They also say the fiscal inequity of the polity has made it difficult for the state governments and governors the room to explore their innate riches for their own people.

Contentions like this have plagued this democracy from the onset. They also, in our view, have created the ideological casus belli to launch tirades at the centre as diversions from their lack of creative ardour. It is the sort of battle of wit that fires on within the upper sanctum of society while the poor and vulnerable still grasp for their everyday miracles.

On the level of the quality of representative democracy, we also grappled with the issue of the rule of law. The year ended with the struggles of the Buhari administration to set free a citizen whose call for protest would have ended as a whiff. It became a firestorm of international proportion that compelled the government to yield shamefacedly. It also set free Sambo Dasuki, a former national security adviser, who the courts had ordered out of the grasp of security forces for years.

A blend of security challenges, gubernatorial naivety, corruption challenges and the burdens of pursuing an exemplary constitutional democracy call for a more robust vision for 2020.

But two major things call for attention, and they include infrastructure and health care. The 2020 budget, for all its acclaim, is still puny in its sense of adventure. With roads calling for more attention and health care at acute deficit, we need the Federal Government to look at how it could turn the budget into a Trojan’s muscle by supporting both roads and rail. They will not only make businesses work but also employ many citizens.

Of course, infrastructure is nothing without power, the modern driver of progress. So far, we have not shown as much energy in policy and resolve to generate enough power. We need all of these to ensure work and profit.

But profit without an enlightened citizenry is fruitless. So, education as a driver of prosperity, especially in the long term, must also be pursued. We cannot do that without states energising primary education and the centre drawing a vision that coheres while still retaining the fierce individualities of the federating units.

The Buhari administration has, in its own lights, appointed its team. This is now its time to focus on legacy. It does not have much time. The first term was its seed time. The seed time has to move to growth and reaping. This year is the pivotal opportunity to focus on work before harvest.

Vision and work have to come together in a furious partnership this year for the Buhari administration to hope for any sort of legacy when its work is done.

Nigeria and the challenge of Eco currency – The Sun

Erosion of literacy – The Nation

After A Tumultuous Run In The White House, Sean Spicer is Ready To Talk Now

You actually make it appear so easy together with your presentation however I in finding this topic to be actually something which I believe I would by no means understand. It kind of feels too complex and extremely vast for me. I am having a look forward on your subsequent put up, I will try to get the dangle of it!