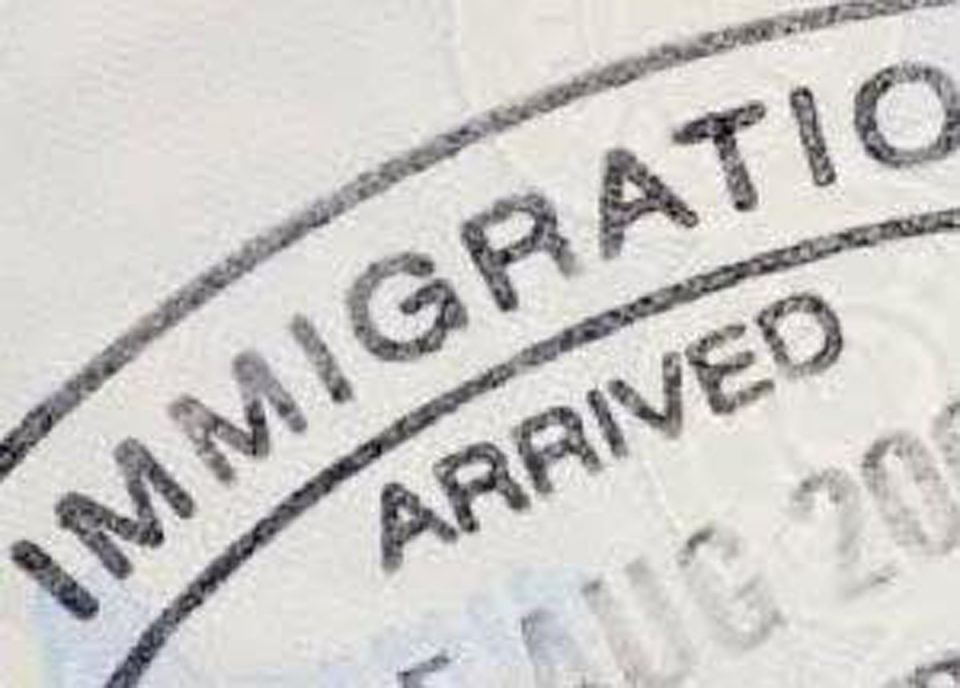 The Lagos Comptroller of Passports, Mrs Anne Agbim, on Friday commended the performance of the Ikoyi passport office of Nigeria Immigration Service (NIS) and urged Immigration officers to continue to conduct themselves in best practices of the Service.

She gave the commendation while addressing the officers during the 2019 End of Year Thanksgiving  of Ikoyi Passport in Lagos where some officers were rewarded for exemplary conduct in 2019.

Agbim also  urged other officers of the service to sit up and be professional in their dealings, especially with the members of the public.

She stresed  that any officer caught involved in sharp practice will face disciplinary action.

“NIS under the watch of Comptroller-General, Muhammed Babandede, has been doing wonderfully well.

“I want to warn officers under my command in Lagos to sit up, you must not extort applicants and encourage touts,” she said.

Mrs Agbim applauded the Passport Control Officer (PCO) of the Ikoyi Office, Mr Manir Yari, and the entire officers for providing quality service to Nigerians on passport issuances in the year under review.

The Lagos Controller of Passports further said she was very happy with what she witnessed in Ikoyi Passport office.

The PCO said the thanksgiving was held to thank God for the challenges that were overcome and all the achievements recorded in 2019.

Yari said,“We give glory to God that Ikoyi passport office started well in 2019.

“However, on June 25, 2019, under the instruction of President Muhammudu Buhari, NIS migrated from e-Passport to Enhanced e-Passport successfully.

“The office was able to migrate successfully too.

“The office was able to reduce drastically touting and touts, developed good rapport with companies and organisations that constructed new production room, and SERVICOM complaint office.’’

Yari further said the office created enabling environment for the ease of doing business with applicants getting their passports in a maximum of three working days.

The Chairman, Organising Committee of the Thanksgiving, Assistant Comptroller of Immigration (ACI), Mrs Bummi Balogun, said the office would not relent to show a good leadership example in the service.

News Agency of Nigeria (NAN) reports that 15 categories of awards were given to 15 value adding officers for the year under review.

Throughout this great pattern of things you receive a B+ with regard to effort and hard work. Exactly where you actually lost me personally was on your specifics. As they say, the devil is in the details… And that couldn’t be more accurate here. Having said that, let me tell you just what did work. The text can be incredibly convincing and that is most likely why I am taking an effort in order to comment. I do not really make it a regular habit of doing that. 2nd, despite the fact that I can certainly notice the jumps in reasoning you make, I am not really convinced of how you seem to connect your points which inturn make your final result. For the moment I will yield to your point however hope in the foreseeable future you actually link the dots much better.

Nice read, I just passed this onto a colleague who was doing some research on that. And he actually bought me lunch because I found it for him smile So let me rephrase that: Thank you for lunch!

I don’t even know how I stopped up here, however I believed this put up used to be great. I do not recognise who you might be but definitely you’re going to a well-known blogger in the event you are not already 😉 Cheers!

Very interesting info !Perfect just what I was searching for!

I went over this internet site and I think you have a lot of good info, saved to bookmarks (:.