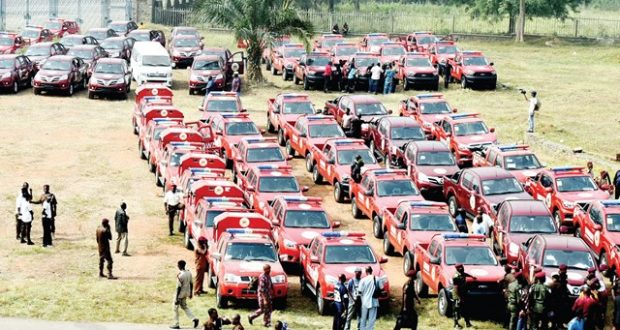 Creating an adversarial spirit, the Federal Government has declared the security outfit of the South-West states code-named “Operation Amotekun (Leopard),” illegal. The Minister of Justice and Attorney-General of the Federation Abubakar Malami threw a legal spanner in the works of the six governors in the region on Tuesday, instantly stoking up tensions. Malami said, “… no state government, whether singly or in a group, has the legal right and competence to establish any form of organisation or agency for the defence of Nigeria or any of its constituent parts.” He then threatened fire: “The law will take its natural course in relation to excesses associated with organisation, administration and participation in Amotekun or continuous association with it as an association.”

He is wrong. Malami’s statement is not only provocative, it is mindless folly. This South-West governors’ commendable step should not be hampered by his dozy legalism. In a federation such as Nigeria’s, there is nothing that stops states, especially those that are contiguous to one another, from collaborating in areas of common interest and mutual benefits. This could cover economic, political and security interests. It is also in the interest of promoting regional integration – which is what the South-West states have done. This heavy-handed, one-size-fits-all solution approach to governance should be resisted. No sensible law contests a regional collaboration for the protection of lives and property. Instead, this type of effort spurs development and the spirit of cooperation among states in a federation.

Right from the outset, Amotekun was conceived to address the rampaging banditry, maiming, kidnapping and killing of people in the region.  But it is not only the South-West that is confronted with the monster of insecurity. Every region is suffering from the complete breakdown of Nigeria’s fragile and over-centralised security structure. In this, the Nigeria Police Force is grossly incapacitated and overwhelmed. For the past 10 years – and in spite of the heavy deployment of the military – the North-East has been under unrelenting siege of Boko Haram terrorism, spawning a war that has recorded nearly 100,000 deaths and 2.1 million internally displaced persons. The North-Central is only trying to regroup after years of devastating attacks by murderous herders on the farming communities. Horribly, herdsmen wiped out 73 people in Benue State on New Year’s Day in 2018. A 2018 report by the Global Terrorism Index described them as killing six times more than Boko Haram that year. For the past few years, states in the North-West have been in tatters over attacks by bandits and kidnappers. The Kaduna-Abuja Expressway is still a dreaded zone, while kidnapping still dominates discussions in the South-East.

All along, the six governors in the region have insisted that Operation Amotekun is non-confrontational, but a timely response to the growing criminality in the area. Being shrewd – and for the fact that the security of lives is the raison d’être of government – the South-West governors, rising above partisan politics, collaborated to turn the tables on banditry. At the inauguration in Ibadan on Thursday, the Ekiti State Governor and Chairman of the Nigeria Governors’ Forum, Kayode Fayemi, clearly reiterated, “We are not creating a regional police force, neither are we oblivious of steps to take in order to have state police.” Primarily, the local vigilance groups and the O’odua Peoples Congress members in Amotekun are to gather intelligence, which they are to make available to the federal security agencies. With this, Amotekun is clearly a pragmatic riposte to the rampant insecurity across the land.

On his part, the Ondo Governor and Chairman of the South-West Governors’ Forum, Rotimi Akeredolu, added, “It is our sincere hope that our security efforts will serve as a complement to the security architecture put in place by the Federal Government. It is not in our intention to erect any antagonistic structure whose operation is at cross-purposes with the existing template of events.”

Host governor, Seyi Makinde, put it in proper perspective: “Our regional integration should be seen in one light and one light alone – that we are coming together to fight a common enemy. That enemy is not Nigeria.” The governors of Lagos (Babajide Sanwo-Olu), Ogun (Dapo Abiodun) and Osun (Gboyega Oyetola) pretty much agree with this worldview centred on government focussing on protection.

Amotekun is not the first state security outfit in the country. Hisbah, an Islamic or state police operating in many states in the North, came before it.  The dawn of the Fourth Republic in 1999 and the declaration of Sharia in 12 states have given rise to its existence. Hisbah is most visible in Kano State, with its proclivity for abusing human rights and destroying property. It flogs citizens in an attempt to enforce Islamic canons, and arrests people extra-judicially. In September last year, Hisbah confiscated and destroyed 196,400 bottles of beer worth millions of naira, without the federal authorities batting an eyelid.

According to Hisbah’s Commander General, Sheik Aminu Daurawa, 12 million bottles of beer were destroyed in seven years that involved 800 operations. He disclosed this in an interview with the News Agency of Nigeria. In Zamfara, Jigawa and other states, their activities, which run against the grain of the 1999 Constitution, on the abuse of human rights, have not been halted by the Federal Government.

The fight against Boko Haram terrorism in the North-East has since 2013 received a boost in the role played by the Civilian Joint Task Force, which the federal authorities periodically commend. The International Crisis Group says the military Joint Task Force that involved Chad, Niger and Cameroon “led by (the) Nigerian Army quickly realised the vigilante’s potential as a source of knowledge, intelligence and manpower” that it started to organise them with the help of traditional authorities.

Malami’s lame statement should not abort the initiative. Collectively, the people and governments of the South-West of Nigeria have decided that the security of lives and property is, to them, at a premium. The Amotekun initiative enjoys popular support because it appears to be a realistic solution to the menace of bandits lurking in South-West forests. They see it as something that should not be politicised, knowing full well that no progress can be made in practically all aspects of life in an atmosphere of insecurity, such as have been witnessed in the country in recent times. That is why the governors and citizens have decided to band together, irrespective of their political leanings, to take this noble step of forming Amotekun.

For the purpose of clarity, it bears repeating that the Western Nigeria Security Network is not a rival police force, nor a military wing of the people. It is not a threat to the existing security agencies, such as the police, the Civil Defence, and the Armed Forces. It is about intelligence-driven security, which is so vacuous in the present security system. To give firm expression to their shared conviction, Amotekunshould be given a firm anchorage in the law. The different states involved should hasten the passage of bills establishing the cooperative security outfit.  The law could take the form of the ones establishing the forest guard as Olu Falae, a former Secretary to the Government of the Federation, recently advised. “The forest guards have the power to arrest and prosecute,” he said.   Not only that, the laws should also mandate the states to be able to work in collaboration with each other to ensure that their noble objectives are not stifled.

The governors as the chief security officers of their states, according to the Constitution, should show that their resolve is unmistakeable. They should not give up, since it is about the security of the people. Indeed, it will be unforgettable and unforgiveable if Amotekun is allowed to die on the platform of a flagrant misuse of power.

Tackling the menace of cultism – Thisday