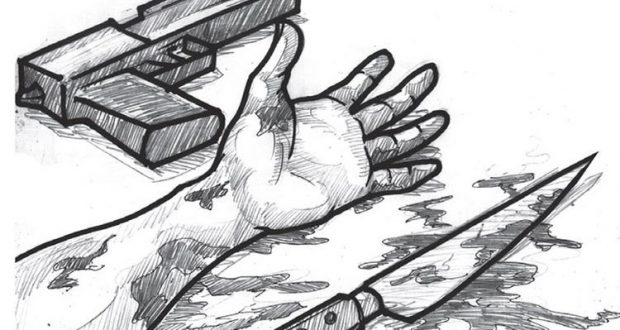 Tackling the menace of cultism – Thisday

The anti-cultism campaign across the states is in order

The recent spike in killings associated with cultism is a time bomb that requires urgent intervention. This menace is a serious burden that has added to our national security challenge, in the shape of kidnapping, militancy, banditry and terrorism. Such is the impact of cultism on our society that hardly a day passes without some young men and women falling victims to this goring spectre of criminal violence, most of them as a result of battles for turf between rival cult groups. In many parts of the country, cultists of various stripes thrive in impunity and take delight in killing, raping and maiming their victims and causing widespread destruction.

It was in response to this menace that the Inspector- General of Police, Mohammed Adamu, recently concluded arrangement to kick-start anti-cultism advocacy and sensitisation campaigns across the 36 states. The essence is to reduce the menace and incidents of cultism, substance abuse and associated violence. But aside extorting money, mostly from innocent young people who dress in a certain way, the police appear helpless in tackling the problem of cultism. This state of helplessness has only allowed the mutation of the criminal groups, which have developed into a nuisance for the society. The problem is so widespread in our higher institutions of leaning that gangsters now foment trouble fighting among themselves, terrorising innocent and vulnerable students and in some cases engaging in crimes like robbery, assassination and thuggery.

Several years ago, a report by the National Universities Commission (NUC) admitted to the crisis of cultism in the higher institutions, when it stated that university authorities habitually employed one cult or the other to intimidate or fight fellow academic or other staff members and belligerent students’ union activists. But the rate at which our young men butcher one another in the name of cult killings should make all us shudder and denounce this trend that is strange to our culture and upbringing. Cultism has become almost like a status symbol, especially on our campuses where members kill without restraint, sometimes on flimsy grounds of being snubbed by a student of the opposite sex.

For sure, cultism is not new in Nigeria. For a long time, several people have identified with one form of cultism or another either for personal/family protection or for the promotion and safeguard of certain interests. Some few years back, some prominent personalities were among 67 suspected cultists arrested and quizzed in Benin City, by men of the special squad deployed in the state by the police authorities to curb the growing killings and cult activities. In the days preceding the deployment of the police team, some criminals said to be members of ‘Eiye’, ‘Black Axe’, ‘Buccaneers’, ‘Aiye’ and ‘Jurist’ confraternities had unleashed hell on the streets of Benin. The body count was 22 dead. Among those arrested for their alleged involvement in the mayhem were 14 Junior Secondary School students between the ages of 12 and 15.

But from the unfolding happenings, it appears the security agencies are yet to fully understand the nature of the challenge they confront, hence the inability to proffer the right solutions. We therefore call on the federal government to take appropriate measures against the sponsors of this savagery. It should not hesitate to apply the full weight of the law in dealing with culprits involved in this depraved way of social behaviour.

That the authorities seem bewildered in tackling the endemic problems of cult wars is no longer in doubt. While no plausible explanations have been provided, most people believe that these perennial violent clashes persist because some powerful forces within the society are behind them. And as long as this situation remains, Nigerians may have to brace up for more gang violence

After A Tumultuous Run In The White House, Sean Spicer is Ready To Talk Now