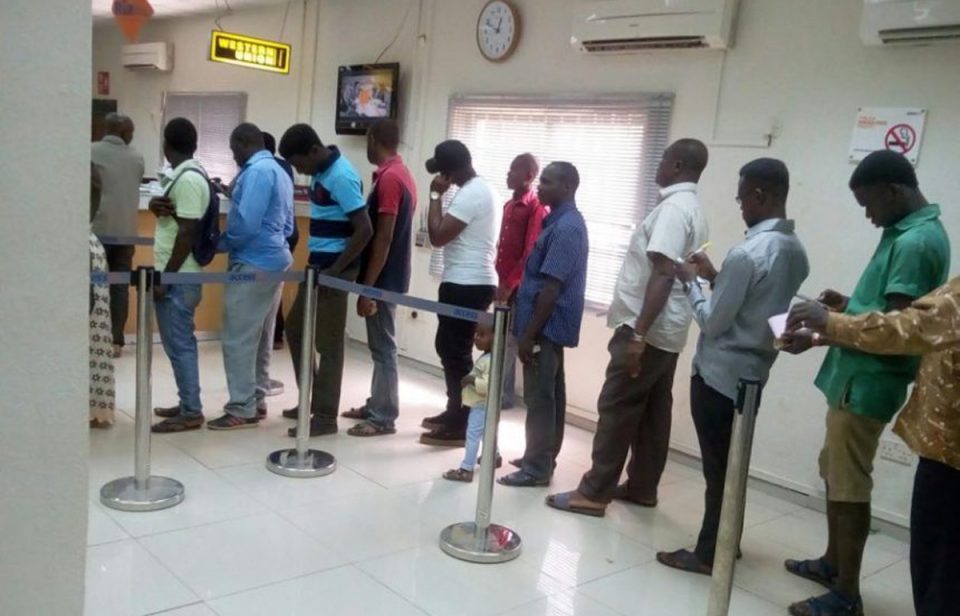 Some bank customers have decried stringent requirements including utility bills by banks to open and update their accounts.

Some of them who spoke in Abuja on Thursday, said that the requirements especially by the old generation banks negated financial inclusion drive.

They explained that most of the documents usually requested had been overtaken by information and financial technology.

Mr Idris Yakubu, a customer of one of the old generation banks’ said the requirements for the update of accounts was so tasking and `uncalled for’.

“They require things that are already out-dated and things that Information Technology (IT) has taken care of like utility bills which most of us buy online.

“Sometimes if you change your phone number and you want to link your new number to your account, it usually takes weeks before they can link it,’’ he said.

Mr Chukwudi Ike, a parent who runs his children’s account with one of the first generation banks, lamented that the account update requirements were tasking.

“I opened an account for my children in one of the first generation banks.

“In December, I decided to pay in their school fees into that account so that when school resumes, they can easily settle their fees.

“This January, when one of my sons wanted to withdraw his school fees from the account, he was unable to do that but when he inquired from the bank official, he was asked to update the account.

“When he told me about it, I quickly went to the bank but they asked me to bring my utility bill.

“When I told them that I recharge online, they now asked me to go to Abuja Electricity Distribution Company (AEDC) to collect a print out of the bills.

“When I got to AEDC, I was asked to bring my tenancy agreement with my landlord before they can release the bill to me but with the help of one lady that went out of her way to help me, I was able to collect the print-out.

“This is so annoying and stressful,’’ he lamented.

Mrs Lilian Abone, another customer of one of the old generation banks’ said “the stress that banks’ make us go through is too much’’.

“You come to open an account which ordinarily should take one day but most times, you end up taking about two to three days to gather the documents they require.

“I personally do not find this funny because I have a lot of things to do with my time,’’ she lamented.

Mrs Esther Ekette, a customer of the new generation banks, appealed to banks to upgrade their operations to meet with the current trend.

Reacting to the complaints, a bank official with one of the old generation banks who preferred anonymity said the move was part of the `Know Your Customer’ (KYC) requirement for commercial banks.

“Once you pay your utility bill online, you will get a text message confirming the payment as well as a receipt that is automatically generated.

“So, you are expected to save it as that serves as evidence.

“We do not intend to make things difficult for our customers but it is one of the requirements for commercial banks from the Central Bank of Nigeria (CBN).’’

Solution to poor electricity beyond recapitalisation of Discos — Group

Nice weblog here! Also your web site loads up fast! What host are you the usage of? Can I am getting your associate hyperlink in your host? I want my website loaded up as quickly as yours lol

You really make it appear really easy with your presentation but I find this topic to be actually one thing that I think I might never understand. It sort of feels too complicated and extremely broad for me. I’m taking a look forward to your subsequent put up, I will attempt to get the dangle of it!

Some really select blog posts on this site, bookmarked.

I think other web-site proprietors should take this site as an model, very clean and great user friendly style and design, as well as the content. You are an expert in this topic!

Wow, awesome blog layout! How long have you been blogging for? you made blogging look easy. The overall look of your website is excellent, let alone the content!

Wow! Thank you! I permanently needed to write on my blog something like that. Can I include a portion of your post to my site?

excellent submit, very informative. I ponder why the opposite experts of this sector do not notice this. You must continue your writing. I am confident, you’ve a great readers’ base already!

Hello! I could have sworn I’ve been to this blog before but after browsing through some of the post I realized it’s new to me. Anyways, I’m definitely happy I found it and I’ll be book-marking and checking back frequently!

Great – I should definitely pronounce, impressed with your website. I had no trouble navigating through all the tabs as well as related information ended up being truly simple to do to access. I recently found what I hoped for before you know it in the least. Quite unusual. Is likely to appreciate it for those who add forums or something, site theme . a tones way for your customer to communicate. Excellent task.

you will have an incredible blog right here! would you prefer to make some invite posts on my weblog?

Your tidings is in actuality noteworthy.

This is the right blog for anyone who wants to find out about this topic. You realize so much its almost hard to argue with you (not that I actually would want…HaHa). You definitely put a new spin on a topic thats been written about for years. Great stuff, just great!

Hey There. I found your blog the use of msn. That is a really well written article. I will make sure to bookmark it and return to learn extra of your helpful info. Thank you for the post. I will definitely comeback.

Simply wanna input on few general things, The website design and style is perfect, the articles is real great. “The enemy is anybody who’s going to get you killed, no matter which side he’s on.” by Joseph Heller.

Nice post. I was checking constantly this blog and I’m impressed! Very useful info specially the last part 🙂 I care for such info a lot. I was seeking this particular information for a very long time. Thank you and good luck.