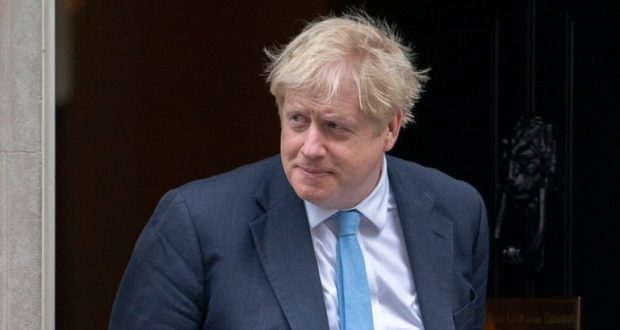 On January 31, 2020, Britain finally exited the European Union (EU) as promised by Prime Minister Boris Johnson. This brought to an end four years of speculation and anxiety ever since the British people voted in a referendum in 2016 in favour of leaving the union. Britain had been a member of the EU since 1973 during the tenure of Prime Minister Edward Heath.

Britain is a permanent member of the UN Security Council and the prime mover of the Commonwealth of English-speaking countries.

Although there were a lot of misgivings expressed over Brexit in Britain, the EU and the world, it is however the democratic choice of the British people which must be respected.

The two main issues that fuelled the Brexit vote in the United Kingdom, were immigration and economic control. On immigration, the British people were growing increasingly alarmed at the surge of immigrants from mainly Eastern European countries who were taking advantage of the protocols on the free movement of peoples within the EU, to live and work in Britain. This not only put pressure on the provision of social services in Britain, but the British people found themselves having to compete unfavourably with foreigners who are willing to work for comparatively cheaper wages for jobs available.

On the economy, Britain felt constrained by the EU’s strict economic policies which limited its ability to take advantage of emerging economic opportunities in a changing world. With Brexit, Britain hopes to bring under its control these and other policies that will enable it to determine its future.

Having cast off its moorings with the EU, Britain certainly faces interesting times ahead and the world will be watching with keen interest how developments in post Brexit Britain pan out.

As a country that was a creation of Britain and one with whom we retain close ties across all fields of endeavour, Nigeria must of necessity key into developments in Britain, especially on the two areas of immigration and economic relations.

On immigration, we must bear in mind that there are up to 300,000 Nigerians and Britons of Nigerian descent resident in Britain. It should be of utmost interest and concern to us what happens to them as the issue of immigrants and their status is one of the main pegs of Brexit. Now that the British people have had their wish stemming the tide of immigrants to Britain, will that affect our compatriots there? Will there be a backlash against immigrants in Britain in which Nigerians and other foreigners will be targeted?

Closely allied to that is the issue of visa and entry into Britain by Nigerians. Considering the close ties that exist between Britain and Nigeria wherein tens of thousands visit Britain every year for one reason or the other, Nigeria should seek from Britain the assurances that Nigerians will not be subject to untoward visa and entry policies into Britain.

But the most important area of post Brexit Britain that Nigeria should direct its focus on is economic relations. Britain is the fifth-largest economy in the world after the USA, China, Japan and Germany. Its financial centre, the city of London, is the third-largest after New York in America and Tokyo in Japan.

In the immediate months and years following Brexit, Britain will be rolling out and implementing plans for new economic and trade relations with countries and economic blocs around the world. For Nigeria, this is the time to make hay when Britain will be open to make concessions as it seeks new partners and renew old ones. As the largest economy in Africa and one of the emerging countries with great potentials and positive aspirations for the future, Nigeria should not wait to seize the moment. We have had encouragement in this direction from statements credited to both the British high commissioner in Nigeria and his deputy who have at various times asked Nigeria to take advantage of the economic opportunities offered by Brexit.

On a final note, while we may have genuine reasons to recoil at some of the patently racist remarks made by Prime Minister Boris Johnson against immigrants, black people and Nigerians in particular, we should also be encouraged following the positive vibes at the most recent UK-Africa economic summit convened by Prime Minister Johnson that for Nigeria there is indeed a silver lining in the clouds of post Brexit Britain.

That brief shutdown of ports – Tribune

The Latest Hot E-Commerce Idea in China: The Bargain Bin

The rage against Abba Kyari, by Comr. Solomon Adodo