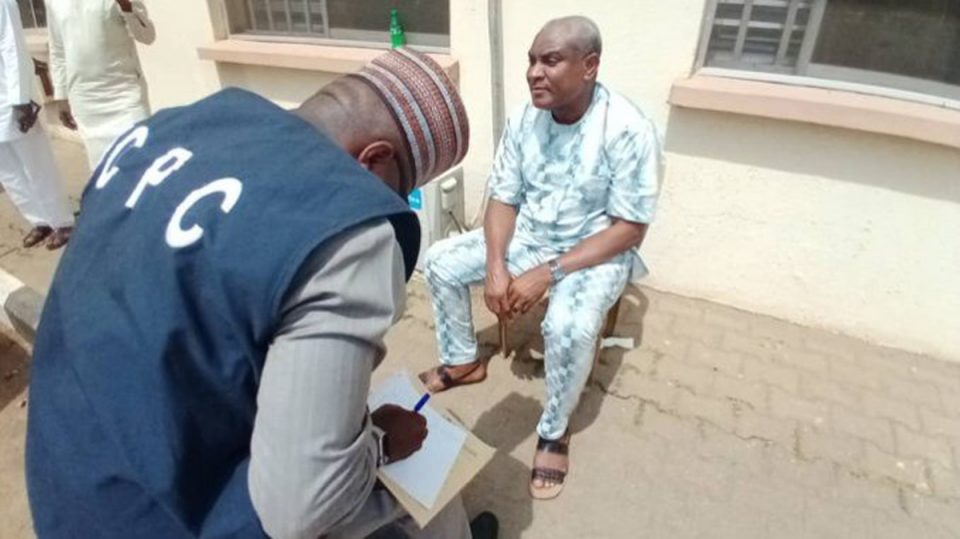 The Independent Corrupt Practices and Other Related Offences Commission (ICPC) says it has arrested the  suspended Chairman of the Special Presidential Investigation Panel for the Recovery of Public Property (SPIP), Mr Ekoi Obono-Obla.

Spokesperson of the commission, Mrs Rasheedat Okoduwa, who disclosed this in a statement on Friday night, said the arrest followed his “months of running from the law.”

” Obono-Obla’s arrest by operatives of the commission on Friday in Abuja, comes after he was declared wanted in October last year by ICPC for repeatedly failing to honour invitations sent to him.

“The commission, while investigating allegations of abuse of office, certificate forgery and fraud amongst others, had wanted Obono-Obla to appear before it to clear his name.

“ICPC had kept surveillance on his movements and activities for some time until he was finally arrested along Aso Drive opposite the Millennium Park Abuja on Friday afternoon,’’ Okoduwa said.

She added that the suspect was taken to the ICPC’s headquarters and “run through custody protocols including medical profiling,’’ adding that further investigation was ongoing.

Obono-Obla had earlier denied the allegations and dismissed the action of the ICPC in declaring him wanted as an attempt to ridicule and embarrass him.

News that I have left PDP, quit politics fake – Jonathan

FG restricts travellers from US, UK, 11 others, over COVID-19