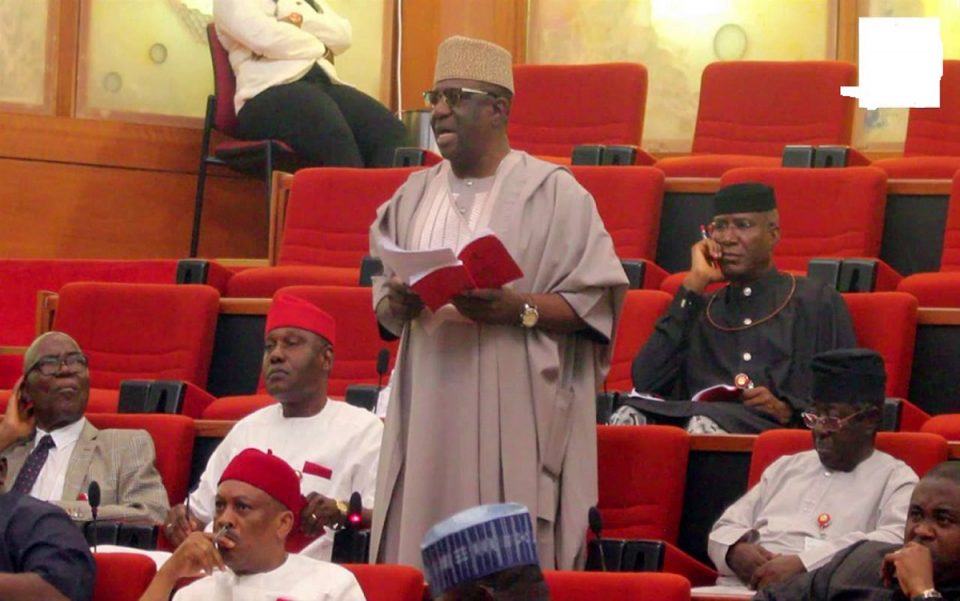 The Senate Committee on Public Accounts has queried the Central Bank of Nigeria (CBN) over unremitted $3.3billion from the $21.3billion collected by the Federal Inland Revenue Service (FIRS) as foreign Tax in 2015.

The office of the auditor general had forwarded query against the CBN to the committee over discrepancies in FIRS record of $21.3 billion as total sum of foreign Tax it collected in 2015 and domiciled in the Apex Bank and the CBN record of $18billion.

Against the background of the query, the committee led by Senator Mathew Urhoghide ( PDP Edo South), took up the CBN management to explain the shortfalls however the Apex Bank’s Deputy Governor (Corporate Affairs), Mr Edward Lamatek Adamu, couldn’t explain to convince the committee.

In his frantic effort to convince the committee the deputy Governor explained that the shortfall of $3.3billion was not missing or unremitted but said variations in exchange rate during time, resulted into the difference of amounts recorded by FIRS and CBN.

Dissatisfied with his explanation, the committee ordered him and other top officials of the Apex Bank to report back to it on Monday with required documents on the alleged variations in exchange rate.

Addressing journalists after the stormy session, Senator Uroghide said; while the record of FIRS showed $21.3 billion, the record of the Apex bank showed $18 billion.

“When CBN was asked about why the differences in the amount, the Apex hinged its argument on exchange rate, upon which officials of the bank are directed to come up with supporting documents if they have.”

“There were 13 queries raised concerning CBN. Today, they have explained some while some are yet to be sufficiently explained , particularly the $3.3billion difference it has from the $21.3billion foreign taxes remitted by FIRS”,he said.

Meanwhile, the Committee has slated Tuesday next for appearance of some other highly rated government establishments like the Nigerian Army, the Police and the Economic and Financial Crimes Commission (EFCC) over alleged unaudited Accounts over the years.

FMDQ explains name change, says not out to compete with NSE