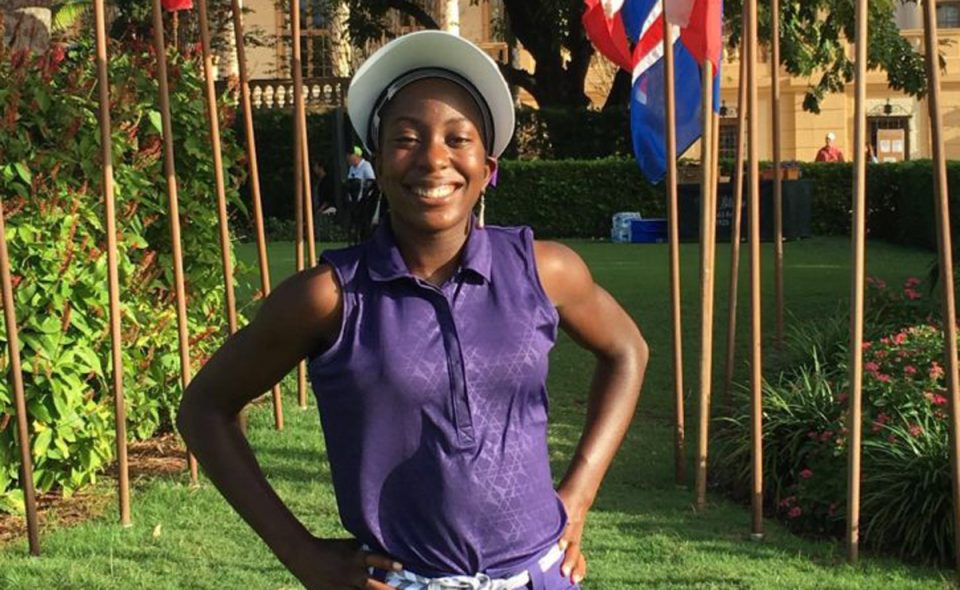 Nigeria’s golf prodigy, Georgia Oboh, has described the Ladies Professional Golf Association (LPGA) and the Ladies European Tour’s (LET) decision to freeze the players’ status for 2021 as a tough, but necessary call forced on the bodies by the prevailing situation worldwide.

The LPGA Tour yesterday announced that it would freeze players’ status into next season, although it added that it would keep the 2020 and 2021 campaigns separate in the record books.

The Tour has been severely impacted by the COVID-19 pandemic, with 24 events either cancelled or rescheduled since Inbee Park won the Women’s Australian Open in February.

The projection is that the earliest the Tour will return is the Marathon Classic from July 23 to 26, leaving a heavily reduced schedule, with LPGA Commissioner Mike Whan announcing that all those with playing privileges in 2020 will have their status carried over into next season.

“As we look to the remainder of the 2020 season and ahead to 2021, we wanted to make sure that the athletes who earned the opportunity to play on the LPGA tour for 2020 have that full-season opportunity in 2021,” Whan said.

“We feel players were not given the season that they earned in ‘19 for ‘20. They might have some version of a ‘20 season, but they don’t have a full season to perform under the categories in which they’ve earned coming into the year.”

The implication is that current rookies will remain rookies in 2021 even though the 2020 season will officially conclude with the CME Group Tour Championship in December, while the LPGA Tour qualifying school has been cancelled for 2020 and all pre-tournament qualifying for events has been suspended.

Oboh, who said the decision comes with mixed feelings on both sides, said the management of the tours are trying to make the most of a bad situation and trying to do the best for their players in these tough times.

She added: “It is hard to criticise decisions made now because a lot of planning is going into the preparation to resume tournaments, such as weekly testing of players and essential personnel and limiting inside the ropes access for everyone’s safety.”

Oboh expressed her admiration for Whan and LET’s Chief Executive Officer, Alexandra Armas, for making “tough decisions as they negotiated with sponsors, host venues and the authorities of each respective tournament; taking into account current restrictions on travel and public gatherings.”

She said LET’s activities across several continents, including Europe, Asia (including the Middle East) and Africa entailed a huge logistic planning process.

NCPC boss urges FG not to negotiate with kidnappers, terrorists