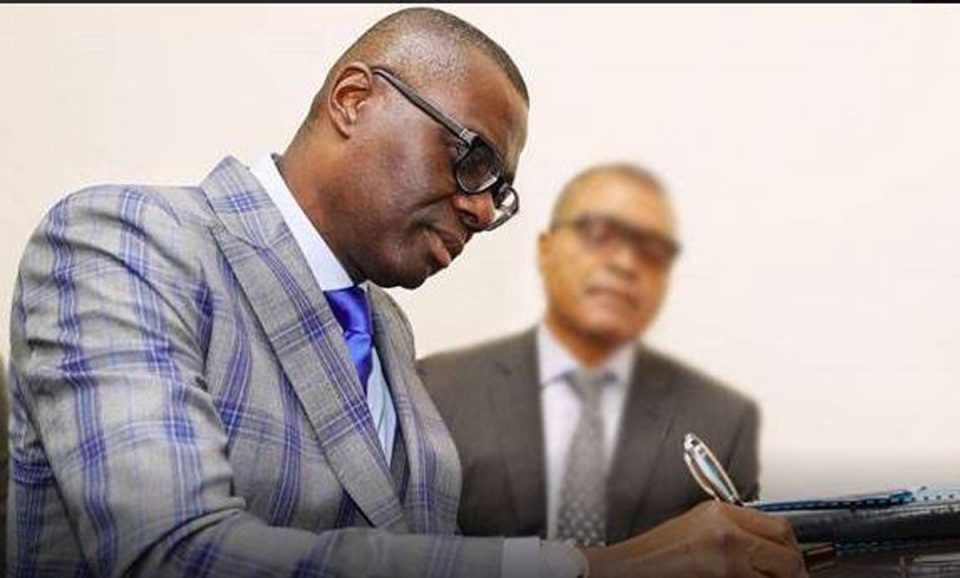 The signing of the Issuance of N100 billion Series III Bond under its N500 billion Bond Issuance Programme by the Lagos State Governor, Babajide Sanwo-Olu would bridge the infrastructure gaps, the Commissioner for Finance, Rabiu Olowo, has said.

He spoke during the briefing commemorating the first anniversary of the Sanwo-Olu administration at Alausa, Ikeja.

The commissioner said the bond was issued on January 29.

He explained that for effective corporate governance, efficient internal control measures, monitoring and reporting of the debt profile, the Debt Management Department has been redesignated as Debt Management Office to be headed by a Permanent Secretary.

He said the state restructured its internal loan facilities, which were previously at the rate of between 18 and 20 per cent, to 14 per cent, thereby bringing about large savings on the loan repayments.

Olowo said the state also completed a financing strategy to augment the deficit infrastructure financing. The  worth of the Syndicated Loan is N150 billion.

Olowo also rolled out strategies to keep its finances intact in spite of the  effects of the COVID-19 pandemic on the economy.

He said though the impact of the pandemic was a drop in the state’s Internally Generated Revenue and Federal Allocation, potential decline of Foreign Direct Investment (FDI) and increased pressure on income of Lagosians, the government had re-ordered the current fiscal year budget and re-prioritised its capital expenditure to reflect realities.

The commissioner also said: “Lagos State achieved 106 per cent performance in first quarter of 2020 revenue as against budget. However, with COVID–19 pandemic and the dwindling oil prices is a twin-shock to Nigeria, we expect that the Revenue numbers will be affected, hence the need to review the 2020 Budget assumptions.”

Also, the deployment of e-Tax platform for tax operations and administration matters is aimed to improve convenience in the payment of taxes, thereby promoting compliance.