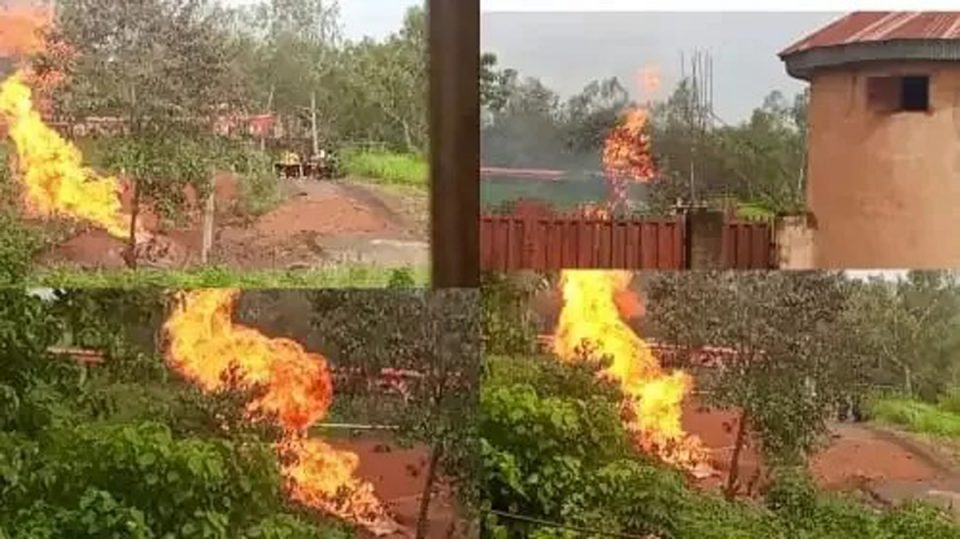 The Nigerian Security and Civil Defense Corps (NSCDC) has deployed no fewer than 20 personnel to secure the site of a natural erupted gas flaring at Caritas University, Emene, Enugu State.

The NSCDC spokesman in Enugu State, Mr Danny Iwuchukwu, in Enugu on Friday that the Corps also deployed four operational vehicles at the site.

Iwuchukwu said that the deployment was done on Wednesday as the NSCDC Command got the alert of the incident.

He noted that the Commandant of NSCDC in Enugu State, Mr Valentine Afrika, quickly sent a dispatch of armed personnel and vehicles to ensure that the erupted gas, which went on flames, did not escalate within the neighbourhood.

“We are here and our men will continue to remain here to ensure that the natural disaster does not spread and destroy people’s houses, farmlands and other economic valuables within the site of the incident.

“We are also here to ensure that nobody will take advantage of the incident and cause any mayhem,” he said.

The spokesman said that NSCDC personnel had sealed the area close to the site against any human movement or activities.

Speaking, the South-East Coordinator of National Emergency Management Agency (NEMA), Mr Tickman Tanimo, said the Agency since Wednesday mobilised the Federal and Enugu State Fire Services to the site to ensure that the gas fire did not escalate.

Tanimo said that the Agency had mobilised the NSCDC, its staff and Enugu State Emergency Management Agency (SEMA) to be on ground 24/7 to monitor development at the site.

“For now, the area is cordoned from people and the fire is within control,” he noted.

A  statement issued by NOSDRA on Thursday in Yenegoa, Bayelsa, confirmed that the Agency received reports of a gas leak which engulfed into a fire in Emene, Enugu State.

Mr Idris Musa, Director-General of NOSDRA, said that the gas leakage was caused by water drilling activities which hit a gas reservoir at Emene in Enugu.

Musa, who described the development as natural gas, said that emergency response efforts were underway to avert disaster from the incident.

“There is a natural gas problem at a borehole drilling point at Caritas University, Emene, Enugu. In the course of drilling very deep to reach the aquifer, the drilling hit the gas level.

“The Chief Executive of Nigerian Upstream Petroleum Regulatory Commission (NUPRC) has been notified.

“Efforts are ongoing to secure more technical assistance to bring the situation under control,” Musa said.

Nigeria to provide electricity to 5m households by 2030 – President Buhari