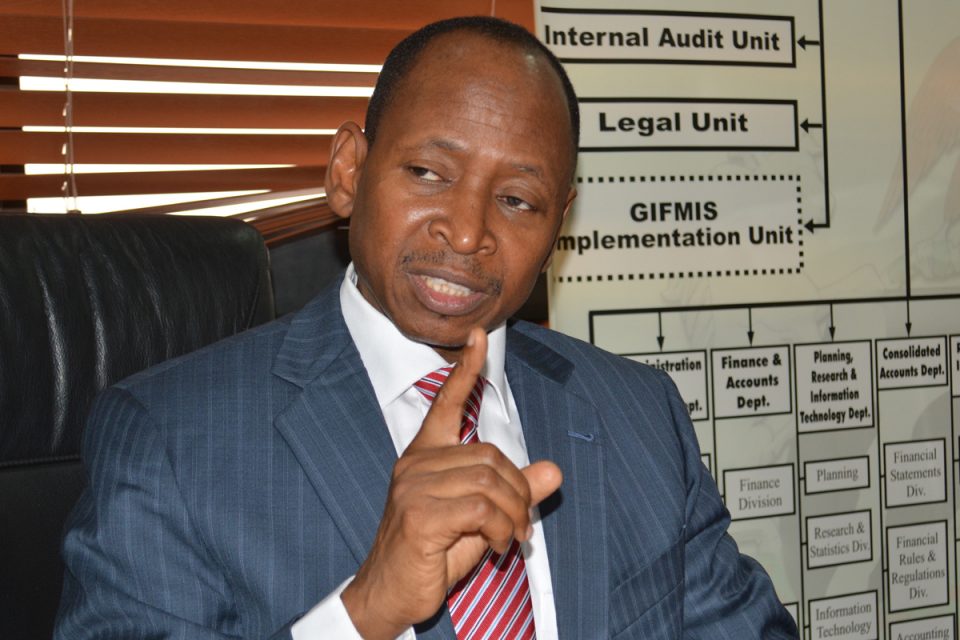 The Federal Government spent over N3.975trillion between January and May 2020.

These figures were in the  monthly fiscal accounts of the open treasury portal of the Office of the Accountant- General of the Federation (OAGF).

Of this amount, over N1.787 trillion was spent as total non-debt expenses in the first five months of the year. This includes capital expenditure of about N378.847 billion; Capital Development Fund (Main)-2020: N297.331 billion and Capital Supplementation N81.516 billion.

Nothing was spent within the period on Special Intervention (Capital) and Capital Expenditure in Statutory Transfers.

The open treasury portal stated that from January to May, the Federal Government borrowed N919.986 from the domestic market and spent N1.198 trillion on debt servicing.

Government’s debt servicing obligations within the period and their values were made up of: interest on ways and means: N376.529 billion; sinking fund to retire maturing loans: N0.00.

In the five months under review, N21.666 billion was spent on Presidential Amnesty Programme and another N174.775 billion on payments from special accounts.

Following the revision of key parameters of the budget, gross oil and gas revenue was revised downwards to N3.03 trillion from N7.67 trillion. As at May, N1.99 trillion was realised out of the prorated sum of N1.26 trillion.

Net oil and gas revenue inflows to the Federation Account amounted to N1.45 trillion -N575.66 billion or 66.1 per cent more than the projection as at May. This performance was partly attributed to activities in the first quarter, where actual crude oil price was higher than the revised budget benchmark.

As at end of May 2020, FGN’s retained revenue was N1.62 trillion. The share of oil revenue was N844.97 billion, representing 100 per cent above the prorated sum while non-oil tax revenue was N439.32 billion, 65 per cent of less performance.

Company Income Tax (CIT) and Value Added Tax (VAT) collections were N213.24 billion and N68.09 billion respectively, representing 62 per cent and 58 per cent of the prorata. Customs collections was N158 billion, 73 per cent of target. Other revenues amounted to N339.51 billion, of which independent revenues was N189.31 billion.

On the expenditure side, N9.97 trillion was appropriated, while N3.98 trillion, representing 95.7 per cent of the prorate, N4.16 trillion was spent. Of the expenditure, N1.58 trillion was for debt service, and N1.32 trillion for personnel cost and pensions. As at end of May 2020, only N378.85 billion has been released for capital.