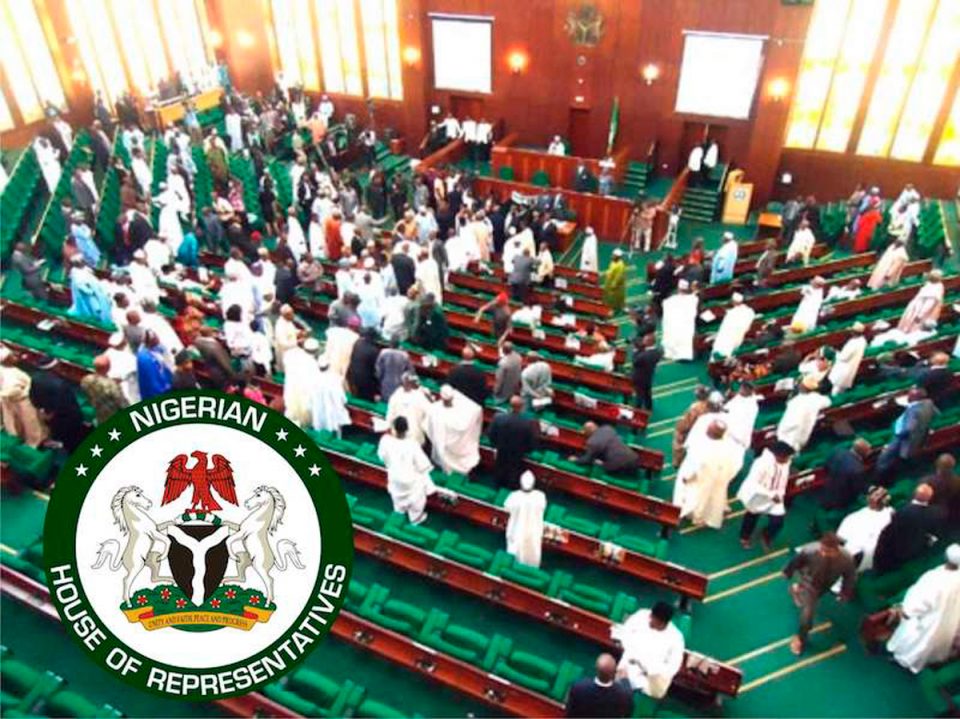 The House of Representatives on Monday defended its decision to suspend activities of its standing and ad hoc committees, saying there was no hidden agenda.

It also faulted its Committee on Treaties, Protocols and Agreements for investigating the $500m loan facility Nigeria recently secured from China, saying it had already been approved by the National Assembly and captured in the 2020 Appropriation Act.

But before activities of the committees were suspended on Thursday, the Committee on Treaties, Protocols and Agreements had written the Ministry of Transportation,  demanding documents containing loan agreements with China from 2000 to date.

Among the facilities the committee is probing is  the  $500m loan secured from China-EXIM Bank to finance railway projects under the Ministry of Transportation.

The Peoples  Democratic Party had, on Saturday, asked the Speaker of the House of Representatives, Femi Gbajabiamila, to step aside for allegedly frustrating investigations into executive corruption.

The party stated this in a statement titled, ‘PDP Berates Gbajabiamila For Frustrating Corruption Investigation in the House of Representatives … Asks Speaker to Step Aside,’ signed by its National Publicity Secretary,  Kola Ologbondiyan.

But the Majority Leader, Alhassan Ado-Doguwa, who is also the leader of the ruling All Progressives Congress caucus in the House, in a statement on Monday, berated the PDP for faulting the decision of the House to stop committees from investigative hearings.

Ado-Doguwa said, “It is at first repulsive for an opposition party, the PDP, that has seemingly lost the actual meaning and essence of opposition, to have brought in undue politics into a matter of national interest, especially at the time of prevailing health and economic challenges.

“Although one should not have glorified them with a response by wasting precious time required for fixing the economic woes which they recklessly plunged the country into, it has become imperative, for the sake of educating their sympathizers,  to set the record unambiguously straight.

“It is ridiculous to discover that the PDP, a supposedly major opposition party in the country, does not know the workings of the National Assembly, let alone know where the constitution and the House procedures have been breached.”

According to the lawmaker, it has never been the practice of the House to continue with committee engagements while on annual recess, especially with the current COVID-19 pandemic.

Ado-Doguwa added, “It will be of interest to the PDP, the investigations the House is currently undertaking, including the Chinese loans, cover the 16 years the PDP was in power and when most of the loans were obtained.  So, maybe they should be thanking the House leadership for covering up their misdeeds.

We have approved $500m Chinese loan, probe not necessary – Reps

“Hence, making reference to the recent $500m China loan by the PDP spokesman which has already been approved by the National Assembly through a transparent and formal request was either a deliberate misrepresentation of facts or an utter ignorance of  history.

“Therefore, it is pertinent to know that the government has already captured the recent loan in the 2020 appropriation law and it should not be a subject of any controversy or query in the committee’s investigation process, at least for now.  And as a matter of norm and procedure, the House can only wait until disbursements and utilisation commence before embarking on oversight implementation.”

The Majority Leader stated that the House had not discontinued other investigations, including those concerning the Niger Delta Development Commission, the Nigerian Social Insurance Trust Fund, power sector as well as all other allegations of corruption in ministries, departments and agencies of the Federal Government.

“All the pending investigations will continue as the House reconvenes,” he stated.

According to the lawmaker, the House under the leadership of  Gbajabiamila will remain focused, committed and well-guided in safeguarding its institutional integrity, “without necessarily jeopardising our good working relationship with the Buhari-led popular government.”

Ado-Doguwa further said, “In fact, the PDP lacks the moral standing to accuse the leadership of the House of abetting corruption or protecting questionable officials from the ongoing investigation.  For us in the APC, fighting the menace of corruption by prosecuting corrupt individuals has been the cardinal objective of the President Muhammadu Buhari administration.”

The Majority Leader stressed that the leadership of the House had observed “the deteriorating working relationship with the executive arm of government, which was mostly due to misconducts and sometimes deliberate and calculated attempt by some disgruntled government officials to drag the institution of the legislature into needless controversies for political gains.”

According to the lawmaker, the fact that the lawmakers are empowered by the constitution to oversight government agencies “does not in any way mean we should do that with injurious intentions.”

He argued that the wisdom of the oversight duties in the Constitution was “not to engage in a bickering with the executive.”

We have no plan to cover up corruption– House

The statement further read partly, “At this point, I must also make it clear that the House of Representatives has no clandestine plans or motives to cover up any corrupt engagement or business of the government. But as rational and progressive members, we are indeed committed to our partnership with Buhari administration to fight corruption in all ramifications, and provide good governance.

“Consequently, it must be borne in mind that gone are those seasons when the legislative arm of government would be stampeded or used by the so-called opposition forces to discredit, undermine or malign our own government.

“The steps we have taken recently are with the best of intentions and in the best interest of the House. It is our hope that you would continue to help to sustain the tempo so that together, we can bring sanity and grace to the Legislature and to further salvage its institutions. “

Meanwhile, before the leadership of the House suspended activities of the panels, the Committee on Treaties, Protocols and Agreements had written to the Ministry of Transportation,   demanding details of Nigeria’s loan agreements with China from 2000 to 2020.

The committee’s chairman, Nicholas Ossai, had last week accused the Minister of Transportation, Rotimi Amaechi, of failing to provide most of the documents requested from the ministry.

The ministry replied Ossai in a letter dated August 18, 2020 and titled, ‘Re: Request for the Federal Ministry of Transportation to transmit to the National Assembly all signed bilateral loan agreements, financial investment agreements and Other Contractual Documents between Nigeria and China Since 2000 to Date. ‘

The letter by the Director of Legal Services for the Ministry  of Transportation, partly read, “I am directed to refer to the proceedings at the public hearing of the committee held on Monday, August 17, 2020, and to your consequent directives to the Federal Ministry of Transportation to produce certain additional documents to assist the deliberations of the committee.

“Pursuant to the above, please find enclosed herein, the following documents for your consideration: 3 no Volumes of list of Nigerian employees engaged on the Lagos-Ibadan Rail Project (total 14,273).

“Copy of Circular No. SGF/OP/1/S.3/X/737 dated 11th August, 2014, from the Office of the Secretary to the Government of the Federation, titled ‘Protection of the Federal Government and Its Corporation from Foreign Enforcement Proceedings Arising from Contract or Arbitration in Foreign Jurisdictions.’

Ossai had faulted the response by the ministry.

In a letter sighted by our correspondent, the committee wrote back to the ministry to demand more documents, which were expected to have been submitted on Friday last week.

“Official documents of the power of attorney for the appointment of the borrower’s process agent on all loan agreements as prescribed in Appendix 7.

“Official confirmation letter by the appointed borrower’s process agents as prescribed in Appendix 8 of the loan agreements.

“Official copies of Attorney General of the Federation(’s) authorisation of the loan agreements. Copies of certificate of completion for completed projects.

“Please  note that you are requested to submit 30 copies of each of these documents on each of the loan agreements to the secretariat of the committee by Friday the 21st day of August, 2020.”

In a related development, more members of the House on Monday disagreed over the probe by the House committee.

Two of them, Mark Gbillah (PDP) and Akin Alabi (APC), opposed themselves on Sunrise Daily, a breakfast current affairs programme by Channels Television.

The PUNCH had reported exclusively on Wednesday that crisis had hit the committee, with some members aggrieved with how the panel was handling the probe.

Gbillah said, “The main issue is the propriety or otherwise of that instruction. The House of Representatives is a constitutionally instituted body and it is not under the directive of any specific individual.

“So, when you look at that specific instruction that purportedly came from the leadership of the House, because it was sent via a letter from the Majority Leader, who, according to our Standing Orders, when it comes to committees, only liaises with chairmen and deputy chairmen of committees.”

While noting that Section 60 of the Constitution empowers the parliament to regulate its procedures, Gbillah said, “For the Speaker and the leadership to sit and by fiat issue a proclamation stopping committees from acting, in my opinion, and I think in legal parlance, the propriety of that decision is questionable because there is no provision in our laws that allows or gives the Speaker that power.”

Alabi, however, dismissed Gbillah’s claim as false. According to him, it is the tradition of the House not to have committee meetings and oversight visits during the recess.

He said, “The leadership thought that the wisest thing was to pause for a few weeks. We will soon get back into the House in a couple of weeks. So, there is no point having these scattered, not-put-together committee meetings and oversight engagements. Let us take a break, come back in September, and we will continue from there.”