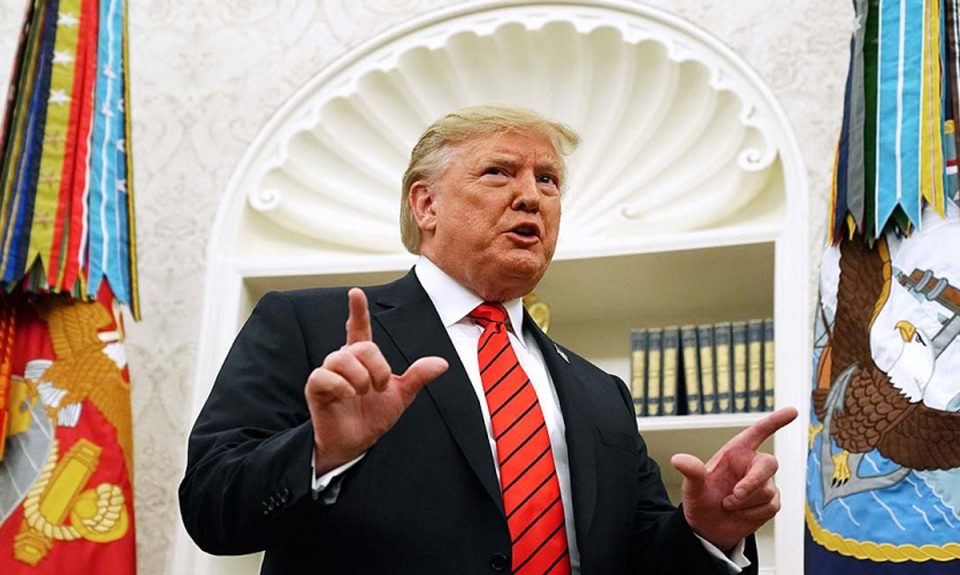 Oil prices slid on Friday after US president Donald Trump said he and his wife had tested positive for coronavirus COVID-!9.

Oil prices slid by more than 4 per cent, as investors fled risk-linked assets ahead of a key monthly report on unemployment. The US dollar also came under pressure immediately after the news, but pared losses to trade roughly flat against a basket of major currencies by midday in Europe, to the benefit of typical safe-haven assets such as the Japanese yen , gold and US Treasuries.

Oil, one of the most sensitive commodities to geopolitics and the economy, plunged by as much as 5 per cent at one point. Brent crude futures were last down 4.0 per cent at $39.29 a barrel, while WTI futures fell 4.1 per cent to $37.11 a barrel. US crude oil futures were set for their biggest weekly fall in four months, having lost over 7.5 per cent.

United States President Donald Trump had in early hours of Friday said he and his wife, Melania, had tested positive for the coronavirus. After months of playing down the severity of the pandemic, and with little over a month before the election, the news has thrown everything into flux.

According to the New York Times, Mr. Trump tested positive after a top adviser fell ill. The aide, Hope Hicks, began showing symptoms on Wednesday. The biggest question now is who else may have been infected, since White House officials largely eschew wearing face masks in meetings with Mr. Trump. The president has met with scores of staff members, donors and others in recent days — including Judge Amy Coney Barrett, his nominee for the Supreme Court, who is preparing for confirmation hearings.

Mr. and Mrs. Trump will isolate at the White House. A busy schedule of rallies over the next several days has been cleared.

Political betting markets moved on the news, giving Mr. Trump slightly worse odds for re-election: a 36 percent chance of winning, according to PredictIt. The sharpest move was in the odds for Mr. Pence: The vice-presidential debate scheduled for Oct. 7 has suddenly assumed much more importance. The remaining two debates between Mr. Trump and Mr. Biden may be canceled or altered, with the next set for Oct. 15.

What are the policy implications? Mr. Trump’s dismissals of the severity of the virus and cavalier attitude toward the pandemic have given cover for state and local officials as they reopen their economies. Now that the president has caught the virus, it could give more support for the leaders keeping things locked down, which would put pressure on the economy in the short term. On the other hand, Mr. Trump’s diagnosis could give new urgency to negotiations over additional federal BBB stimulus, which would be a boost to markets that have been calling for more aid after many of the initial programs expired.

Google searches for “25th Amendment,” the part of the U.S. Constitution about the presidential line of succession, spiked shortly after Mr. Trump’s announcement. And legal experts have weighed in on what would happen if the president is incapacitated, or worse, come Election Day.