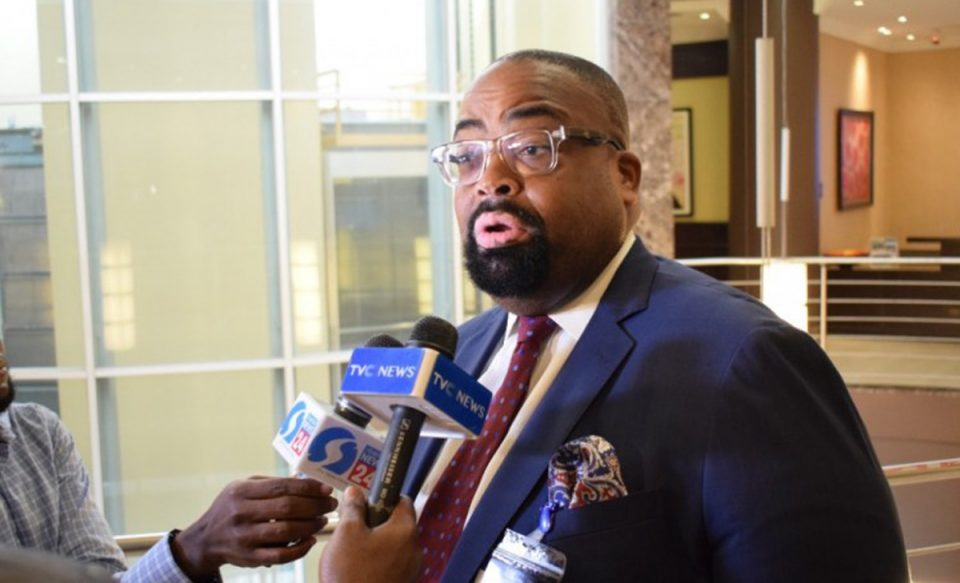 The Nigerian Bar Association has asked the Federal Government to immediately launch an investigation into the October 20, 2020 shooting of peaceful #EndSARS protesters by soldiers at the Lekki Tollgate Plaza in Lagos State.

It demanded that the investigation should reveal the identities of the person who gave the order, the soldiers who carried out the shooting as well as the slain and missing victims of the attack.

This is contained in the communiqué of the October 22, 2020 meeting of the National Executive Committee of the NBA which was released on Saturday.

The association in the communiqué which was signed by its President, Mr Olumide Akpata, and its secretary, Joyce Oduah, deprecated what it described as “the assault, intimidation and killing of unarmed protesters”.

Some soldiers had on Tuesday night opened fired on the protesters who had continued their peaceful demonstration despite the curfew declared by the Lagos State Government on October 20.

The NBA President had in the wake of the attack condemned the shooting, threatening that the association would immediately institute legal actions at local and international levels against the Federal Government and its relevant agencies on behalf of the victims.

The NBA’s NEC which comprises the national officers of the association, its former presidents, former secretary, incumbent chairmen and secretaries of all its branches across the country, among others, gave an approval to the comments and actions Akpata had taken on the #EndSARS matters.

It urged the Federal Government to launch a probe into the military attack “as a matter of urgency”.

The NEC also directed the association to follow up the said probe with pressing for filing of criminal charges against the anyone or government agency involved in the attack at relevant international and local fora.

The Interim Chairman of the Alliance on Surviving COVID-19 and Beyond, Mr. Femi Falana (SAN), has written a letter to the Attorney General of Lagos State, Moyo Onigbanjo (SAN), drawing the attention of the state government to the existence of some unclaimed corpses in government mortuaries following the shooting of protesters by soldiers at the Lekki toll plaza on October 20, 2020.

The letter, which was obtained by Sunday PUNCH on Saturday is titled, ‘Request for Coroner’s Inquest Into the Brutal Killing of Unarmed Protesters at Lekki Toll Gate on Tuesday, October 20, 2020’.

It read in part, “ASCAB requests the Lagos State Government to check the mortuaries in the Lagos State hospitals and at Lagos University Teaching Hospital with a view to confirming the actual number of protesters that were killed by the soldiers at the venue of the protest or those who lost their lives as a result of fatal injuries.

“The investigation ought to be carried out as some of the dead bodies dumped in the mortuaries have been marked ‘unknown’.”

The ASCAB interim chairman also demanded a coroner’s inquest into the incident since the state government had confirmed that at least two people died in the incident.

Falana said the group had confirmed that soldiers from a particular military barracks on Victoria Island, Lagos invaded the venue of the peaceful protest at the Lekki toll gate on Tuesday and fired live rounds at the protesters under the cover of darkness.

The ASCAB interim chairman recalled that before perpetrating the dastardly act the soldiers caused the light to be switched off while the CCTV cameras at the toll gate were reportedly cut out.

The statement further read, “From the information at our disposal, two of the protesters have since lost their lives while some survivors are still receiving treatment in two hospitals in Lagos State. Others who have been discharged from the hospitals are recuperating in their homes.

“In view of the denial of the Nigerian Army in the brutal attack of the unarmed protesters ASCAB is compelled to request the Lagos State Government to conduct an inquest into the cause and circumstances of the unnatural death of the deceased pursuant to the provisions of the Lagos State Coroner’s Inquest Law.”

Meanwhile, the Judicial Panel of Inquiry and Restitution set up by the Lagos State Government has set aside three days of the week to look into the Lekki Tollgate incident and grievances of victims, while calling on the public to come forward with memoranda for discussion.

According to the state government on Saturday, the panel would be sitting on Tuesday, Friday and Saturday from 10am to 4pm at the Lagos State Court of Arbitration in the Lekki Phase 1 area of the state.

A notice by the government said, “Judicial panel of inquiry and restitution of victims of Special Anti-Robbery Squad related abuses and Lekki Tollgate incident – Members of the public are hereby invited to submit memoranda at the public sitting of the panel set up by the Lagos State Government to look into the grievances of the victims of SARS abuses and the incident at the Lekki Tollgate.

A former Chairman of the Nigerian chapter of Transparency International, Major General Ishola Williams (retd), has condemned Tuesday’s shooting of some unarmed protesters in the Lekki Tollgate area of Lagos.

Some youths staged protests in states across the country against police brutality and the excesses of men of the SARS, a unit of the Nigeria Police Force.

On Tuesday, unidentified soldiers who reportedly invaded the Lekki Tollgate were said to have shot at some of the protesters shortly before the commencement of a 24-hour curfew imposed on the state by Sanwo-Olu.

Reacting to the incident during a telephone interview with one of our correspondents on Friday, Williams said, “Any sensible person will condemn the act of soldiers shooting unarmed protesters! Anywhere in the world, that is condemnable. If you obey an order to shoot at unarmed persons, you have committed murder. Period!”

He added that whoever gave the order to the soldiers had a responsibility for giving the order likewise those who obeyed the order.

Williams said, “But obeying order alone is not enough to absolve the soldiers from the shootings. So, they are as guilty as the person who gave the order.’’

He, however, noted that one could not know who to trust regarding the incident or if it happened or didn’t happen.

He stated, “Therefore, the best thing for everybody is to wait for the judicial panel of enquiry set up by the governor on the matter. What is important about the panel is that the CCTV cameras at Lekki weren’t off and therefore recorded activities at the place, especially during the period that everybody is talking about. That recording, which is in video form, will tell us whether anyone was killed or not.

“Obviously, people were injured because the governor said he visited injured persons in the hospital. When you accept that, it means there were shootings because people cannot be injured there if there were no shootings.”

Grant my wife’s prayer for divorce, she wants me dead,” man tells court