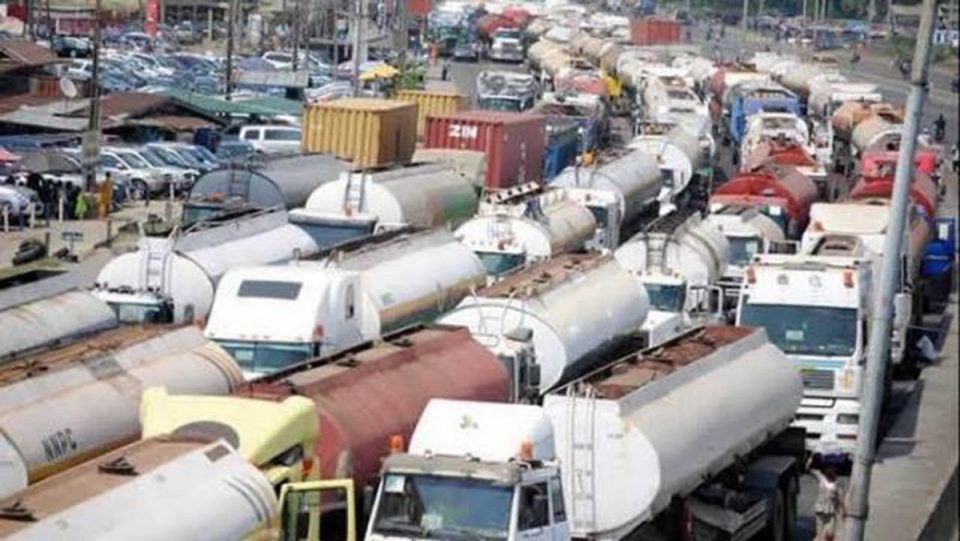 Sanity is yet to return to the Apapa corridor, as fuel tankers and containerised vehicles have resumed indiscriminate parking along the road.

This is coming barely four days after the Nigerian Ports Authority had on Saturday inaugurated a new call-up system designed to permanently address the movement of trailers in and out of the ports.

Our correspondent who went on a tour of the Lagos ports on Thursday from Ijora end, as well as Tin-Can, noticed several trucks on the road which contributed to a gridlock that stretched from Mile 2 to Toyota later in the evening.

Our correspondent who was on the tour between 1pm and 3pm noticed some containers parked outside Fano Bonded Terminal along capital bus-stop inwards Mile 2. Moving further along the Mile 2 Corridor inwards Tin Can Port, several fuel tankers like Eterna, Heyden and Conoil were observed parking along the road.

On getting to Abuja park, the gridlock tightened till the point that motorcycles struggled to go through as they resorted to going under container trucks parked on the bridge along Ports and Cargo terminal.

Our correspondent who moved from Tin-Can to SIFAX Container terminal in Ijora noted that though the bridge leading into Apapa ports via Eleganza was free, some flatbed trucks had begun to slowly occupy the bridge.

A trucker, Lekan Afeez, who chose to park on the bridge leading into the Apapa ports said he was confused as to where to park.

He said, “I do not know what they are doing. Anyone given the call-up should enter directly into Lilypond terminal. We are going to Lilypond terminal but we don’t know whether it is open or not. They stopped us on the bridge. If you get down from the bridge, everyone is reparking. We just got here today.”

Another trucker at Mile 2, one Usman who was moving along the Apapa-Oshodi axis said his truck was not on any e-call up system, adding that he was bound for Ikorodu from Fano Bonded Terminal.

Another trucker who was controlling the traffic in front of Fano Terminal explained to our correspondent that the park was filled up and some trucks were leaving the terminal and others were approaching hence the long line of trucks in front of the terminal.

President of Council of Maritime Transport Unions and Associations, Leye Thompson, expressed disappointment regarding the development in a telephone interview.

He said, “What I saw at Apapa is an eyesore. I don’t know who to blame; everything has returned to how it used to be along the road. I am not happy about what is going on. The idea for the truck parks is to be calling them bit by bit. So, seeing everywhere littered is disappointing.”

Vice-Chairman, National Association of Road Transport Owners, Dry Cargo section, Abdullahi Inuwa, explained that some trucks were on the road because they did not register on time for the electronic call-up system.

He said, “Due to the ongoing construction along the Tin Can port, the construction firm barricaded the area and did not allow trucks to pass before the commencement of the electronic call-up system. This affected some truckers that were on the road and could not pass due to the development.

Meanwhile, State Governor, Mr Babajide Sanwo-Olu, has vowed to publicly mention the names of prominent Nigerians behind the gridlock situation in Apapa and environs.

Sanwo-Olu, according to a statement on Wednesday, spoke while inaugurating the newly reconfigured Lekki 1 and 2 Abraham Adesanya Roundabouts, Lekki.

Oil workers shut down Brittania U over anti-labour practices

How Nigeria can guarantee increased oil reserves, by NAPE

Do not switch off the AIS in Nigerian waters, NNPC warns

Why govt should support Nigerians to travel abroad –Teriba