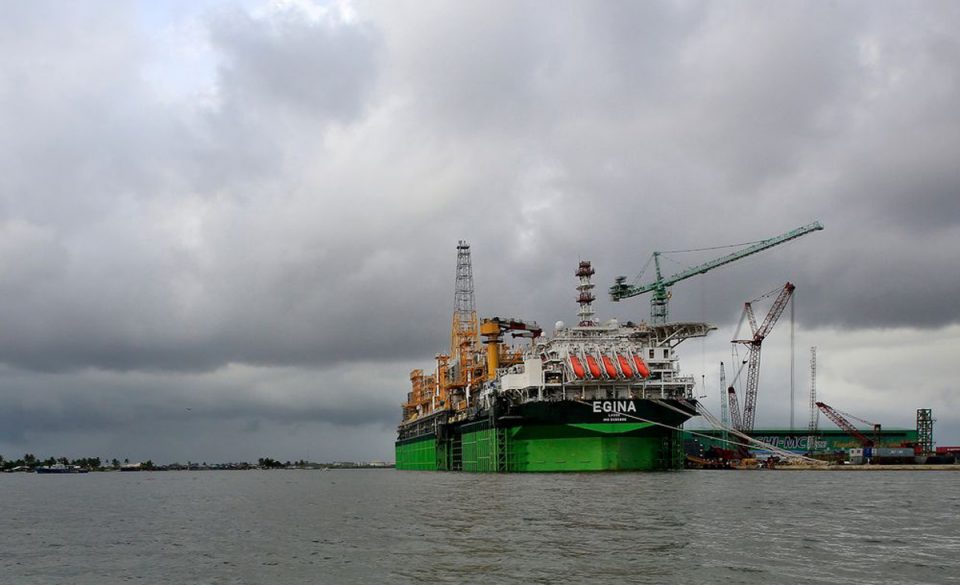 It is observed that the decision of the Nigerian Ports Authority (NPA) to sanction the Lagos Deep Offshore Logistics (LADOL) via a letter dated November 14, 2019 and addressed to the Managing Director of Messrs.

Global Resources Management Limited (GRML), the parent company of LADOL, has continued to attract commendation by various stakeholders in the maritime sector, as well as the oil and gas industry.

The letter accused LADOL of violating the terms of the lease and shortchanging the Federal Government. NPA, however, granted a fresh lease under new terms to LADOL for 5.7574 hectares of developed land and 69, 2874 hectares of undeveloped land

The NPA’s action was highly celebrated by operators in the media, including, The Nation, Daily Trust, THISDAY, The Guardian, Vanguard, Leadership and other major print and online platforms.

However, LADOL had contested the revocation, claiming that it got a presidential approval in 2018 for the extension of its land lease contract for 25 years.

But analysts have pooh-poohed LADOL’s argument, saying that even if it indeed got such presidential approval, it was not a free pass or a waiver that should exempt it from abiding by the terms of the land lease agreement as a lessee.

It was gathered that the company was quickly reminded that irrespective of the 25-year extension, it must respect the terms of the agreement it signed with the NPA, which clearly stipulates that in the event of default, the agreement will automatically be revoked, which was what the NPA invoked.

Having subleased part of the land to a third party, it was clearly mandatory for LADOL to have submitted the full sublease agreement contract it had signed with the third party to the NPA in order to receive the final written approval from NPA for the sublease of the land.

But instead of following the clear procedure, LADOL was accused by the NPA of failing to receive the final approval after receiving only a preliminary approval from NPA.

LADOL was accused of failing to disclose the terms of the agreement with the third party, and was said to have incorrectly stated the usage of the land and also provided insufficient information on the sublease agreement.

For four years, NPA took the peaceful remedial steps by advising LADOL to submit a complete sublease agreement signed with its new tenant but the advice was continuously ignored.

NPA consequently had no other choice but to automatically terminate the contract with LADOL in 2019 for proven violations in accordance with its right as the Lessor in the Head-Lease Agreement with LADOL.

NPA then signed a direct lease contract with LADOL for the 5.7Ha of developed land plus 69 Ha of undeveloped land, excluding 11.2Ha of land where the SHI-MCI yard is located. This portion was then directly leased to foreign investor, who invested and developed the SHI-MCI fabrication yard. This yard has since transformed Nigeria into the FPSO Hub of Africa, and created opportunities through job creation and skill transfer, among others.

So, it was obvious that NPA’s decision, as stated, was not a violation of law but was well within the law.

Many analysts believe the NPA acted within its regulatory powers.

They argued that LADOL should have itself to blame for signing sublease agreement with another entity without a written, complete approval from NPA, which is the landlord of the free zone.

This violation of the terms of contract was an invitation to automatic termination of the contract.

NPA has also argued that LADOL did not fulfill the essential requirements of a valid lease and the survey plan purporting to describe its location, premises and dimensions.

NPA was of the view that LADOL refused to disclose the terms of the sublease because of the exorbitant sublease charges it slammed on investors.

According to NPA, LADOL charged an exorbitant sublease charges for five years on the land it leased from NPA, which was said to be 70 times above the market price of such bare land.

Analysts have suggested that the exorbitant charges slammed on the foreign investor by LADOL were due to its inability to raise funds for the equity holdings for a joint venture asset in the zone.

Going by NPA’s analysis, LADOL was able to secure 30 per cent share of West Africa’s most advanced fabrication and integration yard worth over $300million without paying a single Kobo for investment.

When the NNPC stepped in to mediate in 2014, LADOL lowered its equity of SHI-MCI to 30 per cent but was still unable to meet financial requirements regardless.

It eventually forced the foreign investor to make advance payment of the five years in advance of sublease fee totaling $45million, which enabled it to pay for the 30 per cent equity of the company.

In other not to delay the project being executed, the investor had no other option than to pay.

Government agencies have argued that the $45 million sublease fee was eight times higher than the initially agreed fee.

After the settlement, the parties were encouraged to withdraw all legal proceedings including arbitration in London with a strong commitment that there would be no future litigation.

Again, LADOL has also been accused of ignoring NEPZA’s directive to issue operating licence to a foreign investor since 2018 with the intention to frustrate and drive it out of Nigeria for good.

NEPZA had directed that LADOL should immediately issue an operating licence to a foreign investor for the joint venture but this too was ignored.

Eventually, NEPZA issued notice of modalities on December 11, 2020 notifying that it will take over the management of SHI-MCI for unhindered operation until the two entities resolve the issues.

The Courts granted a Status Quo order in 2018 to the foreign Investor giving them full access but this was never revealed by LADOL to the authorities.

So, analysts are of the view that the Presidential decision around the same time in 2018 to extend the lease for 25 years would have been impacted if LADOL had come clean.

LADOL had also intentionally distorted the Nigerian Oil and Gas Industry Content Development (NOGICD) Act by self-interpreting and misrepresenting it to their advantage.

LADOL was said to have wrongly argued that the NOGICD Act prohibits foreign- owned companies from being the majority shareholder of joint venture companies.

It then begs the question as to LADOL’s own claim of being Nigerian.

Having been put together in the Virgin Islands, its ownership and shareholding resembles nothing indigenous or local.

Also, having exploited the loopholes and benefitted handsomely, LADOL has continued to be owned by SABLE OFFSHORE and ALSBA Ventures.

Despite LADOL’s arguments, there are no regulations under the NOGICD Act restricting the shareholding percentage when establishing joint ventures with foreign investments. The Local Content Act only refers to man-hours done in Nigerian by local companies. The percentage is determined by the Nigerian Content Development and Monitoring Board (NCDMB) at the commencement of any project.

Due to LADOL’s continuous war with foreign investors, investors in the zone have wasted four years out of eight years in 10 legal proceedings since signing the first shareholders’ agreement in 2013.

The second arbitration in London is also in progress and an incalculable time and money have been wasted in unproductive dispute resolution.

To prevent any disputes such as this from occurring again and to fundamentally resolve it, it will be necessary for the parties to hear the decision of the international court of arbitration and respect and follow the decision without further litigations.

It is truly worrisome to see that a company such as LADOL always trying to hoodwink the President and the Public with false assertions instead of fulfilling its duty of developing the free zone and sustaining a healthy relationship with foreign investors in the free zone.

Presidency must also actively intervene and put an effort to resolve the fundamental problems to restore trust to existing and potential foreign investors in Nigeria.

Kwande, who is Baraden Lafiya, and immediate past Chairman of Arewa Consultative Forum (ACF), writes from Abuja

Malami: letter to Delta group was about £80m Ibori loot