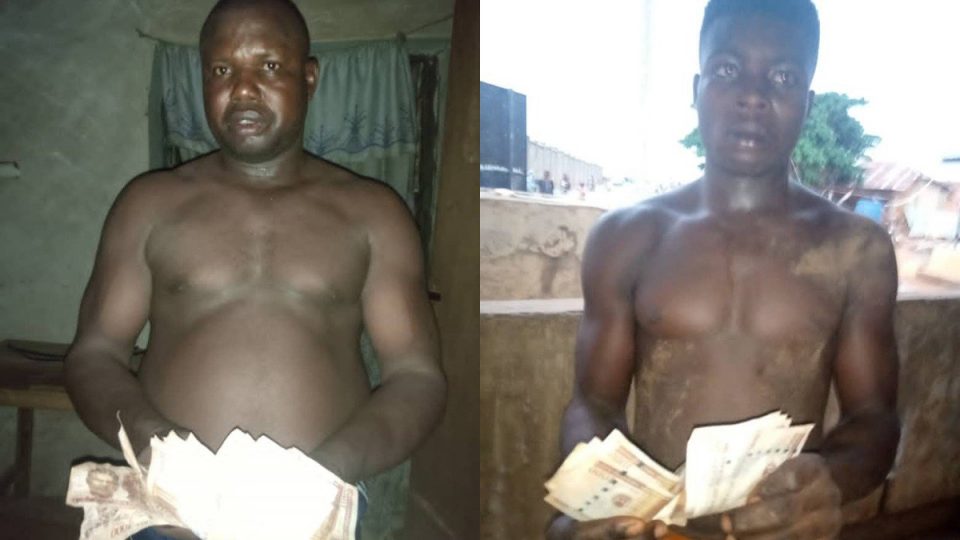 Men of the Nigeria Security and Civil Defence Corps have arrested two suspects for allegedly spending fake naira in a rural market in the Patigi Local Government Area of Kwara State.

The two suspects, Nicholas Kelechi, 25; and Benjamin Moore, 42; were caught on Friday at about 6pm spending the fake naira to purchase agricultural produce at Yagba market in Patigi.

The suspects who claimed to have come from Iseyin in Oyo State to Kwara State said they got the notes from a popular spiritual temple in Ibadan, Oyo State, and decided to spend them in Kwara State close to their residence.

The spokesperson for the NSCDC, Kwara State Command, Mr Babawale Afolabi, who confirmed the arrest, said the leader of the syndicate, Moore, confessed that he got the idea of printing fake naira from a friend in Lokoja, Kogi State, sometime ago.

Afolabi said, “He confessed that a man he met at Lokoja introduced him to the business. They decided to operate in far places like Yagba market Kwara where they can’t be easily traced. He also confessed it was his first attempt. Benjamin, who is the ring leader hails from Ebonyi State, but resides in Iseyin. He currently runs two homes, has a wife in Iseyin with five children and another one in Enugu with four children.”

Babawale said that the two suspects had been transferred from Patigi to the NSCDC state headquarters in Ilorin for further investigation and prosecution.