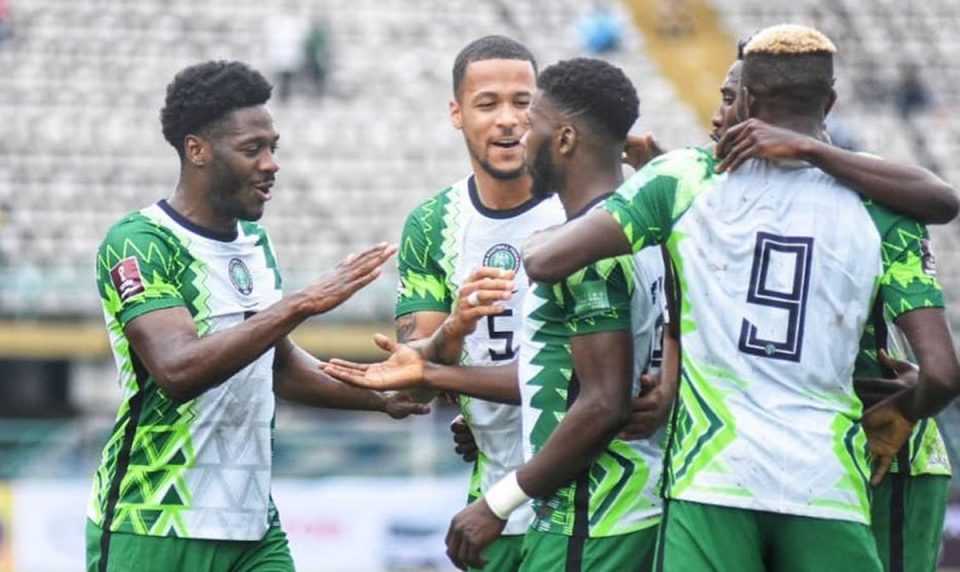 Super Eagles kicked off their campaign of 2022 FIFA World Cup qualifiers Group C at the Teslim Balogun Stadium, Lagos with a 2-0 win over Liberia on Friday evening.

Leicester City forward, Kelechi Iheanacho, netted a brace for Nigeria who are gunning for a seventh appearance at the World Cup.

The Gernot Rohr tutored-side pressed for an early goal and went close within two minutes of the game but Alex Iwobi’s pass onto the path of Victor Osimhen was cleared while Moses Simon saw the ball nicked away from him afterwards.

Rangers midfielder Joe Aribo swivelled and fired wide after a superb combination passes by the duo of Iwobi and Simon to tee him up.

There was a collective calm inside the Teslim Balogun stadium as Iheanacho netted the first goal in the 22nd minute when he found space in the right wing and let fly a shot that went past the hands of Liberia goalkeeper Ashley Williams.

Victor Osimhen missed a gilt edged chance to double Nigeria’s lead with five minutes left to play in the first half with his close effort after Iwobi’s shot was spilled by goalkeeper Ashley went agonizingly wide.

Iheanacho completed his brace with a minute left in the half when he hit home the ball from similar position as his first strike.

The Eagles won a throw-in at the opposition half with Everton forward Iwobi directing his header to the Leicester City star to finish.

NCDC to start testing 3000 samples per day in Lagos, Abuja