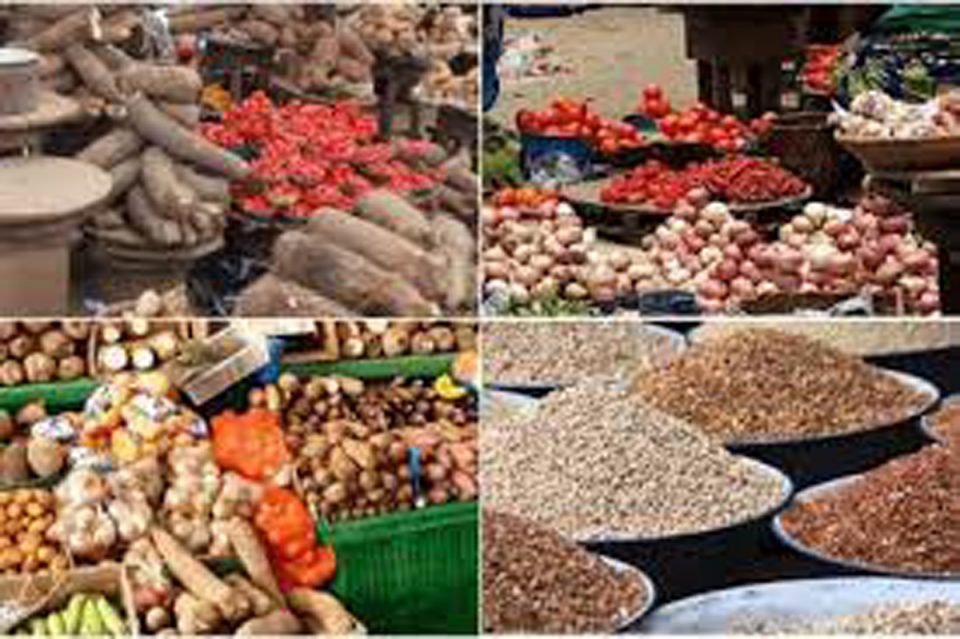 Some consumers in the North-Central have expressed concern over the current high prices of foodstuff and cooking gas in the zone, urging government to intensify measures to address the situation.

The citizens who spoke in a survey conducted said the situation was making life unbearable for them.

A Lokoja-based civil servant, Mrs Comfort Ocheje, said the situation had become so intense that an average family of five now required double of the amount of money it used to take to feed in a month.

Mrs Biodun Aledare, a housewife doing petty trading, also lamented the situation and called on the Government to intervene.

One kilogram of the LPG product which sold for between N300 and N350 now goes for N550 in the area.

On their part, Haruna Mustafa, Blessing Samuel and Thelma Peters, also decried the situation and urged government “to act fast to ameliorate the sufferings of the people”.

During a visit to DOA Gas station, phase II, Lokoja, the manager, Mr. Achile James, attributed the increase to the reintroduction of the additional value added tax on the product.

A senior staff of Yisab gas plant, Mr. Isah Musa, said the increase in the cost of cooking gas had affected sales.

When contacted, the Acting Controller, Department of Petroleum Resources in Kogi, Engineer O.G. Ogbe, said the increase was as a result of the increase of VAT on the price of gas.

Speaking on the issue of rising cost of foodstuff, the Kogi Commissioner for Agriculture, Mr David Apeh, said government was doing everything to encourage Agricultural production, especially production of food crops to alleviate the scarcity.

Apeh also said the State Government was committed to ensuring food security to wipe out hunger and poverty in the state through adequate attention to the development of the Agriculture sector.

He said the government had often demonstrated the commitment through timely payment of Counterpart Funds for development partners and donor agencies interventions in the Agriculture sector.

Also speaking, Alhaji Sani Abdulganiyu, Permanent Secretary in the state Ministry of Agriculture, advised farmers to ensure that they minimised post-harvest loss of crops to avert further increase of the prices

“We appeal to our farmers to pay more attention to their crops so that they don’t have a lot of wastages in terms of a post-harvest production,” he said.

Oladimeji said the high exchange rate affected every facet of the economy as the country relied on importation of both physical goods and services including raw materials for the nation’s industries.

According to him, the effect trickles down and affects almost every product in the market.

For Alhaji Ogirima Bello, Managing Director of Kogi Agricultural Development Project (ADP), part of the solution to increase in prices of foodstuff was massive production of foodstuff for supply to outweigh demand.

To achieve this, he said, efforts should be made by successive governments to engage more agriculture extension service workers to aid farmers by deploying relevant technologies to improve yields.

In Makurdi,Mrs Judith Amo, a consumer said that she was the sole bread winner of her family after the demise of her husband several years ago, and that due to the high prices of foodstuff, she had reduced both the quantity and quality of food consumed by her family.

“I made them to understand that they must not eat to their full because things are very difficult but only eat to be alive,” she said.

Mr Thomas Nyam, a consumer, also said that his family was not consuming the same quality and quantity of food again owing to the high cost of food items.

“The essence is just to eat in order not to starve completely.

“If we insist of consuming the same quantity and quality of food we might end up starving for some days because the amount of money that we used to buy a lot of food items cannot get us same items at same cost now.

“So, we decided to reduce the quantity and quality of our meals. To me, this is the best thing to do,” he said.

Mr John Asua, also a consumer, said that he had stopped buying beans in his house because of its high cost; instead he would buy noodles.

“We cook the noodles with either rice or yam. We have forgotten completely about three square meals,” Asua said.

The Benue Director of Agricultural Services, Mr Thomas Unongo, said that both the Federal Government (FG) and State Government were working round the clock to address the situation.

Unongo said that it was in view of that, that the federal and the state government gave farming inputs to people.

“In Benue, Gov. Samuel Ortom always advises residents not to leave any land fallow for whatever reason but cultivate all farmlands.

“The governor even encourages people to have gardens at their backyards. This will go a long way in reducing their burden of buying every food item because they must have cultivated some by themselves.

“The governor is doing pretty well to prevent hunger and starvation but the cost of food items is a factor of many variables which is far from the agricultural sector,” he said.

Similarly, a Jalingo-based consumer, Mr Joel Yaji, expressed worry over what he called, the daily increase in prices of food items and cooking gas.

Yaji said that with his salary which had not been increased, he could no longer feed his family well.

“I thought then that when harvest starts, the daily rise in the prices of food items would stop, but there is no difference.

“Farmers are currently harvesting maize, rice, groundnut, pepper among others but the prices remain very high.

“To make matters worse, the price of cooking gas which has become the most common means of cooking in many homes has also sky rocketed with a kilogram jumping from N400 to over N600,” he said.

Hajiya Amina Yahaya, another resident of Jalingo, also complained about the hike in prices of foodstuff and cooking gas.

Yahaya said it was shocking that a measure of gari was being sold for between N900 to N1000 at the moment.

She equally lamented the daily rise in the price of cooking gas which was now commonly used by families.

According to her, the sharp rise in the price of kerosine pushed people massively into the use of cooking gas only for it to also become something else.

Alhaji Iliyasu Ajibu, the Taraba Commissioner for Commerce and Industries said the rise in the prices of food items was due to shortage of supply of the items in the market.

“There is scarcity of food items and cooking gas in the market due to the COVID-19 pandemic which has generally affected global trade.

“Since Nigeria is not self-sufficient in most of the food items, there is noticeable shortage of supply and the demand remained high, hence the continuous rise in prices,” he said.

Ajibu advised governments at all levels to redouble efforts at achieving food security in order to tackle the rising prices.

Meanwhile, a resident of Lafia, Nasarawa State, Mrs Rebecca Adigizi, has appealed to the Government to devise a price control mechanism to address continuous rise in price of essential commodities.

And Mercy Bako, a Restaurant operator in the state, said she was no longer making profit due to the increase in the price of foodstuff, while Abdullahi Musa, another resident, said his family had resorted to using kerosene and firewood to cook as he could no longer afford cooking gas.

In his response, Mr Emmanuel Alanana, Programme Manager, Nasarawa State Agricultural Development Programme, said the State Government had during the year distributed fertilisers, farm inputs and improved seeds at subsidised rates to the farmers as part of its efforts to boost food security in the state.

Meanwhile, a restaurant operator in Minna, Niger,Hajiya Rasheedat Abdul’Aziz, said she had not been breaking even since the prices of foodstuff began to rise in the market.

“Right now, we are not making any meaningful gain unlike what it used to be ten to 15 years.

“There is nothing we can do now but just to keep life going, operating a restaurant now is no longer lucrative because of the daily increase in the prices of food stuff,”Abdul’Aziz said.

She advised governments at all levels to come up with strong policies to improve small scale businesses in order to combat hunger and to grow the economy.

In Jos, Mr Andrew Pwanagba, says he spends more than double of what he used to spend on foodstuff due the high, while his salary remains almost the same.