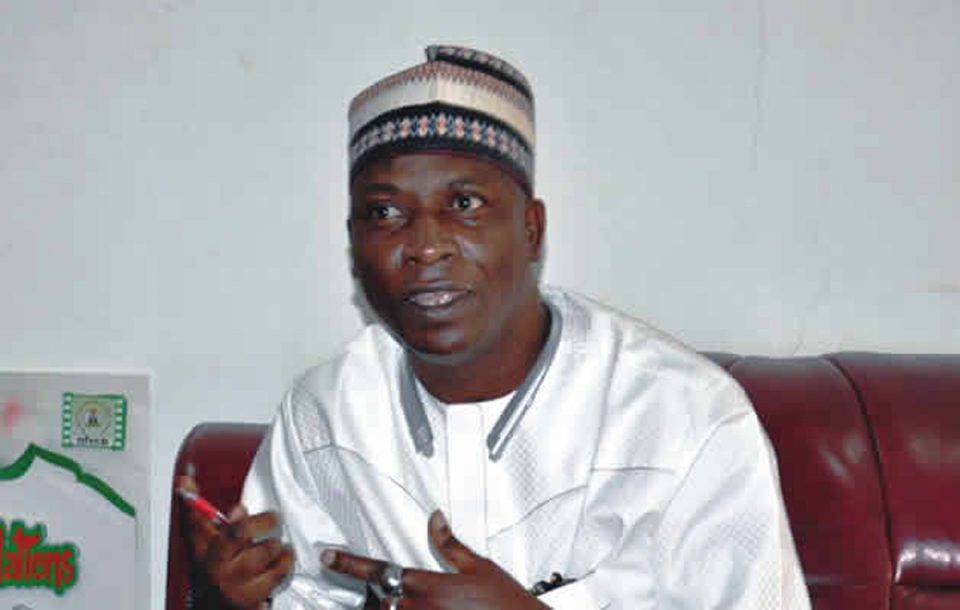 The Director made the disclosure during a courtesy visit to the National Secretariat of the Nigeria Union of Journalists (NUJ) on Friday, in Abuja.

The Director, who was received by the National president of NUJ, Mr. Chris Isiguzo, and his management team, described the visit as a ‘home coming’ following  his recent  reappointment as executive director of the agency.

He explained that he was visiting the NUJ to formally acquaint the leadership of the union with the steps the board, as the regulator of the second largest film industry in the world, had so far taken to reposition the agency.

According to him, the present board was moving in a direction that was aimed at repositioning and rejuvenating the agency for improved growth and development.

“The film industry in Nigeria is currently the largest employer of labour with its exponential growth.

“In 2019, CinemaCon, the largest gathering of movie theater owners from around the world, celebrated Nigerian Cinema with an ‘Emerging Market Award. An award Nigeria still holds till date.

He noted that from an initial 20 cinema houses in 2017, the number in the country had dramatically increased to 62 at present.

“The feat was achieved due to the commitment and determination of governments to economic diversification.

“The film industry is “the new oil” that can attract investors, create jobs and boost the nation’s GDP, if adequate attention is given to it,” Thomas said.

The executive director described the NFVCB as the Federal Government regulatory agency established by Act No. 85 of 1993, to regulate the film and video industry in Nigeria, saying that it was empowered by law to classify all films and videos, whether imported or produced locally.

“It is also the duty of the Board to register all films and videos’ outlets across the country and to keep a register of such registered outlets, among other functions”, he added.

He also said that among its other functions, the board primarily contributes to the positive transformation of the Nigerian society, through censor of films and the video content to promote decorum and decency in their production.

“We balance and preserve freedom of expression within the ambit of the law, by censoring film content.

“We sustain stakeholder engagement, through rigorous capacity building of our workforce to enhance enforcement operations.

“We also build partnerships with relevant agencies to resuscitate the board’s National Task Force (NTF) that had gone comatose”, the executive director said.

Thomas noted that as the board’s enforcement arm, the task force, comprising NFVCB staff, industry stakeholders and security agencies, was mandated to lead the board’s fight against unclassified films and exhibition centres across the country.

“The Task Force had launched an aggressive nationwide raid on outlets selling illicit films and video content”, he noted.

Thomas used the occasion to congratulate the NUJ National President over his recent re-election for a second term of office, citing it as an indication that collectivity, members of the union appreciated his good work.

He lauded the goodwill and support that the board had always enjoyed from the Nigerian media by supporting its activities.

In his remarks, Mr Chris Isiguzo, expressed delight at the NFVCB management’s visit and pledged the union’s willingness to work in partnership with the board for sustainable growth and development.

He explained that the creative industries and the media worked hand-in-hand, while the media informs, educate and also entertain, the industry captured the last function of the media by continuing to tell us our own story.

Isiguzo said that by regulating films and the video industry, the board was doing a great job in addressing the country’s areas of problems and challenges. ” You are protecting and championing our values and traditions” he added.

According to him, the Nigerian film industry had grown exponentially over the last decade to overtake India’s Bollywood and was now competing to a very large extent with Hollywood.

The NUJ president called on the Federal Government to reconsider the creative industry by investing hugely in it, to accelerate its development.

“The industry is no longer for entertainment alone, but it offered great opportunities in creating a lot of jobs for the youths.

“We always see new faces every day in the industry, assuming this industry is not waxing stronger, joblessness would have pervaded everywhere”, the NUJ president said.

Isiguzo urged the board to redouble its effort in fighting against piracy by checking the activities of pirates, while calling on it to ”activate all the necessary legal instruments to make sure that people who engaged in pirating are brought to book”.

He commended the executive secretary for his tremendous efforts in ensuring that the staff were trained and sponsored to travel for film festivals across the globe.

Similarly, Isiguzo also congratulated the director on his reappointment, urging him to continue to reposition the agency to greater heights.

FG decides on interstate travel ban, others next week

France to coordinate choice of next IMF head by July end

How nepotism, injustice by Buhari’s administration fueled insecurity, by Wike