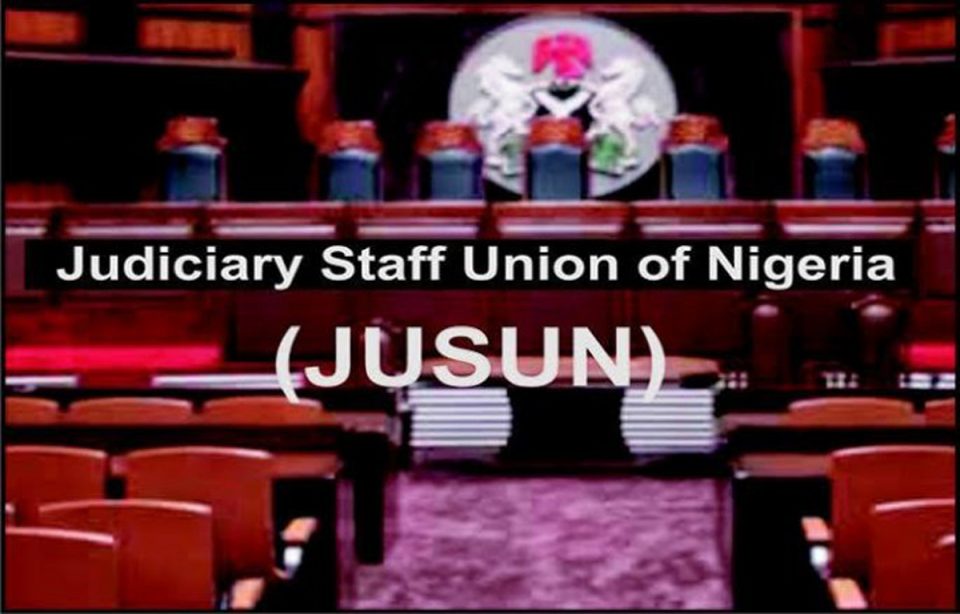 Negotiations between governors of the 36 states and the Judiciary Staff Union of Nigeria over the union’s demand for the financial autonomy of the judiciary at the state level may have hit a brick wall as the union gears up for another long-drawn battle with governors.

JUSUN had in April embarked on a nationwide strike that lasted over two months in its push for the implementation of financial autonomy for the judiciary in the 36 states.

For the entire two months, courts were shut nationwide and the country’s justice system was crippled, with detainees in prison or police custody, as well as businesses involved in legal disputes, bearing direct brunt of the industrial action.

Eventually, the National Executive Committee of JUSUN, on June 9, 2021, announced the suspension of the strike, citing the intervention of the National Judicial Council and other stakeholders for the decision.

The suspension of the strike was communicated through a communiqué issued after an emergency meeting of JUSUN’s NEC in Abuja.

The President, Major General Muhammadu Buhari (retd.), had last year signed Executive Order 10 for the enforcement of the constitutional provision of financial autonomy for judiciary at the state level.

But the 36 state governors kicked against the Executive Order.

However, in May, the governors and JUSUN signed a Memorandum of Action for the full implementation of financial autonomy.

The parties agreed in the MoA that “respective states shall credit the accounts of each state House of Assembly and each state judiciary with the pro-rata amount due to each of the two arms of government under the 2021 Appropriation for each state.”

As of June 9 when JUSUN suspended its strike, the MoA had yet to be implemented.

Sunday PUNCH learnt that about five months after the strike was suspended, many governors have yet to grant full financial to the judiciary in their states.

The National Treasurer of JUSUN, Jimoh Musa, told this newspaper that 92 per cent of the states have refused to honour the MoA.

He said, “I will say 92 per cent of the states are not complying. You will find that there are one or two states that are friendly with the judiciary but that is not enough to say that they are complying with the constitutional provisions of this country.”

Musa said JUSUN was disappointment that after the suspension of the strike in June following the intervention of the Chief Justice of Nigeria, Justice Tanko Muhammed, the “government have turned the whole issue into political and playful issues.”

The JUSUN treasurer said, “They have not done anything about it, rather some states will just tell you that they have passed a law; the governor has not assented to it and up till this moment nothing had happened and we are keenly watching them because there is a committee put in place by the NJC that is going round to make sure that this thing is (pushed) behind us. So, we are still expecting the committee to come out with their report.”

Musa was JUSUN would have no other option but to go back on strike if the governors continued to default, adding that the next strike the timing of the next strike would be strategic in a way that will frustrate hearing of pre-election cases in court ahead of the 2023 general elections.

He noted that courts across the country usually witness a flurry of political lawsuits, arising from disputes from political parties’ conventions, congresses and primary elections.

He noted that JUSUN’s next strike would be planned to put politicians under pressure because of the fact that election-related cases must, by the provision of the constitution, be dealt with and resolved in three months.

Musa said, “They have to understand that the judiciary is the last hope of the common man and it should be respected because they need us more next year and we will be there, waiting for them; we will hold them to ransom.

“When I say they need us more, that means the judiciary is the last hope of the common man and next year will be their political time when they will be running up and down, wanting the courts to do their biddings. I don’t think the courts will be there for them. We are waiting for them seriously.”

Musa said of all the demands of JUSUN, financial autonomy was the most important demand because “money controls everything.”

He said, “When you don’t give the judiciary the free hand to operate financially, that means there is no autonomy in the state. You will go to states and you will find out that the Commissioner for Finance of the state controls the salary of the judiciary; they determine what comes to the judiciary, that is not autonomy at all. We are patiently respecting the highest organ, the CJN of this country and it has set up a committee headed by the Emir of Lafia, who is tirelessly working on the matter, trying to visit the governors to make sure they do the needful.

“But peradventure, if at the end of this nothing comes up, we cannot guarantee what will happen because we are planning to meet latest in the first quarter of next year, January or February.”

JUSUN contended that the Accountant-General of the Federation ought to have acted within the law by deducting from source, money meant for the judiciary and hand it over to the National Judicial Council for onward delivery to the head of courts in the states.

A Senior Advocate of Nigeria, Chief Mike Ozekhome, said he was not surprised that the governors refused to abide by the MoA after JUSUN called off the strike.

“When they were calling off their strike due to pressure from the Bench and Bar, I knew they would achieve nothing. We are dealing with governments at all levels that cannot be trusted for anything. Ethics and morality have taken the back stage. Governments now lie to the citizens. Transparency and accountability have gone to the dogs,” Ozekhome said.

The SAN advised JUSUN to consider deploying “an order of mandamus against any governor that refuses to abide by its provisions.”

He said, “Any further JUSUN strike will hurt an already battered economy very badly; international investors will continue to run away to friendlier countries. A nation without a stable judiciary to settle business and corporate disputes is not an investor’s dream place.”

Also, the Chairman of the Nigerian Bar Association Section on Public Interest and Development Law, Mr Monday Ubani, said, “We told them (JUSUN) not to call off the other strike but they still did. I do not think the NBA will be ready to fight for them this time. We told them not to call off the strike until they are sure that the governors are ready to comply with financial autonomy. What do they want the NBA to do?

“I do not know why we should go back and forth on this issue. I heard one governor saying he is not going to comply but he has been attacking the Federal Government over the same issue.

“I think the Judiciary Staff Union of Nigeria should sort themselves out because they did not do well by calling the last strike. We had supported them 100 per cent; if they really want the NBA to support them, they should reach out to the leadership. We can still have a round-table discussion to iron out the issues.”

A former Commissioner for Education in Ondo State, Remi Olatubora (SAN), advised JUSUN to enlist the support of the NBA in the push for financial autonomy for the states’ judiciary.

Also reacting, another SAN, Mallam Yusuf Ali, wondered why the matter of autonomy for the judiciary had dragged for long.

Ali said, “Any form of industrial action affects the economy negatively. Now, a strike by the court is not only economic, it affects the social fabric. It leads to unnecessarily long incarceration of people who are awaiting trial. It disrupts the flow of economic litigation. It puts the government in a bad light. The issue with JUSUN is a simple matter. Our governors should sign up that the judiciary should be financially independent of the executive. Simple! I don’t see why this should be difficult. Of the three arms of government, the judiciary has the best educated people. If the executive can manage its own finances; the legislature can do so, too; why then is it difficult for the most enlightened arm of government to manage its finances?

“It is unfortunate. It should not degenerate to this level because it is a constitutionally guaranteed point for the judiciary to be able to access its fund, administer it and be accountable for it.”

Similarly, Mr Babatunde Ogala (SAN), said, “They (JUSUN) are asking for judicial autonomy as prescribed by law. However, I think that in taking industry actions, the union itself would need to isolate cases where the states and the relevant authorities have all implemented this autonomy. I know in Lagos during the last strike, the state chapter of JUSUN said they didn’t have any problem.

“I will like to appeal to the union to please not let us paralyse the justice sector again. We have yet to recover from the long strike of early this year. Up to today, cases that ought to be heard and concluded are still being rescheduled.

“People whose liberty had been unjustly compromised and curtailed have yet to recover. There are persons whose detention cases did not go on for so long. You cannot punish everyone for the sins of a few. The states should also do that which is right.”

Another SAN, Robert Emukpoeruo, said it would take an amendment to the constitution to finally lay the struggle for financial autonomy for the judiciary to rest.

He said, “I know that this ongoing constitutional amendment has a proposal that would take care of this particular problem. Until that is done, we’d have this back and forth issue of the judiciary not really being fully autonomous. It is a constitutional constraint; that is the real problem. The real solution is to amend the constitution and let the judicial arm and by extension, every arm of government, be financially autonomous.”

Let’s use our diversity for prosperity, Tinubu urges Nigerians

Can Siemens Solve the Power Jinx?