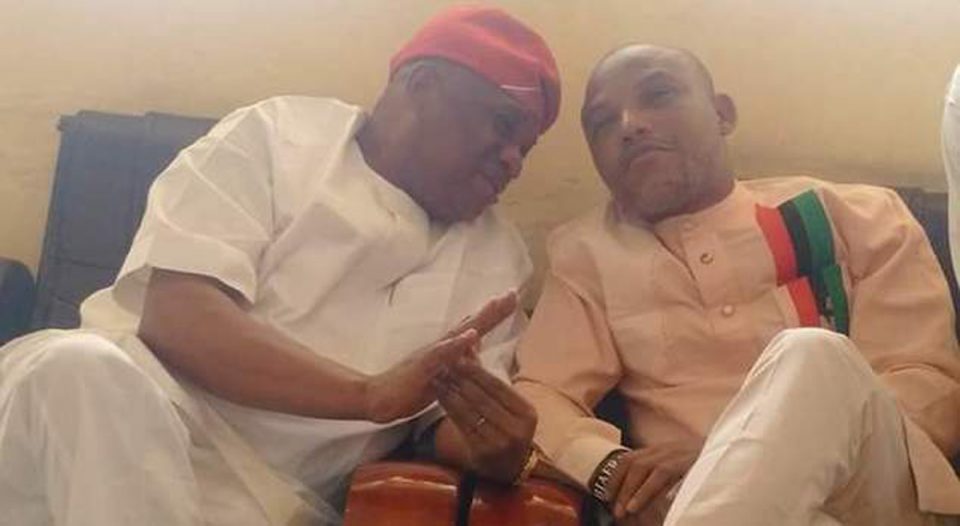 The Chief Whip of the Senate, Orji Uzor Kalu, said he visited the leader of the proscribed Indigenous Peoples of Biafra, Nnamdi Kanu, in the custody of the Department of State Services on Monday afternoon.

Kalu, in a statement personally signed by him and made available to our correspondent in Abuja, said the IPOB leader was in good health and under proper care.

The former governor of Abia State added that he spoke with Kanu as a brother and told him the need to consider the consequences of certain actions that he would be taking.

“I met him in good health and care and we discussed as ‘Umunne’.

“In 2001 when I was Governor, I made his father Eze Israel Okwu Kanu, the traditional ruler of Akwara Ukwu and since then the family has been very close to me.

“I understand that Nnamdi has an insane amount of people rooting for his back home and I encouraged him to consider the consequences of certain actions and utterances for the sake of the same people.

“Even though my ideology and his ideology are totally different, God has made us brothers and we can’t run away from each other.

“I owe him and Nigerians good counselling whether he and his family listen to me or not.

“I will continue to counsel him as I have always done in the past. What we need most is a peaceful and secured society.”

Vehicle prices to increase next year’